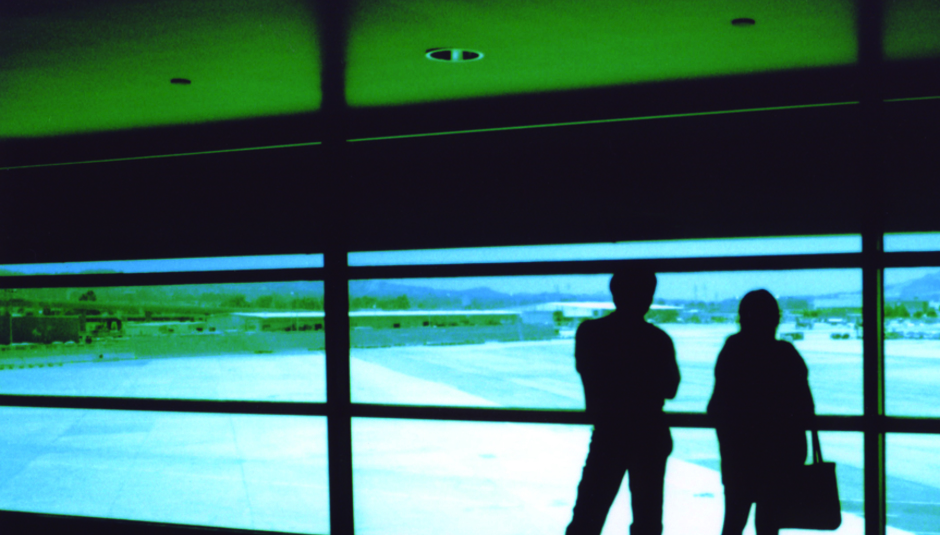 Out of everything featured this week, Thorsten Sideboard’s Highpoint Lowlife label stands out as an anomaly, not least because it has existed in some form since before what became known as dubstep had even begun to escape from its South London crucible. And over the last few years it has had very little to do with the evolution of that genre specifically, instead focusing on the odd hinterlands where genres intersect – formless noise blending into electronica and indie rock, hip-hop, techno and, in recent years, latent influences from the expansion of UK bass music. So a quick word of admission then: this week offered the perfect opportunity to feature one of my personal favourite record labels, despite the fact that it fits loosely at best with its overarching theme.

In any case, the last few years though have been particularly fascinating to witness, as Highpoint Lowlife made the transition from a label focused on physical products to primarily digital distribution. In doing so they forged an inspirational path, making roundly excellent full-length albums available for only a fiver, and even less for EPs – and selling through its own website, they were able to generate enough income to support the label with far lower outside costs.

So the last few years have seen the label’s release schedule pick up momentum. The reduced costs of releasing digitally have allowed them to put out recent acclaimed albums from the likes 10-20, The Village Orchestra and Roof Light, as well as a host of other smaller names. And as the scene that grew from dubstep has gained momentum and begun to infiltrate other sounds, its presence has gradually made itself known in subtle, subconscious ways – sub-bass bubbling up through the aquatic hip-hop of 10-20 and lending extra weight to TVO’s techno hybrid tracks and genre-bending DJ sets.

At this point his label has never been in greater health, but Thorsten has chosen to finish its tenure this summer to focus on other projects. His label biography, also on the site today, explains a little about its history. Still, as the Highpoint Lowlife story is coming to an end it also seemed appropriate to snare him for a short interview, where he reveals a little more about the label’s story and the exclusive mix he’s recorded for us. DiS: When you first started the label, did you have any inkling that you’d still be running it nearly a decade later? And was it ever intended as a long-lived thing?

Thorsten: No, absolutely no idea! Although in saying that, I don't think anyone ever really plans ahead like that when you're starting out, you just go with it and its only retrospectively you realise how long you've been involved in a project.

Was there a particular aesthetic you intended to pursue with the label - either artistically or musically - or was it more of an organic thing? I feel like there's a very strong common thread running through everything on Highpoint Lowlife, though I'd be hard pressed to put my finger on what exactly it is...

Yeah, although the roster evolved in a very organic manner, from the beginning there was a conscious decision to focus on music that was personal, from friends and like-minded people. It was always based around the assumption that our taste would never be unique - that is, that if we simply focused on music that sounded good to us, that we wanted to listen to, there would invariably always be somewhat of an audience who agreed and would want to listen also.

Obviously you were very involved in the digital face of the music industry from the very beginning, and able to adapt quite quickly to changes as a small label. How did you find the process of adapting to changes in musical consumption – and how challenging was the final shift from physical to digital?

There was definitely something of a stigma attached to non-physical releases to begin with, but I think that was purely an anachronism of the time and looking back, it seems funny to think that way. It's still lovely to have a physical object – I do love having a vinyl release, holding it in your hands, feeling the weight and tactility of it; however CDs were never a nice experience, the squashed 5" artwork, the growing mass of homogeneous and fragile jewel-case covers littering your desk and shelves. I find it frustrating when labels deliberately hold back the digital release a week longer than the physical, as if they think somehow it will stop piracy or force people to buy the physical version - some people want physical and some want digital, they don't encroach on one another, and I find it arrogant of a label to try to force me into their preferred format. If someone has just released an album and I want to buy a copy of it, to pay them money for it, it just strikes me as daft that they won't let me. Chances are by the time the following week has rolled around, I will have found a leaked copy to download for free and that I'll just spend my money on something else.

Do you have any particular opinions yourself about the digitisation of music, and the shift away from a physical product to something essentially intangible?

I believe there is still a special place for a physical object and well-thought out design to accompany musical works, but I feel that it can be something different and special, now that it's no longer an essential component. Again going back to the example of a CD, for several years it was common to buy the CD, use it once to rip mp3s from it, then for that disc to sit unused and unneeded on your shelves. That's not artwork, that was just a temporary distribution and backup solution until we received ubiquitous bandwidth, and worked out some basics for how a digital music economy should function. Looking back more historically, music has always been intangible, however we've grown so used to the idea that music is a commodity "product", when it's actually something so much more, it's a feeling, an experience, a social event or a private one.

Do you see the future of music distribution and consumption as lying primarily in digital media? And by extension, do you think that the future lies in smaller, relatively niche labels like Highpoint Lowlife, rather than impersonal majors?

I've always believed it will be a combination. Digital is the more convenient and cheaper method for distribution and consumption, and as such will definitely be the standard. Conversely though, that opens up an avenue to be explored, where the physical and tactile are given back the magic and special feeling that were so often taken for granted, where you are aware of the time and effort spent in the design and construction. Niche and specialist definitely seem like the future to me, however I never believe it’s that black and white - it's not like niche and mainstream can't exist side by side, it's purely a personal preference.

There have been huge shifts in electronic music over the time the label’s been around – and in the last few years, as your label has become more prominent, the rise of dubstep has been a huge thing. It seems to have had a real effect on electronic music far outside its expected spheres of influence.

I agree, I think dubstep has had a massive invigorating influence on the whole electronic music world. By 2004 electronic music was looked pretty flaccid, with IDM being a dirty word, but dubstep got me out clubbing again after a couple years of not having been interested in house and techno. That physicality brought about by large soundsystems, and that space to breathe provided by the halfstep beat opened up a lot of room for experimentation and thought. It created a massive splash, and its effects are still rippling and mutating through the production world.

What does the future hold for the artists currently operating on Highpoint Lowlife? Some of them – 10-20, TVO, Hot City, Roof Light – seem to be making a real name for themselves, and I presume they’ll move onward and carry on doing other things?

Yeah, most definitely, I can see big things coming for them all - Roof Light has some other pieces coming out soon on Styrax and L2S, while Hot City has officially signed with Moshi Moshi records, with an album due for next year. TVO has just started his own label called Broken20 - which I think will really make a name for itself. 10-20 has been working on some great new stuff, and has a few pieces due out soon on compilations

Could you tell me a bit about the mix you’ve recorded – what’s on it, what range of stuff, any particular theme, etc?

I wanted to reflect the history and scope of the label, but it was quite hard to do that within an hour’s mix, and as such it shows more of the beat driven electronic side. There are a couple of key things missing - the guitar influence (apart from the opening Mandelbrot Set track) such as the releases we had from Like A Stuntman who were a big part of the label for a couple of years, and also Fuck-Off Machete; The ambient side of things also isn't well represented: the work we've released from Pausal and Alpine, Ruaridh/TVO's more ambient side, and Erstlaub (although the Daigoro track finishing the mix is also by Dave Fyans from our compilation of Scottish electronica). Having said all those disclaimers however, I think it's a good, fair representation of the spirit of Highpoint Lowlife and features most of the artists we've worked with over the years. Hope you enjoy it!