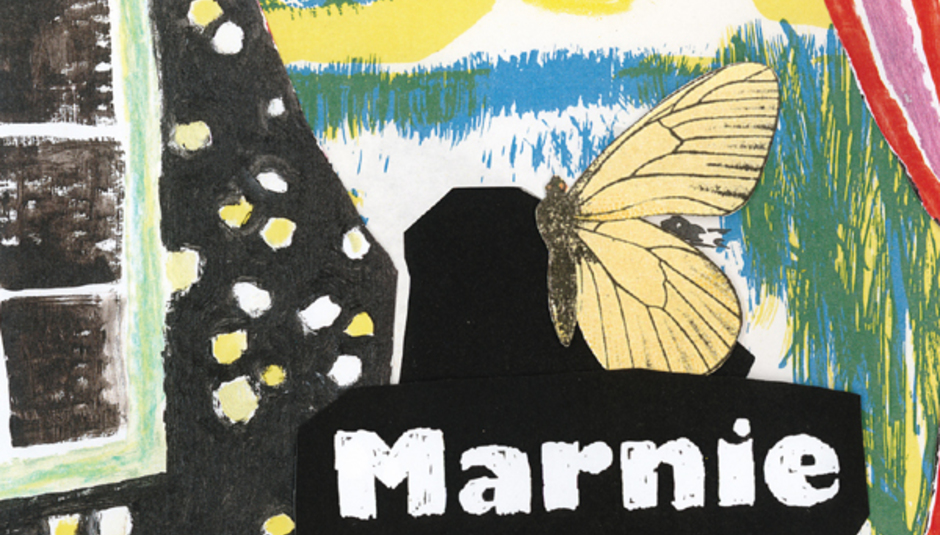 There’s a track on Marnie’s forthcoming record called ‘Female Guitar Players Are the New Black’, which (for the moment) has a rather delicious ambiguity to it. Does she mean something like John & Yoko did, with a certain cringeworthy song, or that no matter what she achieves on some (non-existent) objective scale, it’ll be eclipsed by the dictates of fashion, with its hateful tokenism? Or both – that any glowing praise conceals the tacit prejudice of low expectations? We’ll see…

As you probably know, DiS staffers are supposed to choose the most remarkable records of the past ten years to ensure you read something you haven’t already seen ten times over, and maybe even check out something genuinely new, rather than just totting up votes, and then seeing who gets to write about Radiohead, Arcade Fire, and so on. These are unlikely to be populist records, although it’s worth pointing out that Broken Arm does indeed sit alongside Personal-Top-Ten-Records-of-the-Decade like Joanna Newsom’s Ys and Sleater-Kinney’s One Beat, even if it’s more often compared to the work of avant-guitar noise-maestros like Lightning Bolt, Hella/Zach Hill, Orthrelm/Ocrilim, and (by Marnie herself) Ponytail, who probably come closest by virtue of being Capital-F FUN.

Four years on, is this a great record before its time… or an acquired taste you can be forgiven for ignoring? Thing is, even in a post-Riot Grrrl world, it’s hard to get past a lot of the aspects of Marnie Stern’s sound, vocal stylings, and presentation that make her such a “demented lab experiment” (as one DiS staffer put it). Objectively, we know that Joanna Newsom is brilliant because we keep listening for pleasure rather than admiration, whereas Marnie Stern still takes a little more effort. That’s to say, she sings with the (sometimes sped-up or processed, almost always shrill) voice of her prodigious inner child: eager to please; bruised by public opinion; exaggeratedly feminine without going down the Kim Gordon route; entirely indifferent to the Kinder-whore dialectic; emotionally attuned to a degree you could call Proustian, for the way she piles on metaphors and nuances of feeling, placing you in the whole of history and myth’s panorama. I've compared this to Bjork's Vespertine for the intricacy with which Marnie depicts (female) subjective, inner experience, but the appeal isn't some vicarious imaginal penetration, it's far more cerebral, and opens out onto the ways that we relate to life, not just lovers. Given that Marnie weaves into the record her narrative of personal struggle against the odds, and her own mantras of self-affirmation, it’s also sad & brave & emotionally generous in a way that compares to another Top Ten Record of the Decade: The Wrens’ Meadowlands, with its own narrative of failure and adult ennui.

Second obstacle: the lead guitar shredding. Everyone knows two of the records namechecked by Marnie on 'Logical Volume' (“This is my 'Thunder Road'! / This is my 'Marquee Moon'! / This is my Orthrelm!”) but you’re still more likely to think Wyld Stallyns (i.e. Bill & Ted’s band) than any of those three, including sound-sculptor Mick Barr. Here’s why it works, though: whereas the excruciatingly noodley guitarists who sprayed sonic jizz all over the 80s were taking the spectacle and showmanship of 70s glam & metal to its logical conclusion, Marnie’s not just reclaiming something lame from the boys as a naïve gesture of emancipation (like Riot Grrrl at its most redundant, or Girl Power, full-stop). Instead, she’s busting out of the post-punk paradigm whereby new sounds (and hence new genres) come with each wave of new technology made available for home-recording, and hence subverted in the home, and pushed in new directions (cf. shoegaze, lo-fi, anything prefixed "garage-"; none of which exactly prioritizes musicianship). In other words, her records are full of the textures we non-musicians crave, but achieved through technique. Meanwhile – and this is why Marnie Stern should matter to you as a living, breathing, emoting person; not just a navigator of rock music’s backwaters – she juxtaposes the glam / futurist / hi-tech elements of her sound (and all their associations) with the awful truth that life can be very hard, very disappointing, very un-glam.

I’ve used up a lot of words acknowledging potential reservations, when there are dozens of lines worth quoting, like the jubilant moment Marnie yelps “The poet is truly the fire steal-er! / The poet is truly the fire steal-er!” realizing she’s part of some timeless myth, in the sheer pleasure and neural flow of creation; that words and sounds are actual electricity in your Promethean brain. Three albums in, it’s become clear that Broken Arm deliberately looks to the past – to myth, mysticism, classical and romantic poetry – to articulate that state of being outside time that Marnie alludes to in songs and interviews alike, when she’s practicing for 4 hours at a stretch. If the overall production is superficially similar to the second record (This Is It…), then the futurism of the latter makes the message unmistakeable. In places, on both, you might imagine that Marnie wants the guitars to sound brittle, inorganic and crystalline, because that’s what a rush of neurotransmitters looks like, on a molecular level, and this is what makes the songs like being inside a feeling more completely than ever before.

It’s a shame there isn’t space to talk about how the second record plays around with nostalgia for the 80s (hence the references to Back to the Future, ‘Road to Nowhere', etc., etc., plus the even glossier and more compressed production); that there’s a whole nexus of wistful ideas about striving for the impossible, trying to step outside your own time and space to find the love you’re missing… which lets you time-travel in the sense that it makes you feel like a teenager all over again.

Still, I urge you to listen to ‘Patterns of a Diamond Ceiling’, the closing track of Broken Arm, if you never listen to anything else. There, Marnie invites you to “picture yourself carving out a place” (switching on the echo), then introduces the “…self-eaters / their sound is weird (zhgjh…zhgjh… zhgjh)”, then shows you the “diamond slippers…on your feet (!clink! / !clink!)”, then the “late-comers / who back-shuffle forwards” (with a spiralling riff: duhnuh-nuhnuh, duhnuh-nuhnuh…)", and so on. It’s an impressive little game, until the crashing waves of the chorus hit, and a choir of multi-tracked Marnies drive home the point that there really is a world in here, one that makes the other world liveable-in, for being there as an escape, and above all - this is the solo-vocal - that imagination is a gift to be shared, not just to put you on the stage, where you'll only be more alone: “I’m not looking to find a pot of gold / the picture in my head IS my reward”. In short, this is everything a great album should be... or in Marnie's own words: 'raging animation'.