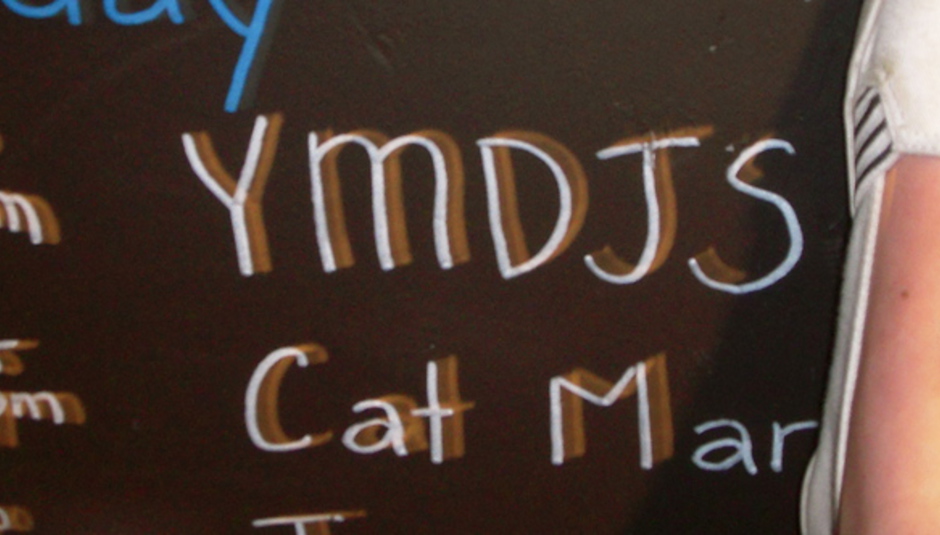 Ever since we toured the US with Mark Gardener, we'd felt there was space for our type of event in the US, and later visiting the upstate area where Woodstock was held, we reached the same conclusion as Michael Lang, (original Woodstock organiser): that it’s the perfect area for a festival – close to New York but beautifully rural and full of musicians.

From the moment we picked up our hire car at Newark airport and soared over the nightime industry of New Jersey and into the towering city, thinking "how is anyone here going to know we are doing a festival?", to the final chords of Born To Run strummed round a campfire in the Catskills at 6am on the last night of the festival, we were in a bubble of energy and enthusiasm trying to make our unlikely idea fly, to convince an audience of Upstate hippies, New Jersey rockers and Brooklyn hipsters that we held the secret of festival magic and that they should travel 2 hours into the wild mountains to join us for Truck America. The amazing thing is, we did, and they did.

On arrival in the US of A, my brother Joe and I headed straight off the plane for a midnight rehearsal with our drummer for our band Dreaming Spires for the duration of the trip, Chris Daly (of Jawbreaker and Texas is the Reason). Joe's wife Claire is from New Jersey, and seems to know every band ever from there! of course, Chris knew our songs better than we did. The following day, after a couple of hours sleep, we had our first warm up show at the famous Pianos on Ludlow St, with our Brooklyn compadres Common Prayer, whose leader Jason Russo (of Hopewell) also joined in on guitar with us. What followed was a month criss-crossing the North-East corner of America to drum up enthusuiasm and interest, cities like Philadaelphia, Albany, Kingston, and of course New York, appearances on radio stations with baffling call-signs - WDST, WFUV, WFMU, WKZE, and lots of time spent in the Catskills in Woodstock and the surrounding area.

The booking for the festival was along the lines of 6 degrees of Kevin Bacon; someone playing in the Mercury Rev orchestra was coming down from Martha's Vineyard (she turned out to be the fabulous NIna Violet), and her bus driver (see his big yellow school bus in the clip) was a certain Willy Mason. Our friends from NYC who had put us up on their floors many times also featured - Common Prayer, Cat Martino and Atlantic Pacific - and there was a memorable dose of tribal percussion from White Rabbits and Here We Go Magic. Of course, Joe and I made sure to play with as many of the acts as was needed! Our friends at Foglight Films made some great short films around the site with all these bands:

We'd been lucky enough to attend the wedding of Sean (Grasshopper) from Mercury Rev, who were to headline Truck America, which was held at the same location, the Full Moon Resort in Big Indian, about two and a half hours out of New York in a mountain valley lined by trees and the Esopus creek, so we had an idea what to expect (indeed many of the wedding guests also attended or played at the festival). The resort consisted of a large main building and various barns and cabins, with about 100 beds available, so the feel was as much like a large musical summer camp. We were lucky enough to have bestselling author John Niven with us to document and partake in the whole thing so I'll hand over to him: In terms of setting you'd be hard-pressed to find somewhere more idyllic: a collection of rustic cabins nestling around a frothing creek in the mountains. Were all this not enough, the sun decides to shine. All weekend.

A highlight on Friday is Willy Mason, who plays at one in the morning in a lofty barn. His care-worn voice accompanied by just guitar is perfectly suited to the hour and there's a magical moment during an aching "For the Need of Love" when two moths start chasing each other in a dusty beam of light 30 feet above Mason's head.

The following day sees the Jayhawks' Gary Louris playing a sparse, gorgeous set of acoustic songs before being augmented by a pick-up band featuring festival organisers Robin and Joe Bennett on guitar and bass. Having rehearsed just once that afternoon, no one looks more surprised and pleased than Louris when they tear into fluid versions of "I'm Gonna Make You Love Me", "I'd Run Away" and "Blue", inspiring the day's first mass outbreak of dancing.

Saturday-night headliners Mercury Rev are accompanied by an eight-piece chamber orchestra. The highlights of a stunning, ethereal set include "Car Wash Hair", "Tonite it Shows", "Opus 40" – with the packed tent singing along to the line "Catskill Mountains, buried dreams" – and a perfectly realised cover of Jackson Browne's "These Days", much closer in nuance to Nico's aching, bereft take on the song than to the original version.

Having spent much of the weekend playing in various backing bands and dealing with logistical problems Robin and Joe finally take their turn in the spotlight around midnight on the Saturday with their new band Dreaming Spires. Their tremulous, hugely melodic pop music is well worth the wait, too: Big Star by way of Gram Parsons and Teenage Fanclub.

A surprise guest on the final day is Michael Lang, promoter of the original 1969 Woodstock, held just along the road, who pronounces the event "Very, very cool. No sponsors... all about music in the country!" and, fittingly, the night ends with about 30 of the hardcore gathered around a blazing campfire to join in massed ukulele and acoustic guitar versions of the works of Neil Young, The Band, Springsteen and, um, Katy Perry.