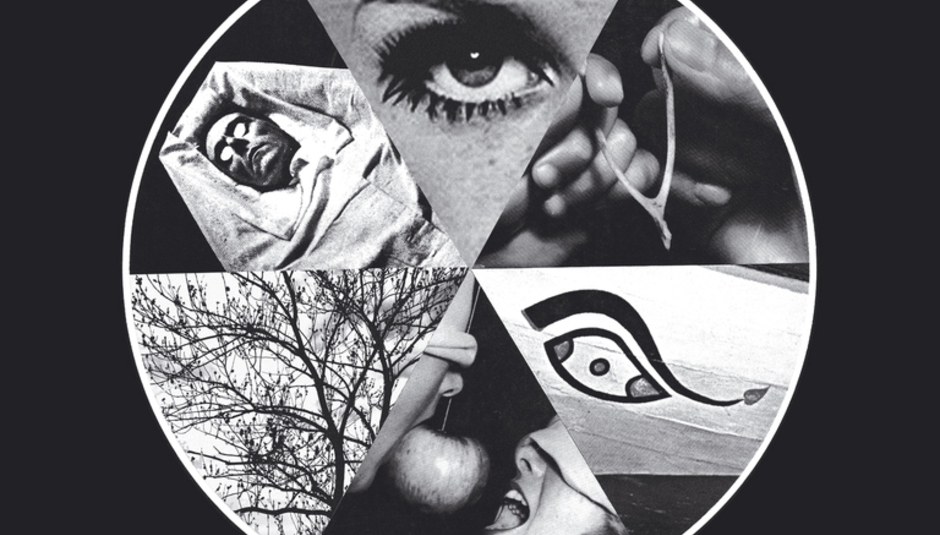 This month's mix comes from Hamburg's Solomun, who's been running the much loved Diynamic label since 2006. Operating in the strobe-lit basement between tech and deep house, he's released records on Sonar Kollektiv and Dessous, and recently contributed 'Sisi' on Mobilee offshoot Leena. He also produced the extraordinary 'Federgewicht' with Oslo's Ost & Kjex, which demands a spot in any discerning house music collection. Scroll to the bottom of the page to listen to and/or download the mix. The second of Demdike Stare’s three albums to be released in 2010 is more expansive than Forest of Evil, but no less unsettling. Chill winds blow through the spacey dub and massed choir of ‘Caged in Stammheim’; the Lovecraftian vastness of ‘The Stars Are Moving’ is eerily twisted by ghostly spits and scraps of acid techno that never cohere; the surface noise pattering down on ‘Regolith’s dark surface recalls Monolake’s ‘Watching Clouds’. Closing track ‘Matilda’s Dream’, short at 11 minutes, sinks you beneath ponderous synth pads pitched between promise and threat, and look back towards the similarly immersive introduction to the previous album’s ‘Forest of Evil (Dusk)’. This is a duo keen to plumb greater depths every time they take the boat out. Rephlex have done well to license this LP of darkside drum & bass from Subtle Audio: Macc and dgoHn have whipped up a maelstrom. Chunks of Rufige Krew, Doc Scott and a raft of Renegade Hardware alumni can be heard on these tracks, which take those influences and build on them instead of needlessly repeating vintage manoeuvres. The tear-out glower of ‘7C 1020’ gives way to the subtler flexing of ‘Forget Stuff’ and ‘Gever’s Krust-like minimalism. The churning rhythm and distant blue notes of ‘Mustard Greens’, like so much of this album, grabs your attention with force but then holds it with invention.

As items of found sound go, Schubert’s Winterreise, greatest song cycle of the Romantic period, isn’t half bad. The decision to interweave fragments of it into the present work was made while Max Richter was composing certain of these pieces for a Royal Ballet commission. This is an expanded version of that score. Richter cycles through wide-ranging styles. ‘infra 4’ reaches back to the Baroque, while ‘infra 7’ echoes the Vangelis-scored night-flight over 2019 Los Angeles that opens Blade Runner. The lachrymose ‘infra 5’, the most immediate piece here, hovers at Michael Nyman’s shoulder (which means Philip Glass’s shoulder probably isn’t far away), growing into its own near its conclusion as a tide of shortwave radio static washes over the string figures. That piece and ‘journey 4’ both traffic in Richter’s favoured state: a heavy sense of scorched emotional aftermath. Peverelist is to dubstep what Paul Auster's New York Trilogy is to the detective story: the pleasure lies in the way expectations are subverted. 'Better Ways of Living' has an eerie feel of being a hollowed-out core, as if the tune's been kidnapped and all that are left are tantalising clues to be puzzled over: a bumping 808 rhythm, a few delayed stabs and a two-finger post-hardcore melody. 'Fighting Without Fighting' operates slyly, too: a familiar rave pattern is bounced down until it sounds furred over and forgotten. Dubbed out hi-hats track across subdued kicks, which spray almost randomly. Then a sci-fi organ melody rises up, casting a chill moonlight on this fractured scene.

Two albums in 2010 means bliss for Autechre fans, and should do for all lovers of quality abstract electronica. Move of Ten doesn’t warm up so much as bring down your core temperature until you reach parity with it. It’s icy and for the most part more insistently rhythmical than Oversteps, and on ‘M62’ about as funky as this duo like to get. Somewhere between the winding bass signals and keening train whistles of dubsteppy ‘Pce Freeze 2.8i’ and the sleek gloom of ‘nth Dafuseder.b’, it becomes clear that this isn’t a collection of reformed offcuts: this is high grade meat straight off the metallic alien bone.

Although not in the same magisterial league as the last album in Sylvain Chauveau and Steven Hess’s On project, given time Something That Has Form... reveals the depths and details that might reasonably be expected from as astute a manipulator of sound as Christian Fennesz. The analogue dialling clicks towards the end of ‘Blank Space’ suggest a permanently arrested attempt to connect; the title track continues this wavering uncertainty, its Morse-like beeps hanging in space before Hess’s simple drum pattern earths them. It’s a subtly powerful centrepiece, clearing the ground for the heavy machinery throb and shivering hi-hats of ‘A Tardy Admission That the Crisis is Serious’, and the lulling drones of ‘The Sound of White’. Better with every listen.

The distinctive texture of Mount Kimbie productions has the blur of distant recollection about it, with scraps of disembodied soul and ghostly r’n’b draped over a very loose dubstep framework. Crooks & Lovers is a slight album, with fewer jaw-to-floor moments than might be hoped for by aficionados of their first two EPs. It’s no flop, though. Even in the more limited space of those 2009 releases, juxtaposition has been one of this duo’s most attractive traits. On Crooks & Lovers the rhythmically limping post-rock of ‘Between Time’ stumbles with an appealing contrast between glossier neighbours. ‘Carbonated’ submerges its naive melody in a found-sound fizz. They began in epic fashion with ‘Maybes’, title track of their debut release; ‘Would Know’ makes vague motions in that direction before settling into the more restrained mode where this album does its best work.

Foxes in Fiction – Swung From the Branches (Moodgadget) Foxes in Fiction is Toronto’s Warren Hildebrand. His debut album (previously available as a self-released cassette) swings with deceptive intent between the beatless wash of ‘Sleeping Building Unsuspecting’, several cases of shoegaze picking fragments of glitch out of its fringe, and the moreish astronaut-pop of ‘Memory Pools’. All this, plus the valuable lesson ‘8 29 91’ teaches about how to use extended spoken word pieces without them getting tired before the first listen’s over. Maybe The Books, addicted to besmirching their tracks with sub-Lemon Jelly wack(i)ness should take a leaf out of FiF’s primer.

Milanese improviser, producer and turntablist Giuseppe Ielasi put this album together employing, as far as I know for the first time, a grid process. Gathering sounds from sources as diverse as trickling water, creaking chairs and what might be the clack of pool balls, along with more traditional elements such as bass guitar, piano and organ, he's created an album that manages to feel loose and reflective - the basic rhythm pattern is a head-nodding boom bap - despite the rigid, mathematical nature of its organisation. The Jew's harp and sustained brass of '03' develop a tense atmosphere, but mostly the mood is a relaxed one: the knocking beat, atonal twang and incidental piano keystrokes of '02' is casual despite its intricacy. '05's digital bass undulations capture the mild euphoria of a sunny morning. The muted horn, grandfather clock tock, harp, guitar and snapped thumbs of '08' is an uncommon blend salvaged from a dream.

Various Artists - Dark Matter: Multiverse 2004-2009 (Tectonic) Bristol label Multiverse's retrospective is essential if you don't already have these cuts from Vex'd, 2562, Pinch and more. If you have, then it's not. listen.