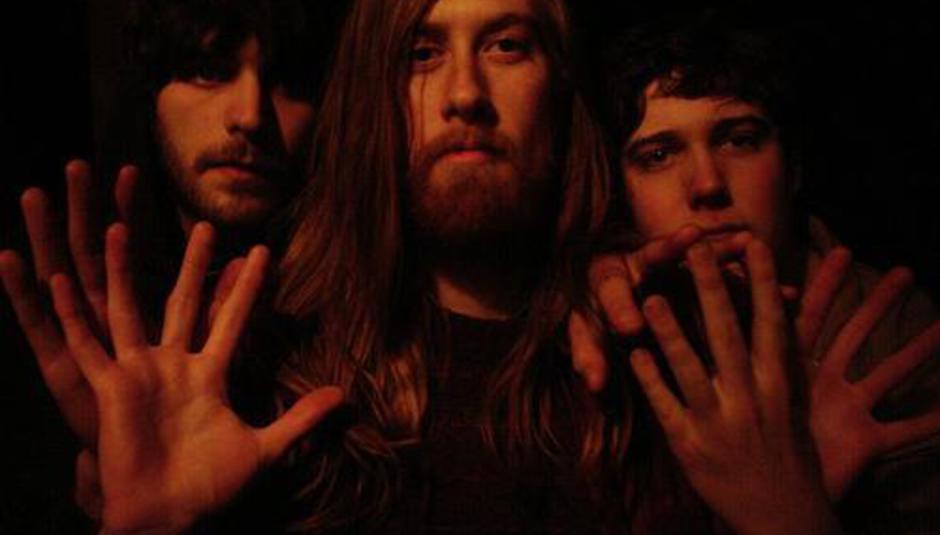 If 2009 was the year when shoegaze enjoyed something of a resurgence, then 2010 may well be remembered as the year surf-flavoured punk got all tropical on our eardrums. Alright, so the likes of Abe Vigoda already led the way a while back and although it's taken time for their genre-pollinating noisefest to catch on, there's been a host of bands on both sides of the pond making headway this year in similar fashion.

Sacramento's Ganglians aren't exactly new; their self-titled debut long player came out to barely a whimper of excitement outside of their hometown twelve months ago and while a buzz has slowly emanated via the power of internet blogs and good old word of mouth, its been a fairly slow process in attempting to raise their profile.

Of course the recent release of current album Monster Head Room to an almost unanimous fanfare of praise such as this has helped stimulate a wave of anticipation around their first full-length tour of the UK. Early reports from their Camden Crawl and Great Escape performances suggest Ganglians have a lot more to offer than your average cut'n'paste Beach Boys pastiche with faster riffs, and within a few minutes of their maiden visit to Nottingham its easy to see why.

First though, a minor criticism, not of the band or the venue, but the apathetic people of Nottingham. Sure, it's a hot Friday night four days prior to payday and forty-eight hours before England's overrated "footballers" will succumb mercilessly at the hands of Germany but tonight's turn-out was still disappointing, the Bodega only a third full by the time Ganglians take to the stage. While it's fair to say they're not household names - yet, at any rate - a modicum of interest wouldn't go amiss every once in a while, particularly from those constantly moaning that their city doesn't serve up enough new music.

Gripe over, it's fair to say such disdain resulted in their loss, as the captivating manner which Ganglians portrayed this evening - mainly, in no uncertain terms down to stick-thin and taller than a beanstalk frontman Ryan Grubbs - was simply a joy to behold.

Choosing not to work from a setlist, there's a fairly improvised manner about their set that suggests they're comfortable fitting in with whatever takes their mood, and even a lack of numbers out front doesn't dampen the spirits. Opener 'Rats Man' sounds like Girls with a heavy dose of John Bonham style tubthumping thrown in for good measure, while '100 Years' and 'Never Mind' mix surfing schtick with Wild West and C86 inspired flavours respectively. Its when Grubbs and co. - guitarist Kyle Hoover, bass player Adrian Comenzind and drummer Alex Sowles choose to go all eclectic on us that Ganglians' already other-worldly delights take on a whole new dimension.

'Hair' sounds like The Rapture had they been forced to sell their instruments and record their entire back catalogue in a portakabin, while the psychedelic folk of 'The Void' coupled with 'Valient Brave''s eloquent traverse between Liars mix and match territory culminating in a Haight-Ashbury style finale keeps the genre pigeonhole society guessing a while longer.

That they choose to end their show by taking requests - the chilled out lo-fi of 'Lost Words' equally poignant and beautiful whilst possibly usurping all that came before - speaks volumes about their carefree aesthetic, yet only tells half the story regarding Ganglians unclassifiable array of sounds. Despite their current two-month jaunt being almost at an end, there's no let-up for the entire hour Ganglians fill the stage, and if it weren't for the venue's ridiculously early curfew one suspects they'd have continued for the next hour as well. Marvellously erratic, yet structured all the same; Ganglians may just be the best band America's underground scene has spewed out and coughed over the Atlantic this year. Be warned...