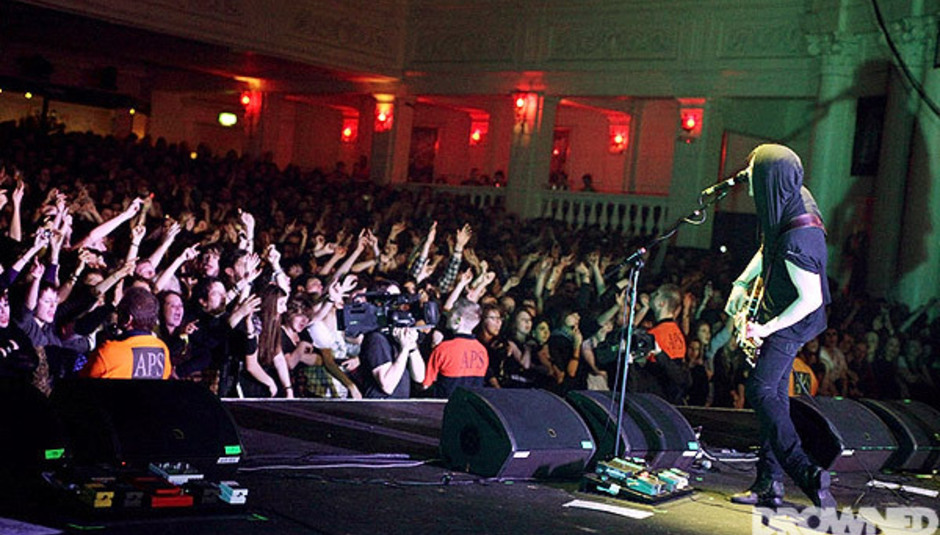 This pretty much is what it says up ^there^ in the headline: every week we take the week's content on DiS and compile some of the best bits as a Spotify playlist. Click 'n listen and read, it's THAT SIMPLEZ.

I've got a feeling people don't read all the blurbs we put with this, so please complain in the comments section below if this feels a bit tossed off and you feel horribly 'cheated'. I would write more but I'm trying to edit down my open letter rant to the BBC about this rumour they're getting rid of 6Music, it's currently 2000 words. I suspect it might have more impact if it was a touch more digestible and might help if I tone down my inner crazy person that hates BBC3. Join the Save 6Music Facebook group and spread the word about it too, innit.

The Maccabees 'I Drove All Night'
The lovely chaps have been out on the NME tour: In Photos. This is a cover obvs.

The Icarus Line 'Slayer'
We love them. They haz new singlez, lissen 'ere!

Richard Thompson '1952 Vincent Black Lightning'
He's a legend and he is curating Meltdown.

Caitlin Rose 'Answer In One of These Bottles'
Album review.

Tunng 'Hustle'
Have a new album which got an alright review.

Sunset Rubdown 'Dragon's Lair'
Have made a video for this song.

Richard Skelton 'Threads Across The River'
We launched a new 'ambient' column, this were in it. Read the column.

Manic Street Preachers 'You Stole The Sun From My Heart (Mogwai Remix)'
Nick is not a Radiohead fan.

Cheryl Cole 'Fight For This Love'
Is single? Thread.

Gorillaz 'DARE (DFA Remix)'
They'rrrre back! We got a first listen to the forthcoming album.