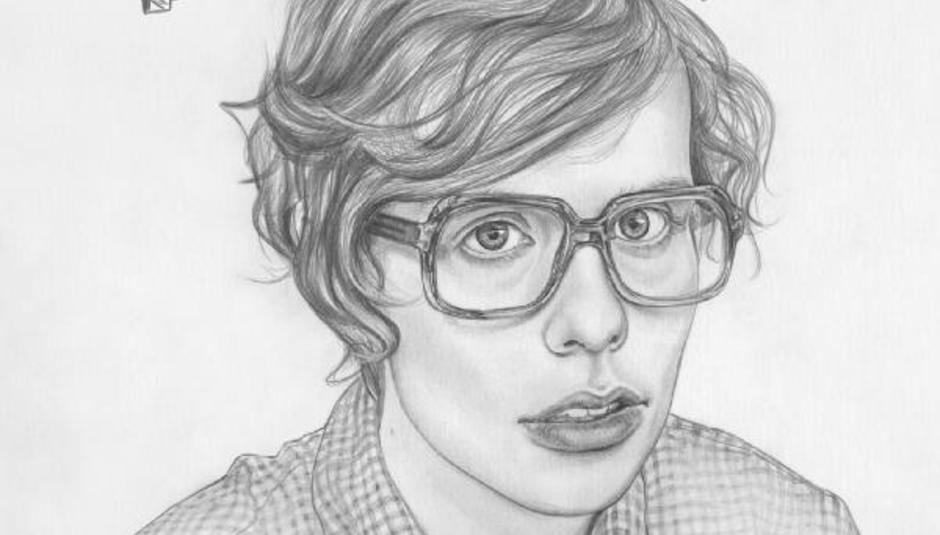 One of the many incredible things about being in our position is the opportunities we have had to play shows with bands we admire. In our short time together we've already had the privilege of touring with the likes of No Age, Times New Viking, Broken Social Scene, Danielson, Titus Andronicus, the Cribs, Jeffrey Lewis and many more. For me, personally, nothing has been a bigger honour than the shows we played with Parenthetical Girls.

They say never meet your heroes, and in playing these shows, that's exactly what I was doing (okay, Zac's no Bruce Willis, but you get what I mean). Zac went from the mysterious, androgynous singer in my favourite band, to being one of my best pals. A fairytale ending, I'm sure you'll agree. Now, Zac has been kind enough to allow us to exclusively stream a track from his band's forthcoming record, and offer us some insight into what we can expect from the release. Take it away Pennington...

Gareth Campesinos! and I have a surprisingly uncomplicated relationship, considering that it’s one sustained by two mutually myopic narcissists — and this is perhaps because it is mostly favours -based. It began when Gareth asked me to write a piece in the first Romance Is Boring zine, continued through an all-too-brief U.S. tour, a stint with Gareth serving as a roadie on our first tour of the UK, and on and on until I ended up singing a bit on Romance is Boring: THE ALBUM. Evidently, the favours ratio is heavily skewed in my direction — and this particularly vulgar exhibition of nepotism isn’t about to square the ledger. That said — and as Gareth can certainly attest — there is nothing quite so satisfying to the bedroom solipsist than that of an open forum in which to talk at length about one’s self. So here goes:

A few months ago, after a lengthy and unforeseen hiatus, the group Parenthetical Girls began to undertake what is for us an exceptionally ambitious project — that of creating our new record over the course of a series of five self-contained EPs — all under the decidedly inauspicious banner of 'Privilege'. There were myriad reasons for this enterprise, not the least of which being pragmatism: our sloth-like approach to writing and producing music, coupled with the cripplingly Kafkaesque bureaucracy of the mid-level independent music business, would mean that in all likelihood it would take at least another year for full-length to properly see the light of day—by which time the independent record industry is liable to have gone the way of the Quagga anyway.

Having last spent the better part of two years preparing, recording, and then waiting for the release of a record that took the length of an average sitcom to listen to [Entanglements], we were anxious to work within a set of circumstances that could afford us both more creative spontaneity and communicative immediacy—short, appetising bursts of anima, free of the conceptual conceits that have historically bogged down our processes. But because everything that this band does eventually reveals itself to be yet another form of thinly-veiled self-defeatism, we (or rather, I) decided to do it in perhaps the most counter-intuitive way imaginable—as a sprawling, five-part, limited edition vinyl-only box set, for which we control all means of production, promotion and distribution. I should mention at this point that one of the album’s major themes is the beauty inherent in heroic, unequivocal failure. Wink. Wink. Beyond simple object fetishism — an impulse that is assuredly at hand here in spades — the idea was also one of opening ourselves to avenues that would otherwise seem too tangential to explore within the confines of album-length cohesion. And besides: everyone knows that EPs are the ideal format anyway—they’re like the svelte, sprightly and winsome idealist to the album’s turgid, fat, and pretentious academic. People can lament the death of the album for all that their lungs might muster, but my eyes are stone dry.

One final note on the bloodletting: something that has been gathering a good deal of attention — and make no mistake, that’s certainly the whole stupid point of the thing — is the fact we’ll be hand-numbering these records in our own blood. I haven’t really mentioned that we’re doing this to any of my bandmates. I wonder if they’ve read about it yet? Anyway. I was watching a crime drama on television recently, and it suddenly occurred to me: were any of us to commit a heinous crime at any time in the foreseeable future, our hypothetical DNA evidence will now irreversibly be an object of public and commercial record. Rest assured, the group Parenthetical Girls will steer clear of GBH for as long as we can manage — but just think: even if the music is utter shit, imagine how much they’d be worth if one of us lost our heads for just one split second?

So here's that very stream!

...and the video for the first single from the new album!