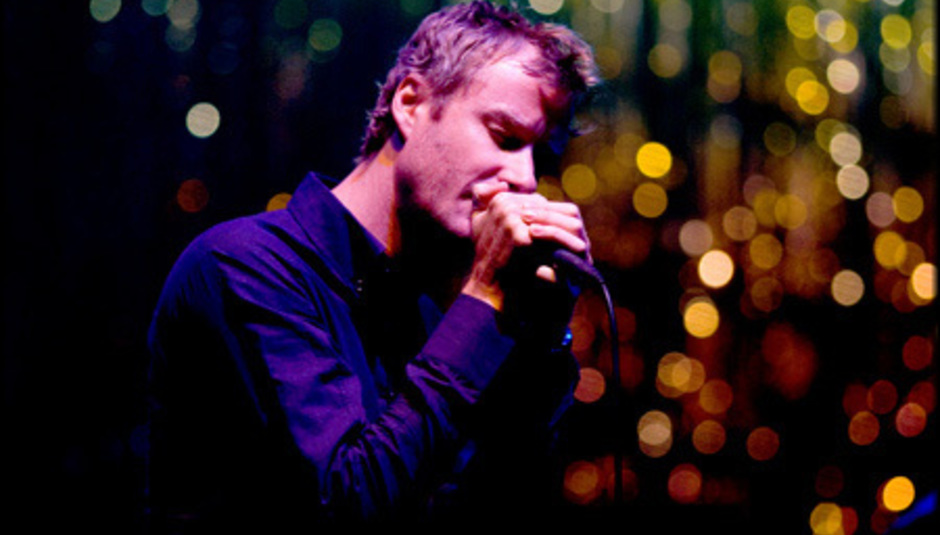 Good afternoon. It's Friday. Your countdown to the weekend probably started several days ago, but you're now likely reaching the point of no return, where all work goes out the window and you have four more coffee breaks, three fag breaks and six toilet breaks in the next four or so hours. I don't blame you.

Friday also means 'Spotifriday' on DiS, where we compile the best bits of our week's content into a neat Spotify playlist, representing what we've stuck up in the previous seven days. Click here to get Spotify, orrrrrrr, if you need an invite, 'cos you're in the UK, then PM me, I promise to reply, honest!

This week it's been a joint effort or tag-team between myself and Editor Sean, though Sean actually did most of the work...A special prize goes to the person who guesses who correctly wrote which bits.

Oh Karen O, is there anything you can't do to make our wet indie-boy hearts shiver and make every girl not just accept this but want to be your friend/you? With this stripped down version of new single (see the new video) you're really spoiling us.

The National announced some live dates! We repeat, The 'bestest indie-rock band in the world right now' National announced some live dates and album details (discussed at length on our boards) this week! Including a show at the Albert 'ruddy hell' Hall! If you're not already obsessed with The Boxer, let this introduction set you on the correct path to musical fulfilment.

If you weren't lucky enough to catch J. Spaceman and a cast of incredibly talented musicians, plus an orchestra, performing Ladies & Gentleman We're Floating in Space last year, you missed out on one of your humble editor's most life-affirmingly greatest gig experiences. The good news, if you missed out or if you wanna see it again, they're playing the classic album again at ATP for 'im wot created The Simpsons.

Tell you what, there's no stopping Scandinavian bands at the moment, and there's a list as long as Yao Ming's arm of them all. Oh No Ono are maybe a lesser known quantity, but no lesser quality, certainly. Their album Eggs got 7/10 from us.

This sounds like someone mashed-up the Superman soundtrack with some minimal techno appreciating jazz. Or, perhaps, you could say it sounds a little like Battles, Trans Am and that kinda 'thing'. New album One-Armed Bandit was reviewed and got 9/10 on DiS this week.

Gorillaz are b-b-back! This is rather exciting, and this week we got to have a sneaky listen to the album in full but before you can read this, tell us what you think of this new track.

We gave this remix away earlier this year and the album is now nearly ready, here's what DiSser Hayden Woolley had to say about the album.

This track has the Michael Jacksons about it. Noel Gardner gave the record a great review this week, and it'd seem from this thread about recommended albums from January that a lot of you loved it too.

Following news of the Suede reformation for Cancer Trust, Brett continued about his business, touring his third studio album. We captured the Shepherd's Bush Empire show In Photos here

10. Tindersticks - 'Harmony Around My Table'

So, Tindersticks released a new one this week, called Falling Down A Mountain, we reviewed it here. As great as this track is, I just can't shake the feeling that it sounds a whole lot like Vic Reeves' Club Singer Round in Shooting Stars. Just me, then?

11. Erland And The Carnival - 'My Name Is Carnival'

For a brief second I thought this was going to be a collaboration project between Erland Øye and another rag-tag bunch of merry musicians. For good or for bad, it's not, it's Erland Cooper, an Orkney-ite-cum-Londoner, whose album we reviewed this week, notching it at 7/10.

Surely a band who need no introduction, The Magnetic Fields returned this week with Realism. We caught up with band leader Stephin Merrit and had an exclusive stream of that very album, here. Read one whilst listening to the other would be my advice.

This band's Takeover week is almost over, so it'd be rude and quite ignorant to not even include them in this week's playlist, especially given they've provided some fantastic content. I'm thinking specifically of the two football-based pieces. This particular track's subtitle is 'Song For The Other Kurt', but I'm not sure which Kurt that is. Kurt Angle? Vonnegut? Geiger? I dunno...

We always try and end the playlist with something either STONKING or atmospheric/ambient. Or just beautiful, which is what this particular Nils Frahm track is. The new album, The Bells was reviewed here. Sehr gut, Sollten Sie es Kaufen! Or something. Buy it.

More Spoitfy playlists, compiled by our own fair hands.