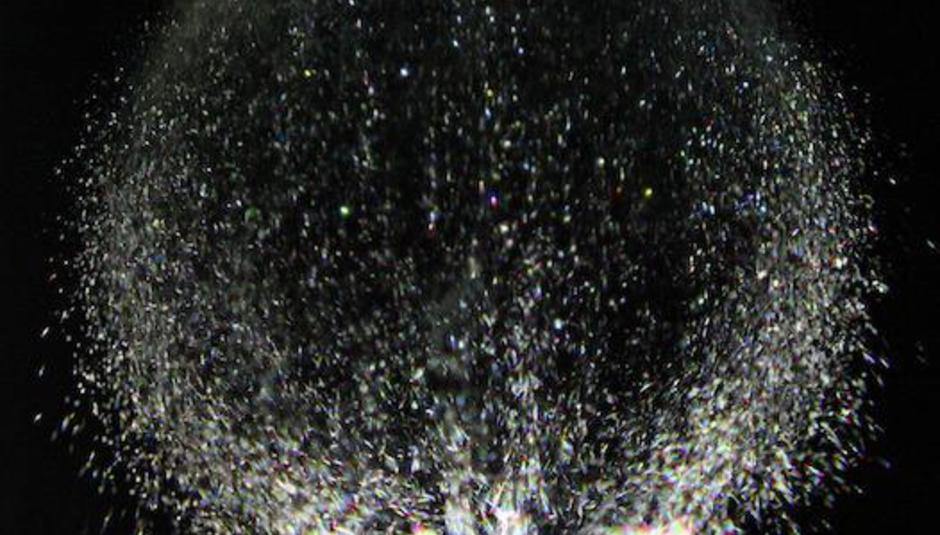 Of course traditionally, this is the week of the year when columnists and ladymags wheel out the worst kind of thickery – flinging about words like ‘toxins’ and ‘flushing’ as if they hactually meant something approaching sense. And if I was any sort of dread profeshnial, I would be using this column as an opportunity to spaff 500 words on some flimsy resolutions. But I really only have one with this column - and it is just that I must never ever never look at each week’s pile and imagine it to be a massive pile of shit. At least, not until I have listened to it, and there is always a surprise, even if sometimes you have to search quite hard for it.

It is not just that Beth Ditto has chops and can sing for all the squirrels of her beloved, hometown state. It is more that there is a certain clarity to her voice; and not just tonally. I will go further, and tell you how I actually believe her, when she opens wide that magnificent gob of hers - and almost feel as if I can hear a pure sort of kindness in it. This of course works well when you are doing a vocal that recalls the kind of arms-aloft, beatific club bangers of the mid-90s – and specifically when you use words like ‘finally’ – which, of course, have a special, button-pushing meaning in house circles. This doesn’t mean there isn’t a nagging doubt that I chose this as our winner because there is such a dread and woeful dearth of singles this first week of the year. But it is a nicely positive three-minuter to start the new decade, with its sentiments about being ‘down for whatever’ – and we can interpret this in any way we fancy, both for to mean that Beth is ‘up for anything’ in terms of unmentionable sex acts, or that she would be perfectly happy were you to take her on a date to play Crown Green Bowling (Kilmarnock rules). A happy idea, rather like including the Gold Blend lady in their video. Niteflights sent me a rather cheeksome email, and within 2 ping pong internet hits back - and indeed - forth, they had outed themselves as misogynists. Quite how this was meant to play with me – a Proper Feminist and Everything – is a bit unclear. But then, perhaps we should give them Full Marks for honesty - even if it is a bit like those people who cheerfully proclaim to ‘call a spade a spade’ (I believe bluff Yorkshire men are famously keen on this idea) - as if saying this is a handy get-out clause for any conversational rudeness that might slip out; they just can’t help themselves, you know. (And apropos of nothing, even though I did not watch it, I spect this sort of proclamation will come into its own while Celebrity Big Brother is on – and we should always keep our eyes peeled for those too quick to tell us how they ‘say what they mean’ and ‘call it how they see it’.) ANYWAY, as it turns out, ‘The Delightful Fall Of Niteflights EP’ – which may refer to a fall from social grace after calling one too many girls slags (we shall never know) is very confident indeed – with a sense of dastardly, arch and winking fun and some harmonies Field Music would be rather silly to wrinkle their noses at. Even when they stray off into a sound that could easily be sharing a bed with doo-wop - and certainly a bathroom with blues - I do not mind. All in all, I am pleased to tell you this has tremendous, genre-hopping scope, and the overall air is one of cleverness and cheek. More here.

Rangy basslines inform the beginning of ‘Under Control’ - a twitchy thing that is surprisingly boastful for a record we will lazily file under Jerk Indie. Because it’s about ‘salty skin’ and ‘hardness’ compared to ‘softness’ and I think I know where he might be going with this but I really was hoping not to stray into perv territory because this is only week one of a whole fifty-two and it becomes habit-forming, mentioning The Sex when you are reviewing records. Anyway, Good Shoes want you to know that they are the best at ‘it’. And maybe they are.

I am sure it is not just me and this really is the aural equivalent of chewing on a Kit Kat foil; reaching as it does Crazy Frog levels of irknosity. Thing is, poor old Wend did not know this was in this week’s pile, and I most certainly did not know it by name. Which makes it doubly troubling that I was drawn to exclaim ‘surely this is the most irritating record ever’ when I heard it on the radio just the other day. I mean, it’s not just that ‘Riverside (Let’s Go!)’ is whiny; the sort of house record that gives house records a bad name and makes ordinarily nice people hate on house with good bloody reason so one does not blame them. It’s more the fact that the synths really do screech - like a hungry toddler strapped in his buggy and faced with a giant rack of sweets at the checkout in the times before they banned those for being unhelpful to mummies. So very horrible, I nearly done a strop and handed my notice in (imagine that, readers, how very dread.)

You can’t argue with the artwork for Delphic’s album - and I have been stroking the sleeve of their long-player murmuring and purring at how they have turned food-dye-in-water-turning-into-legs into a feat of uncommonly pleasing, modern design. Unfortunately there was less positive moaning going on when I played ‘Doubt’, because the over-arching thought that nagged was more ‘Why them, and why now?’ You see, ‘Doubt’ is a bit Bloc Party, which in turn is a bit ages ago, and it has some over-pronounciating going on in the vocals which are mannered in a way that might put you off - and that is not very wise for a debut release. And though I am rather fond of the bit at the beginning where they use singular vowels, jerkily repeated as a mantra, I came back to ‘Why them, and why now?’ question over and over again. I mean, lord knows I would be hopeless as an A&R person - because sometimes it takes me so very long to key into what is happening [don’t think about how this might reflect poorly on my qualification to be a singles columnist, readers.] And I oftentimes wonder - slightly befuddled - how indie A&Rs distinguish twixt ‘good’ and ‘bad’ – especially in an ‘intimate’ (i.e. shit) live setting, and when bands are just starting out. Oh sure, ‘Doubt’ is promising in a frigid synths sort of way - but that’s all I can say for it at the moment.

This is more like it - not least because there are some beaming, properly random and syncopated handclaps on ‘So It Goes’ that remind me of the intro to Lake’s glorious ‘Blue Ocean Blue’. After the handclaps, it twangs off into something rather perky - with a woodwind and flute section Stuart Murdoch would be pretty satisfied by - or at least, wouldn’t take back to the shops for a refund. And though on the whole the lyrics on ‘Home Schooled EP’ could do with one of the ladymags’ aforementioned detoxes or at least a chopping away of the excess flab, the overall effect is of perfectly pleasant, knowing indie pop. Ace videothing, too.

Golau Glau - ‘This Will Be Our Year’ (Free download from their blog, here.)

Golau Glau recently sent me a photo of the French version of Top Sante magazine, at least in part because it had an amusing headline about ‘incontinence anale’ on it and they thought that might tickle me. Naturally I am so far above bum jokes I can see their bald patch [a hateful image for which I apologise, sort of] - so it is lucky they have saved their reputation with this - a deliciously watery cover of the Zombies’ ‘This Will Be Our Year’, which you can have for naught pence if you follow the link above. To recap then, Golau Glau quite fancy their chances (get them, everyone) and find gastric disasters funny. If I don’t love them, it is because I am pretending to be not bothered to increase the amusingness of the ‘chase’.

Just Handshakes (We're British) / Yonderboy – ‘’ & ‘’ (Split 7” on Tip Toe Records)
More here and here. Though I found it rather too late to meet my fearful deadline, I bleeve it is worth a thorough swizz or seven.

Wendy is on Twitter here, although she is just about to go out and buy age-inappropriate trainaz in the sales, so if you say hello and she does not say hello back she is not being rude or anything.

She also done a playlist of all the best singles of 2009 and it is really quite alright, and you can find that here.