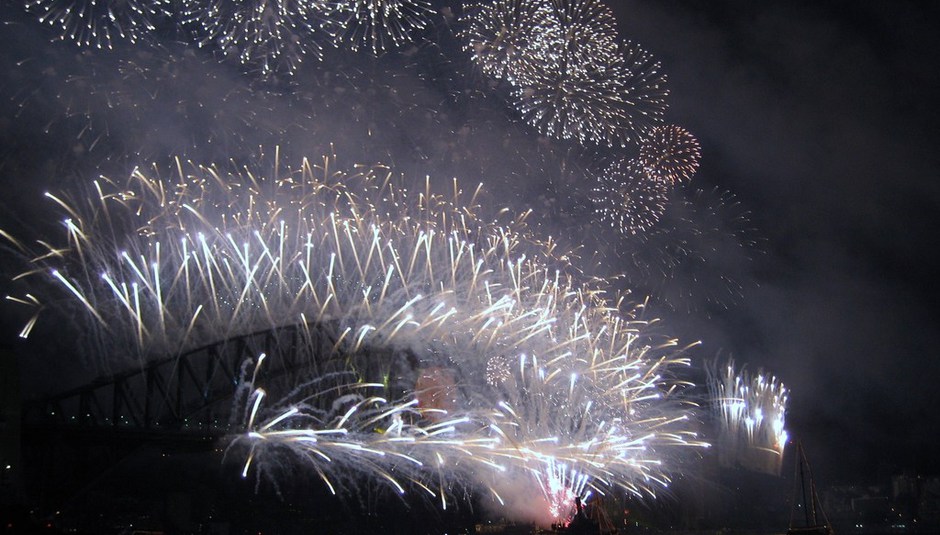 It's a bit of a cliché to say it, but where has this year gone? 2009 has vanished in the blink of an eye and I've already found myself busy shopping for wrapping paper, gift tags and the worst of the worst decorations to help fill venues across the country with enough festive joy to make Rudolph puke eggnog out of his little shiny nose. God bless the BSM Christmas Tour; my favourite way to see out the year, and perhaps the only way to try and force a tiny twinkle of youthful, yuletide excitement from my otherwise cold little heart.

November's arrival, of course, brings around the first stages of the dreaded end of year list season. Top 10 albums of the year, top 10 bands to look out for next year, top 10 under-achieving bands with less than five members whose name begins with the letter Z and hail from somewhere East of the Ukraine. You name it, there'll probably be a list for it (potentially not including the last one, I may have made that up). And as if that wasn't bad enough, this year promises to be harder than ever as we're not just hitting the end of the year, it's the end of a bloody decade. That's ten times the fun to condense and neatly order, reducing many thousands of peoples hard work into an easy to forget document of careless personal opinion. I for one am twitching with anticipation.

Having spent the best part of the decade sniggering at "the naughties" it dawned on me recently that I don't know how to refer to the next ten years. The teens? The tweens? The twenty-tens seems the most likely, but it doesn't have the familiar, easy ring of the 80's, 90's and so on. But as the days get shorter and I make my annual "can you come and fix the heating" plea to the estate agent, it's not just the title of the next stretch of the 21st century I'm unsure of... What can we expect to happen in our beloved music industry?

(1) X-Factor will continue to grow and grow until the only thing bigger than Simon Cowell's ego will be the billions of dollars thrown at him by TV stations around the world. It never ceases to disappoint me when looking at Facebook or Twitter on a Saturday night to see how many of my otherwise sane friends are talking about Louis, Danni and the rest. My complete lack of knowledge on the subject is now a proud boast, and long may it continue. (What is a Jedward anyway?)

(2) More streaming music. Spotify now boasts over 2m UK users and as the iPhone and other mobile phone app's become more and more commonplace, we'll soon have access to music pretty much wherever and whenever we want. An exciting proposition and one I've not only come to accept, but fully embrace this year.

(3) Despite the above, CDs will continue to sell. Apologies to all of you gloomy, compact disc hating buggers, but they've got legs left on 'em yet. The people who demand a tangible product to show off their music taste are still spending, and until a better quality/more convenient physical product comes along, this ain't gonna change. Soz.

(4) Myspace will sink even lower into the depths of the social networking sewer. It will always be remembered as an incredibly important tool in the naughties, but for me, its been dead in the water for a couple of years now. The spam robots and lack of real connections with your peers has taken it from a once-thriving community, to a ghost town of lingerers and looters. Only good for listening to music, and with new and more accessible websites such as Bandcamp entering the fray, not to mention wholesale personnel changes within the organisation, you just can't see them clawing this one back. R.I.P. Myspace Tom and "friends".

(5) Sticking with social networking; according to internal documents leaked earlier this year, Twitter hopes to have 100 million active users by the end of 2010, and a billion by 2013. Hopeful? Just a little bit. At the time of writing this just 1893 follow BSM. What's that all about?!

(6) Robbie Williams will finally reunite with Take That. Nobody will particularly care.

(7) The popularisation of DIY communities and ethics will continue to grow. It's something I've talked about fairly extensively in some of my previous columns in '09, but I feel as though we're only just at the tip of the iceberg. Downturns and recessions seem to inspire a bit of a punk mentality and, importantly, give a few people a nudge towards thinking a little outside of their comfort zones. With more power and possibilities than ever before in the hands of those who really care, I just can't help but feel some special things are coming in 2010. This will hopefully include revitalisation of digital music (creating a more interactive experience than a boring old MP3 would be a start) and perhaps a couple of new outlets for bands to peddle their wares. Which leads me nicely onto...

(8) Pop-up shops. This is a subject I hope to talk about more in the future, hopefully based upon real-life experiences, as it not fascinates me, but conjures up many fun ideas for the future of selling music I release. In the meantime, read about Jack White's exploits in the field, including a recent London trip, and imagine a similar thing cropping up down your street. To quote old Bob in Entourage; "is that something you might be interested in?"

(9) I'm putting this one in partly because I believe it and partly because I hope that committing it to type will make it more true... Record labels will live on. I don't think anyone is disputing the fact that the conventional model of a label is well on the way out (thanks, majors!) but I honestly think that with the right shift in responsibilities - and one or two bad habits stamped out - labels can continue to fulfill an essential role for bands. And if ever there was one thing I don't want to be proven wrong about in 2010...!

(10) And finally, big changes in the printed media market. This year saw the unfortunate demise of Plan B, Observer Music Monthly and many others, as well as a drop in readership of more than 25% for both NME and Kerrang based on 2008's figures. It's hard to imagine the next 12 months passing without another casualty and you can't help but wonder if one of the big boys could be on it's way out. NME have worked hard on their website over the past few years and with rumours constantly circulating about it's printed future, could something huge be just around the corner?

So that's it; 10 things for 2010. Thanks for reading this and my other nonsense this year. If you're coming to any of our Christmas Tour dates, come and say hi. I'm off to make a Christmas DJ CD which will blow your mind.