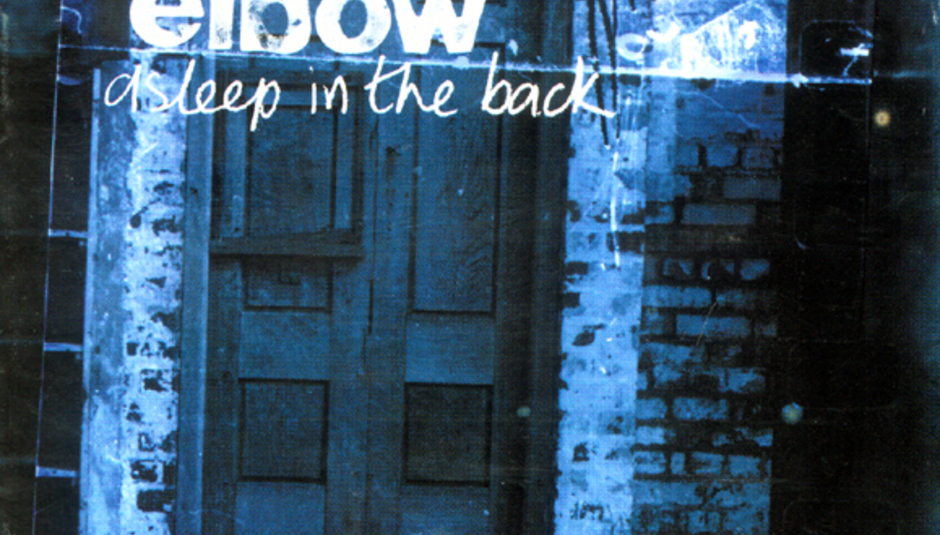 “We’re still incredibly proud of this record” says Elbow frontman Guy Garvey, having dissected the reissue of Asleep In The Back for DiS. It’s easy to see why. Whilst 2008’s Mercury-bagging The Seldom Seen Kid may have sent the group truly stratospheric, it was merely a furthering of their wonderful ability to convey poise and grandiosity amidst the humdrum backdrop of a Northern town. The group’s 2001 debut album, in many ways, remains a template for the much loved five-piece. Re-released this week with added bells and whistles in the shape of 1998 EP Noisebox, some live recordings and Lamacq sessions, the band's avuncular leader here offers a track-by-track reminiscence on where it all began.

‘Any Day Now’ reflected our feelings of wanting to leave our home town Bury and go and see the world. In order to follow our career in the band none of us went to university, and so this song is about wanting to get out of there. Musically it owes a lot to DJ Shadow and trip hop; Massive Attack, Portishead etc, we're huge fans of that.

This was about a concern for a friend who was doing too much speed, to the point where I worried how it was going to turn out for her. She’s fine as it turns out.

‘Little Beast' is about growing up in Bury, not being a fighter, and occasionally being in dangerous environments. When there's nothing to do in a small town apart from what’s expected of you, you can get caught up in it all. My favourite lyric is "the whole town's dripping down a hill like the spine of something dead". There's actually a mill town north of Bury where the street layout looks like the spine of a dinosaur coming over the hill.

I saw a couple who were both withdrawing, from whatever it was they were addicted to, in Dry Bar one day. I noticed a tenderness between the two, despite them obviously being strung out; it was a very romantic, but a rather dark, situation.

‘Bitten By The Tailfly’ is about ritualistic Friday and Saturday night pursuits in the centre of Manchester. It’s about the 'find a girl or have a fight' culture that exists in most cities on a weekend; the tribal nature of it is something I love. I was completely leathered, drunk out my skull when I recorded the vocal for this, and the sound / crowd you can hear are the good people of Bury piling out of a night club. Craig [Potter] recorded it from the front seat of his car.

We only added this after the album was finished, bizarrely. Quite often when you're in love you find yourself testing your partner in the early stages of a relationship; telling them all the naff things about you, the dark stuff about you - almost testing how far their love goes (at least I used to do so). It was wonderful working with Ben Hillier, and this track, I think, is sonically one of the most interesting we did with him.

An old friend; it’s still the song that’s in the live set all these years after its release. It’s a love song really, despite its dark images: “I'll be the corpse in your bath tub” etc. It was complicated to write, and we were trying to mimic an orchestra whilst doing so. Love that tune.

Not great advice if you want to get drunk. This was about the fact that you don’t take advice if you're going to follow a career in music. It goes against everything your parents want for you, as it’s such a shaky business.

This was written in a little house in France, I remember my sister coming to visit, and walking up the country lane with her from the local village. Lyrically it’s simple; just telling a friend, who's worried about an imminent child arriving, that everything will be fine.

‘Coming Second’ is just plain old bitterness at not winning the hand of a fair lady; it’s quite a bitter lyric actually, some nasty things in there. This is a great live tune.

One of the earliest ones we wrote that ended up on the album. I originally played the drums on it, but Jupps [Richard Jupp] was much better than me.

It’s still considered the best song we've ever written by lots of fans, and I can’t say I disagree. It’s memories, snapshots of childhood mixed together in the same way I used to mix together black and white photographs on the floor, to mix up my memories and find inspiration.

This was our first official release as Elbow; we put them out one-by-one on our managers’ computer; there’s still a lot of affection for it - I remember us being over the moon at selling 15 copies in Piccadilly Records on Oldham Street. ‘Theme From Munroe Kelly’ was about a character from a terrible B-movie called 'Congo'. We found him hysterically funny, but he's a very suave man so we gave him a theme tune.

This was a big deal. I remember the Astoria feeling huge, but it was a great venue. I loved these performances; we'd been playing this set for a while and we're really in our stride here. It was a really energetic night.

Steve has always been a good friend to the band; these three tunes were done pretty raw on his show. All we were thinking about at the time was the fact that the nation was listening, I didn’t think we'd get to release them. Many thanks to BBC and Radio 1 for letting us use these.

Asleep In The Back (Deluxe Edition) is released today on Polydor.

In Photos: Swn Festival Day One