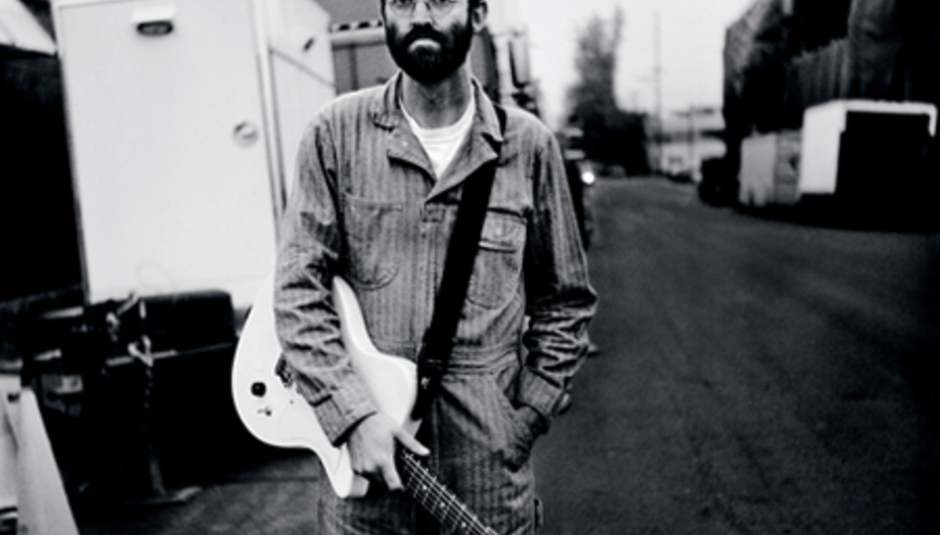 Spotifriday #21 - This Week on DiS as a playlist

Spotifriday #21 - This Week on DiS as a playlist

Ach, that bloody Nathan Williams, always in the bloody news 'int he? Well, perhaps, but at least this time it's for positive reasons, rather than a member of another band challenging him to a fist fight or whatever the hell. He's rescheduled his previously cancelled tour, click there for the dates. Here he gives us a 3:15 long blast of why some people think he's pretty great.

2. The Candle Thieves - 'The Sunshine Song'

Yaha, we've actually, really, properly managed to locate The Single Of The Week on Spotify. As I type this, it's the first sunny morning I can remember for...at least four days. That's as good a reason to listen to this nugget of under stated, sugary indie-pop as I've got.

The bloke called Jamie T from Wimbledon or wherever released the video for 'The Man's Machine' this week and, well, it's pretty much standard type Jamie T, to be honest. Still, it's a nice slow-mover which doesn't require much attention.

This may be Copy Haho's first appearance on a Spotifriday playlist, which'd be quite astounding. It also might not be, but we're not sure. Anyway, they also featured on This Week's Singles reviewed, as ever by the lovely Wendy Roby, who described this as a "rather amiable bit of ramshackle indie-pop". It is indeed.

I'm never sure whether Atlas Sound is a proper alias of Bradford Cox, or whether it's just the name of one of his musical projects in which he is the main man, either way he is the main man. In 'Attic Lights' he strums and mumbles his way through a dreamy arrangement, with an even more dreamy chorus. SLEEP TIME. We reviewed the new Atlas Sound record, Logos, here.

Sufjan Stevens is the sort of bloke who can never really be dismissed - he's made numerous appearances in these playlists for all manner of things. This time he's in because of his new album slash project The BQE, a acronym for The Brooklyn - Queens Expressway. This delightfully perky little interlude provides a perfect break in vocalisations for y'all.

As does this, The Landau Orchestra's take on 4Hero's 'Conceptions', taken from 4hero Presents Exceptions, which we reviewed here, giving it 7/10. My old music teacher used to say "repetition is good for you" and "keep it simple, stupid", two phrases which apply here in absolute buckets.

Yea! Saywhat? Brooklyn-based psych-rockers Yeasayer will be back early next year with their second long player, entitled Odd Blood, that'll drop February 8 but, while you're waiting, take a listen to '2080', arguably the highlight of a pretty high-standard debut album in All Hour Cymbals.

This week Danish experimentalists and creators of fairy-tale musical worlds, Efterklang, released the live version of their 2007 opus Parades, aptly titled Performing Parades. Here we have the original of 'Caravans', a five-minute long demonstration of this band's mystical brilliance.

And from one set of Nordics to another, more singular Nordic, in Swede Karin Dreijer Andersson, alias Fever Ray, who this week released the dark and downright disturbing video for this very song. There's also a bit of a Brucey bonus for you lot, in that you can get a live album of hers when buying tomorrow's (Saturday's) Guardian.

OK, a little more cheating going on once again as BEAK>'s self-titled debut was released and reviewed last week. It is, however, fully worthy of some approval and recognition in these end-of-week playlists that we do. Said Robert Ferguson, who scored it 9/10, "Everything about Beak> is a cohesive, ambitious and thoughtfully-executed murky delight. A godsend of a record in these times of landfill indie."

From the plodding to the flat-out noisy and raucous, as we move onto Converge. The hardcore four-piece released Axe To Fall this week, and it's a stonking mess, in the best possible way. We reviewed it here. 'Wishing Well' is, quite honestly, nothing less than you'd expect if you're a fan of Converge and, if you aren't, might just be a tad too much of a brain-buster for you.

Likewise for Rolo Tomassi's 'Abraxas' which is as much a beautiful mess as anything else which has been made. EVER. This week we reported, exclusively, that the band were working with Diplo for their new record. A bit of a bombshell and a WTF moment all together, I think it's perfectly fair to say. We await the results with great anticipation. PLEASE be good.

Sweet. Vivian Girls are coming back to the UK early next year. Compared to the live arena, this version of Wild Eyes seems a mite limp. All the more reason to go and watch them in the flesh, then.

Mmmmmmmmmmmm, classic Biffy. We chatted to the lads this week, discussing such stuff as, I dunno, their new record Only Revolutions and all that related stuff.

It's a motherfucker being here without you. He said it. So we're glad Eels will be returning fairly soon. They revealed the cover art and tracklisting for their new record, End Times and it's time for them to end this week's Spotify playlist with a song apt to soundtrack winter blues, the prospect of which is getting ever nearer.

Bauhaus re-issues: In The Flat Field ...