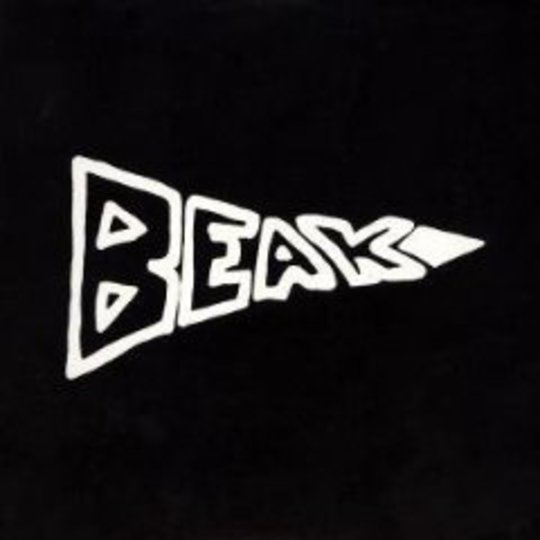 From the get go, Beak> is beady-eyed, crooked-smiled and fidgeting with the desire to do something, anything, just as long as it's not fucking boring. Creativity for the sake of it, remember that? Remember when we didn't have to look to American bands to avoid being so bored our eyes would start bleeding? Before Oasis and homogenised production styles and the blurring of indie and mainstream created a miasmic fug that no-one particularly seemed to want? It's easy to be cynical and dismissive with grizzly words, I guess, much harder to do something about your situation. So well done Beak>. Geoff Barrow and his new band-mates clearly have a mindset that refuses to co-opt the shit which we are all force-fed these days.

Or perhaps Beak> is born out of a desire to cut loose after the torturous process of writing and recording the last Portishead album. Whatever the spur, there is a vibrancy to Beak> which smacks you in the ears immediately. Vibrancy is a commodity you will no doubt see referenced often in music reviews, but this is the real deal folks; Beak> was written and recorded in 12 days in one studio, using live recordings with no overdubs or repair, edits being the only tool used by Barrow and bandmates Billy Fuller and Matt 'Team Brick' Williams to thread the material together. The result is 12 almost totally instrumental cuts which easily match up to the size of the conceit which created them. The lack of vocals feels deeply right for this material; these are not pop songs, these are musical provocations couched in jazz, psychedelia, krautrock and electronics. There is a tasty darkness which runs all through Beak>, the kind that is fleet of foot and guarded in intent.

That said, the highlight of the album, ‘Battery Point’, busts this stance wide open to reveal a warmth and delicacy which is not to be found elsewhere. ‘Battery Point’ seems almost impossibly cinematic in scope to have come from such a regimented creative process. It is shimmering and echoing symmetry, like a beautiful dream of a man diving into an azure sea, light refracting from thick gnarled glass, Team Sleep meets Explosions In The Sky.

The rest of the album is easier to envisage as being born of a jamming format, with a propulsive rhythm often the factor which locks the tracks down, although this methodology seems to work equally well whether employing jazz or motorik beats. The first two tracks are definitely the latter, with ‘Pill’ sounding like The Specials ground to a paste and reassembled as binary nihilists. The Geiger-counter jazz of track ‘I Know’ has more of a spring in its step but still retains a thousand yard stare.

It is the predominance of a fierce rhythm which allows the disparate elements of ‘Beak>’ to hang together without sounding like a horrible mess, the force of the kick drum is the gravity which holds experimentation in orbit. Everything about Beak> is a cohesive, ambitious and thoughtfully-executed murky delight. A godsend of a record in these times of landfill indie.