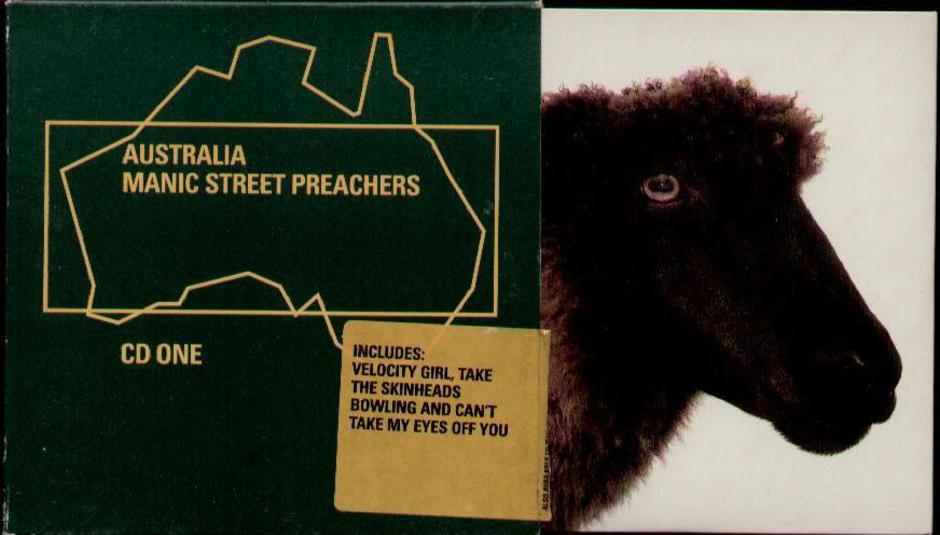 I chose to become a music critic in Brisbane, Australia as a stupid 19-year old in June 2007, after reading a factually incorrect and otherwise poorly written review of a show that I’d attended. Two years later, I’d like to think that my critical analysis skills have markedly improved, but I’d probably be disappointed.

I was surprised when Everett asked me to contribute to this topic. True and I have butted heads in the past, following that Guardian column with which you’re surely familiar. I experienced the same irrational reaction as most Australians who heard that he’d dismissed some of our so-called cultural icons (Silverchair, The Vines et al) - and felt some vague, nationalistic desire to defend the attack on our musicians.

With tentative maturity, I’m able to step back and realise that True’s column evoked the role of the music critic in its purest form. Ignoring the overused angle that this was an Englishman taking swipes at Australians, True’s words raised the nation’s ire because he had the balls to embrace the true role of the music critic – a role which I rarely embody, voluntarily. And therein lies the original complaint: that so few are willing to write what so many feel.

I am a diluted version of the tastemaker critic with which older readers will identify – and which True became during his time at NME, Melody Maker and Plan B – largely because I tend to only write about music that excites me. While I agree there’s something to be gained by fairly critiquing half-baked or undeservingly over-exposed acts, it’s a writing style that I’ve distanced myself from. And, as True correctly surmised, so has the majority of Australia’s music press.

There’s an enlightening article by Andrew Ramadge on the Australian music website Mess+Noise that discusses the broader causes and effects of the dearth of honest criticism in Australian street press – that is, the free, ad-filled newspapers you pick up off the street. Ramadge’s piece belongs at the heart of this discussion, as it highlights the increasing divide between print and online music journalism.

“One of the most important roles of music journalists is to record the history, or create the folklore, of a particular time – to give music a context and a narrative,” Ramadge wrote. So to be a music journalist in the first place, you’ve got to want to tell stories. It was this desire that led me down this career path – and I should point out that music writing has finally become a personal career-of-sorts, after I viewed it as a mere hobby for nearly two years.

But – why write about music in the first place? This is a topic that other writers have already touched upon this week. It surely wasn’t about money when I began. I was first published on the Australian music website FasterLouder, who pay none of their hundreds-strong contributor pool across the nation. It’s an excellent business model – pay nothing, receive content for free – but the low stakes often mirror the quality of writing. I attempted to rail against the apathy and mediocrity by writing long, descriptive live reviews that maximised the benefits of the online format. With debatable success.

At the same time, I began writing for one of Brisbane’s street press, Rave Magazine. Ramadge’s article suggested: “In many cases [street press] writers are paid as little as five cents per word for a story, and nothing for a review, with the CD or concert ticket considered payment in itself.” To say that Rave’s pay rates were modest would be understatement. Again, it’s a labour of love, but there’s only so much to be gained from adhering to the same format each week. Another of online publishing’s benefits.

Mr True was also startled to learn that in two years writing for street press and FasterLouder, I’d never had a rewrite request. It wasn’t until I progressed to Mess+Noise that I was pulled up for sub-par copy. This is an extremely niche example based on my experience, but I’m supposing that this unwillingness for time-poor editors to provide guidance and advice to their writers may be symptomatic of a trend throughout Australia.

While there’ll always be those who are willing to write passionately for free, one eventually reaches a point where $0 – or close enough – can’t cut it anymore. I’d wager that this is a feeling with which most music journalists will be familiar. Right, Everett?

Print revenue streams are drying up, while online publishing is in a cautious period of course-correction. To quote Ramadge once more: “[the low pay rates] make it difficult for magazines to retain talented writers as their career progresses, or their costs of living rise.”

There’s no money in this column. We do this because we love it. I’m far from a miser, but some money on occasional would be nice. As a freelance writer in Australia with an interest in music, there are few profitable avenues. There are only so many publications that’ll pay for well-researched, well-written music journalism, and they’re steadily decreasing.

Where does this leave the state of music journalism, in the mind of this 21-year old Australian? It’s a given, but you’ve got to do it because you love it, first and foremost. Don’t ever expect thanks in return for your writing; indeed, do your best to expect nothin’ from nobody. That way, it’s hard to be disappointed.

But do pursue passionate communities organised around a love of music and writing, such as Drowned In Sound. Do start a blog that acts as your portfolio. Do send your work to those who may gain something from it. Do write wherever you can, and do be prepared to write for free.

After all, you’re a music journalist. You love it. Don’t you?

Brisbane-based Andrew McMillen writes for The Music Network, Mess+Noise, Rave Magazine and FourThousand. He can be found on Twitter (@NiteShok) and online at http://andrewmcmillen.com

The death of the critic? That’s the l...