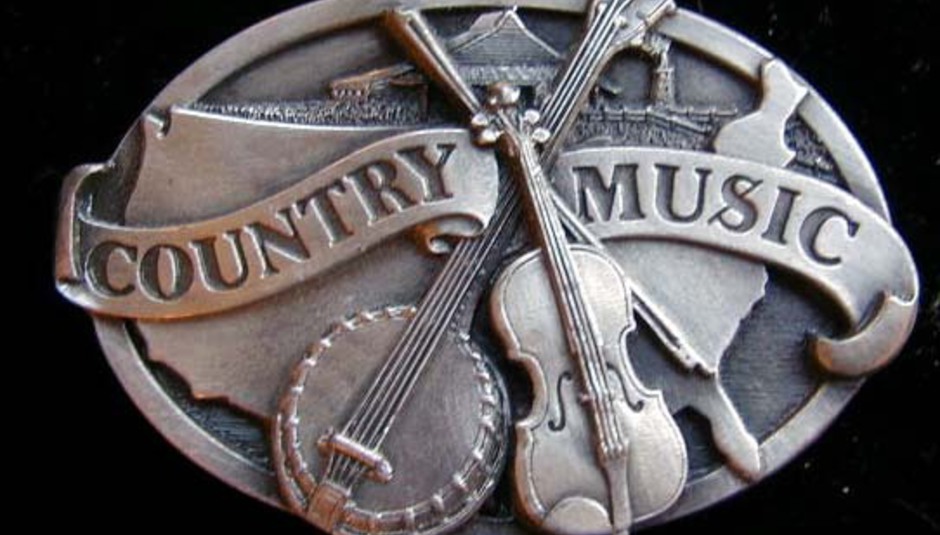 A Drowned-Up of the old, the new, and the upcoming in Alt Country & Alt Folk, featuring a re-release from Red Red Meat, a rarities collection from Royal City, the latest Cass McCombs, and new artists from the US & Canada.

An unidentifiable, unvarying throb of fuzz-guitar. Steel strings lazily ringing and reverbing, as vague figures unfold themselves from their siesta in the afternoon heat, and choose where they’ll be getting drunk, where they’ll pick their next fight. There’s a single, ominous note sawed out of a violin. Someone coughs audibly, unhealthily, near the end of the track, as you realize the music isn’t heading anywhere, because nothing changes around here. This is how Bunny Gets Paid opens, with ‘Carpet of Horses’, before the full-on dirty guitars and raucous chorus of ‘Chain, Chain, Chain’.

Next up, on the brilliantly named ‘Rosewood, Stax, Volts, and Glitter’, you can hear the actual barfight – glass smashing, and being crunched underfoot, as the singers bawl, distantly. With everything distorted, this could almost be a bootleg… or a glimpse through the swingdoors at a band making the most of a PA ripped apart by thrown bottles. Yes, the cruddiness is all intentional – a simulacrum of spit and sawdust joints – but does that make it a pose? Red Red Meat were a ferocious live-act, by all accounts, and yet they still manage to put some sensitivity into their most shambolic sounding numbers, like ‘Gauze’, where nothing sounds quite in time, and the Hammond sounds like it’s about to sputter and die. Only on an indie / alt.country album would the ultra-lo-fi of ‘Rosewood’ be followed by ‘Buttered’ (the vocals recorded up close and personal), but that’s the charm.

Using feedback and distortion as their sixth and seventh instruments, Red Red Meat let you feel the heat of ‘Idiot Sun’, and create a swampy atmosphere on the title track, reminiscent of Bardo Pond, early Verve, or maybe just Electric Ladyland side three (the motherlode of ambient guitar noodling). You can probably think of a dozen bands who made music that sounds like some or all of this, but few who got the balance exactly right, between the groaning twanging solo acoustic numbers, and the scratching growling rock, to really immerse you in their seedy demi-monde. No wonder Isaac Brock (of Modest Mouse) says in the sleevenotes that the album wasn’t a huge influence, but it sure sold him a lot of drugs. That’s a compliment.

Casually labelled “Alt Folk” as often as “Alt Country”, Royal City seem to have been just as casually dismissed since their heyday; possibly because of that customarily self-effacing manner Canadians often have. It’s a shame, because after three albums, this collection of B-Sides, Rarities, and Unreleased tracks is as enjoyable as anything before. Opening with a cover of ‘Here Comes Success’ (from Iggy Pop’s The Idiot) and (almost) closing with The Strokes’ ‘Is This It?’ you can hear echoes of Uncle Tupelo’s potentially gimmicky notion to put some banjos on The Stooges’ ‘I Wanna Be Your Dog’ but, impressively, Royal City manage to improve on a song, and a band, I’ve never had much time for. Beyond a gentle, soothing rusticity, there are no great pretentions to be a full-on country band, and that’s fine too. Well worth a listen, in its own right, for newcomers to the City.

The Flying Change, Pain Is a Reliable Signal (Scarlet Shame)

Of all the songs, on all the records fished out of the slushpile at DiS Towers, this year, the opening track here, ‘Broken Bow’, has probably been the one most likely to stop me dead in my tracks – maybe not literally, but the rest of the world retreats while it’s playing, haunted by a resignation to tormented waiting that can’t ever remain in the background.

According to the press release, Sam Jacobs’ new album documents an anxious few years coping with his wife’s ongoing medical treatment for sciatic pain, due to spinal birth defects. While it’s a sad fact that no-one gets extra points for authenticity, or many more charity-listens, Jacobs certainly gets points for observing the little details (the dirty white coats… the privileged accents of the people supposedly caring… the way they can never find your vein) in a manner that seesaws between the specific & real, and the phantasmagoric & allusive (“don’t look around / there’s blood on the ground / and there’s moonlight in my bones”). In other words, it’s not just a private document of suffering, but a curiously generous set of visions of places rustic, carnivalesque (‘The Way We Destroy Ourselves’) and even tropical (‘Hold My Heartache’).

Unlike a thousand alt country / alt folk singers adopting a world-weary tone for no particular reason other than that jollity is beneath them, Jacobs manages to sound like someone you’d actually want to have around in a hospital, for all that he’s tired. Yes, it’s a fever-dream of a record, in places, but there’s some tremendously catchy lo-fi pop, too, in a Sparklehorse vein (‘St Marys’), and the dashes of programming beneath the guitars, pedal steel, honky-tonk piano, and horns (not always at the same time), are always deft enough to suggest the slide into delirium or anaesthesia, where things aren’t quite recognisable.

Another Ontario-based band (like Royal City, above), OhBijou centre on the folksy songwriting and childlike tones of Casey Mecija, seamlessly blending mandolin, violin, banjo, and cello to create a bright, flowing music that’s far more intricate – not to mention engaging and compelling – than you’d initially expect. It’s a difficult balancing act to be so sweet without being cloying, or just ignorable. With the exception of ‘Make it Gold’ (track 8; the best here) Mecija’s voice doesn’t dramatically change gear, like My Brightest Diamond, or yelp and squirk like Joanna Newsom, and unless you’re listening for them, you’d barely notice how many different fills there are in each song (a xylophone here, an accordion there, a trickle of piano to follow), but that’s how OhBijou keep you listening: every song knit together like a multi-coloured scarf. Basically, OhBijou write the songs you wish Regine would (for Arcade Fire), if she could sing, with the kind of sensual, seductive lyrics you wish Isobel Campbell would write, if she wasn’t stuck on trite rhymes. Okay, that’s a whole lot of female songwriters mentioned, and only the jittery piano of ‘Cannon March’ really sounds like Joanna Newsom, while ‘New Years’ briefly pushes guitars and strings to an Arcade Fire crescendo. Sparkling gently, OhBijou sound like themselves, and that’s a fine thing to be.