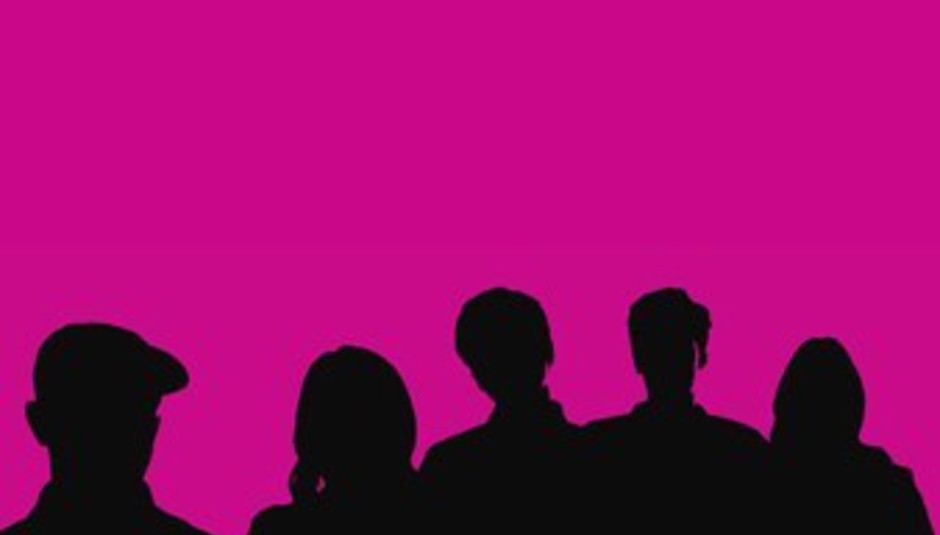 An Alt. Country Classic...? The Magnetic Fields, The Charm of the Highway Strip

An Alt. Country Classic...? The Magnetic Fields, The Charm of the Highway Strip

If so many of the artists tagged “Alt.Country” actually consider themselves Rock or Indie, and most – demonstrably – grew up with Punk, Hardcore, and 70s Hard Rock, then the question of authenticity goes out the window. You might as well use synths and drum-machines alongside your slide and fiddles (like Smog, Sparklehorse, Palace Music). Alt.Country’s fair-game, right?

Years before Alt. Country became so contested, The Magnetic Fields already seemed to have made an Alt.Country classic, in the form of The Charm of the Highway Strip (1994). In many respects the most coherent concept album in The Magnetic Fields’ oeuvre, Highway Strip was the first album Stephin Merritt sang in his own voice, having delegated vocal duties to Susan Anway, on Distant Plastic Trees (1989) and The Wayward Bus (1991). Their, her stylized vocals underscored the irony of a chanteuse singing these ‘Gay & Loud’ songs (as Merritt called his publishing company). The seeds of Merritt’s interest in Folk and Country as a conceptual counterpoint to his Futurist electronica are apparent early on, though, in songs like ‘100,000 Fireflies’, which closes Distant Plastic Trees –

I have a mandolin – I play it all night long
It makes me want to want to kill myself
I also have a dobro, made in some mountain range
Sounds like a mountain range in love
But when I turn up the tone on my electric guitar,
I’m afraid of the dark without you close to me

At the end of the song, Merritt hints that Country music’s a state of mind, and the country itself (the boondocks; Hicksville; Nowhere, Idaho) is just a metaphor for a couple’s solitude:

You won’t be happy with me, but give me one more chance
You won’t be happy anyway
Why do we still live here, in this repulsive town?
All our friends are in New York.
Why do we keep shrieking, when we mean soft things?
We should be whispering all the time.

Given that Merritt’s made “a career from being blue” (as he jokingly sings on 69 Love-Songs) it’s no surprise that when he first chose to sing in his own voice, Merritt adopted a country-singer persona, if only for Highway Strip. It’s the music of misery, after all.

Ghosts and Vampires and The Charm of the Highway Strip

In spite of its gothic touches, there’s a more sincere, and more sophisticated engagement with the traditions of Country Music than many in the genre. Two years before David Lynch’s Lost Highway (1996), Merritt’s album reflects a longstanding preoccupation in American culture that screenwriter Barry Gifford picked up on, when he sent the split-minded protagonists along the lost highway, and into the desert, to confront the vampiric figures feeding on them (providing them fast women, and the eyes of the crowd on them, until each addiction destroyed them). Like Gifford (himself a peripheral figure in the Beat scene), Merritt would have been thinking of Hank Williams’ ‘Lost Highway’ when he wrote the opening track, ‘Lonely Highway’, and there’s a gradual build-up to a complex mythology, from that romantically exaggerated, but otherwise realist, setting. The opening verse of Merritt’s opening song sounds straight (i.e. literal), unless you assume there’s a camp pun on the name of the town / the name of a lover:

So far, so Country, but then we get a stronger taste of Surrealism, in the second track. Surrealism drew on the richly metaphoric poetry of exotic cultures, in an age of European pillaging, but it also drew on the urban experience of images and ideas colliding in the metropolis: the weirdness (or, seemingly fated meaningfulness) of chance encounters; the unexpectedly poetic beauty of scientific neologisms like “magnetic fields” for André Breton & co. This is ‘Long Vermont Roads’ –

Your eyes are long Vermont roads
With a tacky song on the radio
And your eyes are toothless young men in Tennessee
[…] But after all those trains, and all those breakdown lanes
The roads don’t love you, and still they won’t pretend to

Country singers love their puns… which makes their forced analogies so appealing to pilfer, albeit affectionately, for a Noo Yawk Bohemian like Merritt. In that second verse, Merritt transforms “breakdown lanes” into another symbol – after all, it’s the place you literally pull over, the hard-shoulder you cry on, when you’re driving away from your lover (and maybe it’s where you pick up hitchers for a good time, too). By the third song, we’re truly on the Lost Highway:

It’s possible, even likely, that Merritt was thinking of the vampire symbolism in Bret Easton Ellis’ Rules of Attraction and The Informers when he wrote many of these songs. Gifford’s vampire had its own duality (i.e. forms of addiction, both literal and figural), and Ellis focused on the dealer-as-vampire (also, the emotionally-cold user-as-vampire), but either way the vampire is one of the most polymorphous and perverse of symbols, in a psyche that’s already supposed to be polymorphously perverse (sez Freud). By using vampires again in the next track, ‘I Have the Moon’, Merritt defamiliarizes hackneyed notions of eternal love:

…all of which is gushingly sad, drawled out in Merritt’s world-weary tone, but reminds us all how many people we seem to have been, each time we embark on a new love, and each time we realize we’re those lovers – we’re going through the motions that put us on a path that stretches back to the beginning of time. Sometimes old songs – not just country songs – can do this for us young’uns, sick of contemporary schmaltz; they make you realize people felt this decades ago, people who “were born and then they lived and then they died / seems so unfair, I want to cry” (to quote Stephen Morrissey). From a heterosexual perspective, the song’s doubly moving, because it’s the first one in which the singer (or his persona) comes out at the end, revealing the vampire as a double metaphor of love that should never die (but flames up and shrieks when it does), and the homosexual, whose lover may not have come out:

Heartbreaking stuff. Probably time for another video... This is 'Two Characters in Search of a Country Song' - title taken from Luigi Pirandello; arch lyrics about listening to the angelic "voices from Nashville Above" all Merritt's own:

It’s not all appropriations of Country music, to serve the interests of listeners (and a songwriter) supposedly excluded from the genre. Leaving aside the modern classics for hip young metrosexuals, Merritt digs up Arthur Miller’s Willie Loman, that perennial symbol of aspirational but downtrodden America. In ‘Crowd of Drifters’ Merritt doesn’t specify the demons at any point, only that:

Merritt tricks the listener into hearing wage-slavery as spiritual death. Maybe the anonymous people on the road “cast no shadows” because they’re thin – emaciated by poor diets and broken sleep in Motel rooms – or they only come out at night. Is the singer no longer “in your photobook” because he was never quite there, or his face has ceased to have any meaning, to be noticed? Has he been taken out in some frustrated gesture of banishment, and then forgotten, he was written off so long ago? There’s something delirious, sleep-deprived, early-morning dream-logic about the lack of resolution. The burning sun in the second verse, again, doesn’t force the vampire metaphor: it captures the sting of the late-afternoon sun reflecting off fenders and hoods onto weary eyes. This guy doesn’t have nothing though: he has a car; he has that good ole phallic symbol of autonomy and masculinity.

Trains, Plains, and a Barefoot Girl

Continuing his backwards trajectory through American myth-history, Merritt introduces a female character for ‘Fear of Trains’ (track 7), a song that would be almost academic in its exhuming of white men’s guilt, if it weren’t for its jaunty train rhythm… although even that manages to be pointed, the use of trains being class-coded, a mark of social stratification, and an instrument of economic subjugation:

In ‘When the Open Road Is Closing In’, the singer has simply become the road; realizing that the highway is the beginning and the endpoint of automation: curbing your life to a straight line, and making you one-dimensional. The sequencing of the album isn’t strictly (reverse) chronological, but its penultimate track suggests that The Charm of the Highway Strip is only slightly removed from The Charm of the Railway Track, which came before. On the rails, the destination is a vanishing point that only the driver can see, while the passengers are looking at a procession of blurred images. On the Lonely Highway, every driver may be isolated in their metal shell, but the passengers on a train are often just as lonely among strangers, and lack the comforting illusion of autonomy. There’s not much to say about the final instrumental, but given the historic parallels between the events of 80 years ago, and the events of 2008 – 2009, a track entitled ‘Dust Bowl’ is a poignant message that where we’re coming from is often where we’re going.

Finally, if there is as strong a connection to Bret Easton Ellis as I’ve suggested, Merritt must have loved the fact he got to put a “Merge” sign on the back of his minimalist sleeve – alluding simultaneously to Kraftwerk’s Autobahn and the dark punning in Less Than Zero, not to mention subsequent novels about spiritual, cultural, and moral vacuity in contemporary America. In the novel, the narrator ponders Freeway etiquette (“people are afraid to merge”) without ever thinking of his insight as an epiphany. Like Ellis, Merritt more than once transforms ghosts and vampires from the stock figures of horror-movies (personifying guilty memories or predatory sexuality) into emblems of distinctly fin-de-siecle anxieties: ghostliness as emptiness, and the vampire as insatiable, unfeeling consumer, drained by the late-capitalist economy. Sounds like an Alt.Country album to me, and a classic one at that…