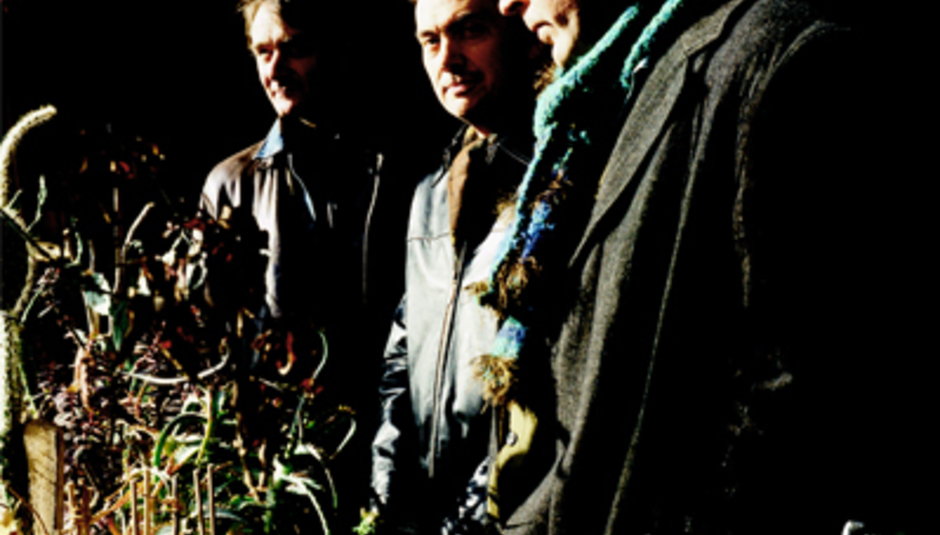 A fixture in maudlin record collections for the past 15 years, Tindersticks emerged in the mid-‘90s with the epic, joyously baroque album Tindersticks (their second album was, confusingly, similarly eponymous of title).

Since then though, the group, led by Stuart Staples, have been dogged by the loss of founding members, a seeming aversion to playing live since the turn of the century and a pair of so-so recent LPs in the shapes of Can Our Love… (2001) and Waiting For The Moon (2003). But now Stuart and original members David Boulter and Neil Fraser have regrouped to record their seventh studio LP, The Hungry Saw, the band’s best effort for nearly ten years. Indeed, tracks like ‘Flicker of a Little Girl’ and ‘Boobar’ are amongst the best work they’ve ever produced; light, sweeping and melodic all at once.

The five-year gap between their last studio album and The Hungry Saw allowed Staples to release a pair of solo albums and, as he reveals beneath, saw a re-emerging of the desire to prove that Tindersticks could still be a notable, powerful band seven records and so many years on. Performing live for the first time in a while at present, and with a high-profile slot at this year’s Latitude Festival forthcoming, DiS meets Stuart Staples to find him in the mood for some frank and honest truths about his time in and the sometimes crushing machinations of Tindersticks.

Clearly happy with the results of the new record, Staples is quick to point out the differences between The Hungry Saw and the band’s last outing.

“I think with the last album, Waiting for the Moon, even if the songs were born out of that [positive] feeling, I think they got buried along the way,” he explains. “Making the new album, we just got into a place where it just got playful again, y’know? And that was a great feeling.”

It’s a natural suggestion that perhaps much of this returning happiness could be accredited to the returning band members, David and Neil, and Staples doesn’t disagree. “I think it’s a good feeling that we shared,” he nods in consensus. “In the beginning it was really natural to be like that, but over the course of making records over a 12-year period, things get taken away from you – or got taken away from us, and we found ourselves in a kind of a cycle, but also in specific kind of roles within the band, and I think that’s all been broken down now. And it’s just purely about ideas now, and if those ideas are exciting between us.”

What does he mean specifically by things being taken away? “I just think that when we started, when we made our first two albums, we were very organic and subconscious about the way we make music,” he confides. “And maybe success brought with it a certain kind of self-awareness and a kind of weight of expectation and things like that, that all kind of chip away at you and have an effect on you when you’re trying to make something.” Would it be fair to say that the first two records brought unexpected success? And, as a result, pressure? “With the first one, we never though anybody would listen to it really, it was very much our thing… after many years of trying in bands,” he muses.

A strange statement, given how enchanting those early records are; but it wasn’t too long until that self doubt became almost a self-fulfilling prophecy whereby the band increasingly seemed to lose their way. Members were shed, line-ups swapped around and different directions were taken. Now though, Staples seems to have a more balanced, distanced view of things. Living in France, where he’s been based for a number of years, the singer has ended his sometimes miserable immersion in the band, choosing to duck his head back under the water only occasionally. The results seem healthier, and far more enjoyable for the listener.

“Dave has lived in Prague for ten years now, and I’ve been in France, so we’ve had a long-distance relationship for some time. But I think that, with the situation at the moment and making this record, it was just… there was a genuine excitement about getting together and also making use of the time we had to make music. When we’re not together it feels kind of fragile, this loose idea, and then when it come together it really goes somewhere else and becomes really strong. I think before we used to exist, but now we exist in bursts.” How necessary was the five-year break between albums? Was there a point where it looked unlikely that there would be another Tindersticks record?

“We just got to a point where we needed a break,” sighs Staples. “And I think it’s true for everyone in their own way, but for me I just kind of felt like I’d lost a sense of myself and who I was, that I existed in this thing that carried on. Looking back I think the solo albums for me were about rebuilding something, rediscovering something, which is why maybe the first solo album was brutal in that way; it was something I just needed to virtually do on my own – to make something with my own bare hands. From that point I never thought I would be on a stage again – we hadn’t played for seven and a half years, but gradually I was figuring things out.”

Indeed, Staples hadn’t played since a European tour in 2001, vocally unhappy about the on-the-road lifestyle he endured. Finally he broke his live hiatus when performing the band’s second album at the Barbican Centre as part of ATP’s Don’t Look Back series. “I realised that it was something I needed to do and I think that’s just as important to me as being here looking forward to concerts with everybody this year. So it’s a real kind of excitement about playing everything live, we’re all looking forward to it.”

There does seem to be a renewed vigour to Staples, something that shines through on The Hungry Saw. For many bands, seven albums in, it’d be hard to rediscover an audience, but there seems to be a huge amount of goodwill for Tindersticks and this album – is that something Staples is aware of?

“With the music in itself, I feel – I don’t mean lucky, because it’s something we’ve created - but to be in a situation where we’ve been able to make this album, but to touch again the essence of what drove us to make music in the first place, I do feel quite privileged in that way. Us feeling like that, I feel the life that’s in the music in the record, I haven’t really felt like that for a while.”

Does he see this new stretch of happiness and inspiration continuing past this record into another, and further touring? “With this record, musically, it feels like for the first time that we’ve finished making an album and there’s a whole space in front of us to move into, and that’s really exciting. On a commercial level, it’d be nice to feel like that as well, a time and space to step into, but I haven’t got any overall goals aside from, just at his moment, I have a sense of the future. There’s a lot of things to discover.”

And that, as any Tindersticks fan will tell you, is a fine and heart-warming thing to hear.

The Hungry Saw is out now on Beggars Banquet, and reviewed here. Find the band on MySpace here.