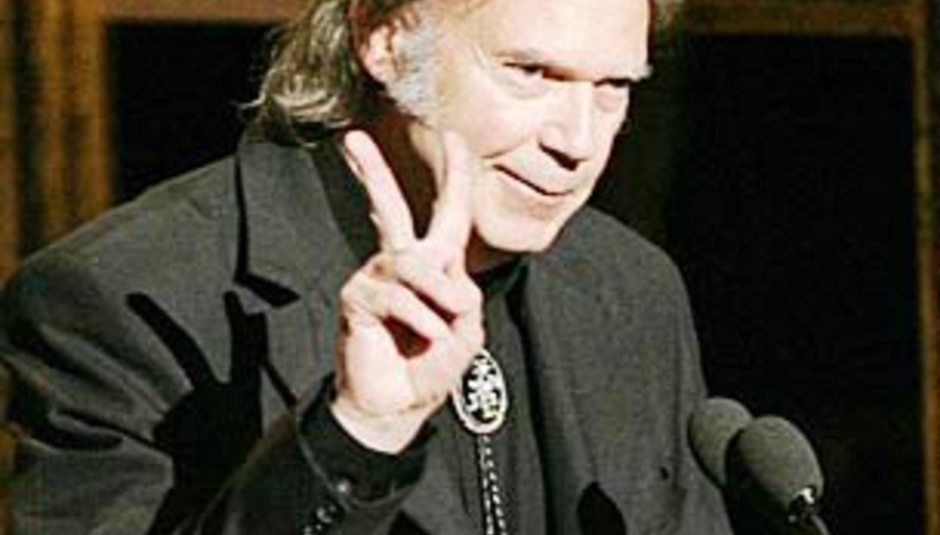 There’s no two ways about it: Neil Young is blazing a fearsome trail at the moment, offering his greatest work for some time and turning in some of his best shows ever according to many, while showing no sign of abating. Add in to that news of a new record, Toast - the latest in Young’s Archives series - and his first UK festival headline set for some time at the new Hop Farm Festival, and it seems a more than appropriate time to celebrate ol' Shakey with the cherry pickings from one of the most remarkably consistent oeuvres – ‘80s excepted – in the whole of rockdom. And no, we're not touching Trans with a 50-foot barge pole. It always seems to be an eternal toss-up between After The Goldrush and Harvest for acoustic Young fans, but in the end …Goldrush wins out for its less-syrupy production, pure harmonies and stripped-bare honesty. Every song of its eleven-track body is nigh-on perfect, from the opening line of ‘Tell Me Why’ with its gorgeous ”sailing heart ships through broken harbours / out on the waves in the night” through the cracked piano-led beauty of ‘After The Goldrush’ itself and right on to the end of the 90-second closer ‘Cripple Creek Ferry’ that transports you out on to someone’s Mississippi porch. Really though, it's unfair to to pick highlights as the entire record is a beautifully-realised project from start to finish. Long waxed lyrical of and held high due to its lack of availability for 25 years, On The Beach was an unloved record at the time of its release. History has served it well though; On The Beach is stretched, unfocused and rough, but at its core is a fine album that sounds like Young having fun, ignoring rather than being crushed under the weight of his recent success. There are still moments of spectral beauty within, like the Wurlitzer-led ‘See The Sky About To Rain’, but it’s the likes of ‘Revolution Blues’ that really capture the imagination, winding, clanging and tale-telling. A highly rewarding listen that improves each time. Dark, introverted and stark, as well as being full of rock 'n' roll fury, Tonight’s The Night is a commentary on and tribute to the drug overdose of Crazy Horse guitarist Danny Whitten. Recorded largely as live with an array of extra players like Nils Lofgren, Tonight’s the Night is raw and rumpled, Young’s voice acting as a hoarse conduit for his pain. Best tracks are the likes of ‘Come on Baby Let’s Go Downtown’ and the rambling ‘Roll Another Number’. Part damning, part celebration, it’s an unrefined and powerful record. The only record that I have ever bought three times – the third time was an accident, for which we have to thank Young’s insistence on generic and uninteresting record covers for the most part of the seventies. The native American tale-telling ‘Powderfinger’ is one of the great plugged-in moments of his canon; hard-driving but laced with gorgeous key changes and sighing harmonies. The ever-iconic ‘Hey, Hey, My My’ needs no introduction, book-ending the record in both acoustic and electric forms – neatly summing up the mixed stripped and plugged elements of the album, which sees Young once more hook up with Crazy Horse, on suitably powerful form. You dream of turning up to a Neil Young concert and seeing him and Crazy Horse in this form; visceral, amp busting, riff-roaring and just plain LOUD. You sense that every few years, Young dusts himself and his band off just to prove that they’re still the hardest-rocking motherfuckers in the business. This 1990 document of such an exercise consists of entirely new songs, the standouts being the rollicking ‘Country Home’, the sweet-chorused ‘Over and Over’ and the daddy of all white-noise blowouts, ‘F*!|n’ Up’. As live albums go, it’s pretty much perfect, as part of his extensive catalogue, it stands up as one of Young’s best discs full stop.

Toast is expected in June, shortly before Young plays his festival show in Britain.