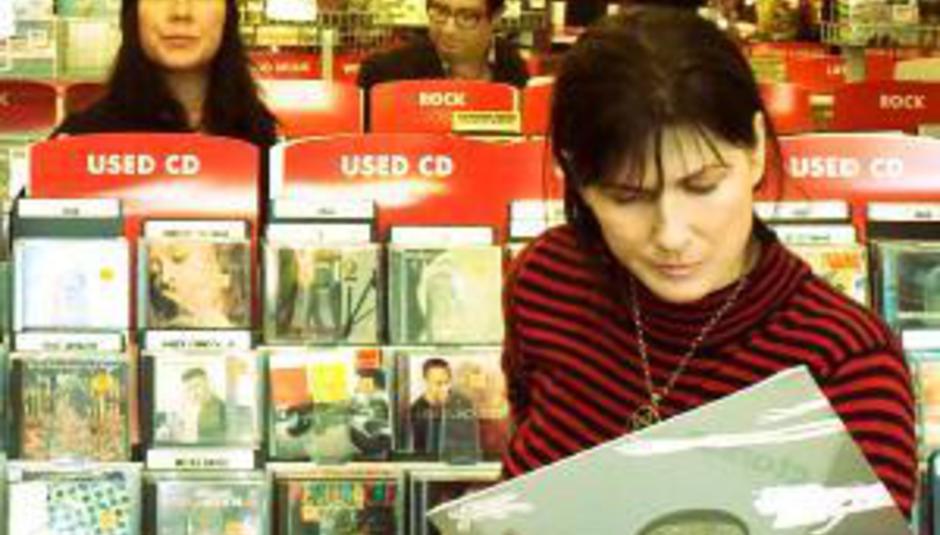 Top Breeders, recommend it: DiS gets chummy with Kim Deal

Top Breeders, recommend it: DiS gets chummy with Kim Deal

Speaking to Kim Deal is_ a bit of a big deal for this writer. _Any writer, surely. It's also something of a fortuitous opportunity. Her band The Breeders, for this record comprising Kim, sister Kelley plus Jose Medeles and Mando Lopez, release fourth LP Mountain Battles next week (April 7) but promo for the record was done mostly at the start of the New Year. So, on a number of levels, DiS is lucky to be on the end of this call.

We're told beforehand that focussing our questions on Pixies is, if not forbidden, then at least ill-advised. We're here to talk Mountain Battles, after all, and it's a record that has plenty of its own merits regardless of Kim's past life as bass player in one of the most influential bands... well, ever.

A more-than-worthy addition to The Breeders' pretty much faultless discography, the new, Steve Albini-produced album is their first release since 2002's Title TK and one that also sees the band venture to these shores for a rare tour. We'll be in attendance.

It's 7.30pm UK time, and mid-afternoon in America. Time to take a deep breath and pick up the receiver. Little do we know that by the end of our 30-minute conversation she'll be the one posing the questions to _us_...

It's been six years since the last Breeders album, Title TK. Obviously you've been busy with Pixies in the interim, but how long did it actually take to write and record new LP Mountain Battles?

Kim Deal: I'm pretty slow. None of it was written all at once and then recorded, it came together bit by bit. We actually started writing it in 2002 - when Title TK came out we'd already demoed 'Regalame Esta Noche', and then in November 2003 we recorded 'No Way' and 'Spark'. Then [Pixies guitarist] Joe[y] Santiago called about the Pixies thing... So that kind of interrupted it. Then in 2004 The Breeders went to New Zealand, Australia and Japan. About a year ago Pixies did Australia, and after that [The Breeders] came back and wrote 'Bang On' and 'Night Of Joy'. We finished the mixing last summer.

How did the writing process work? I understand some of the tracks were written with Kelley during that last Pixies tour...

KD: Kelley was with us for a couple of legs of the LoudQUIETLoud tour. Y'know, you always think you're going to do a lot of writing when you're on the road so you bring your guitar... I wasn't on the bus, I was in an RV - Kelley's husband was driving us. I don't recommend it, the shocks aren't very good. The bus is better. Do you guys have RVs over there? They're probably illegal. So, anyway, me and Kelley wrote 'Walk It Off' in the RV but you always think you're going to get a lot more done on the road than you actually do.

*In a recent interview I read, you said you feel like there should be a good reason for writing a song rather than just doing it for the sake of it. With that in mind, what was your motivation for writing _Mountain Battles_? *

KD: Okay. When I hear it back at me (the above theory), I totally don't agree with it. To write a song for no reason at all is a great reason! I'm just saying... I don't know... does it have to be recorded? Does this practise have to (be) the next record? Does everything that comes out of everybody's mouth have to be released? I don't know... (long pause)

I know what you mean. You could write a song and put it on MySpace in the next five minutes if you wanted to, but what you're saying is it's better to take your time, and wait until you've got something worth putting out...

KD: Yeah... it is. There's something really cool about technology, it's a great leveller. But... I don't know. Have you ever walked past someone at a computer and they're like “C'mere! C'mere! Listen to this” and they'll play you this great old blues song through crappy, tinny speakers? I don't want to hear it from them; I want to discover it for myself.

Definitely, it's just not the same as thumbing through loads of old records in a shop, taking one home and finding out it's amazing...

KD: Yeah, yeah. I had exactly that conversation with someone recently.

You collaborated with Steve Albini again on Mountain Battles. What's he like to work with?

KD: Y'know, if you've got a couple of hundred bucks you can fly over here and find out for yourself. He'll book with anybody! I like him. First of all he records analogue which I prefer. I don't hate digital but most people hate analogue. Not Albini, he's one of the few people that actually records with it. I still think it's weird to record digital; it's unnatural because the dimension of time is taken out of the equation. It's like plugging a guitar into a calculator. Oh... did I answer you question about Albini?

Sort of. How would you describe his style of production?

KD: Well, he'd never call himself a producer. He thinks producers are people who work at record companies, A&R people who want more tambourine in the mix. It's like... (laughs) Albini's not a producer, he records. Y'know, I read something he wrote... did you know he did his major in Journalism?

Yeah, he wrote that famous essay didn't he...

KD: ... about getting fucked over by the record company? KD: He did another one that's really good too. It was written during the ‘90s, and he wrote - and maybe you can find it online somewhere? - about how he sees his job in the studio. (This one? – Ed) He said that when a group of people get together to make music in a room, and he's there to record them, his job is just to capture the interaction between those musicians, those moments they're playing together in that room. He doesn't consider his job to be writing a middle eight, or rearranging their songs.

That's a pretty old-school perspective now, given the rise of these so-called 'super producers' who help shape the way bands sound...

KD: Exactly. That's why I was laughing when we started talking about it. The ideal of a producer is extremely old-school. It's like, the ‘60s... The Monkees, (American sitcom) The Partridge Family and shit. That's when the producers were the brainy ones and the hit-makers were just the chumps! Except, back then the producers could read sheet music. These days, they're the quickest people on the space bar. But going back to what Albini said, I find it really interesting. Whether I agree with it or not... I mean, I like all sorts of weird noises, and studio recordings that nobody played on or could ever reproduce. It got me thinking... do I have a manifesto? I don't know, but, like, if you were in a band... are you in a band?

KD: Okay. If you were in a band, would it matter whether you and your friends could actually play any song live? Or, would you rather put 20 minutes of really good music together that a DJ could play in a club and make people dance?

If I was in a band, I think I'd probably prefer the first one. It'd be nice to be able to play live whatever we'd recorded. On the subject of studio trickery, you've stated that Mountain Battles contains more overdubs than other Breeders albums...

KD: You know what happened? Somebody asked me about the difference between this album and the last album and I tried really, really hard to answer. And my answer was “I think this album has more overdubs”. Now Kelley's mad at me because she thinks everybody's going to go say,_ “Oh, that's the overdub record”. It's not! I tried to answer the question, and I do think this one has more overdubs... but I've worked on albums that have a lot more overdubs. It might only have two more than _Title TK. I don't know, I haven't counted them. Y'know, in the ‘90s Pro Tools burnt through studios quicker than crack cocaine in New York City. At the time, I knew I was extremely reactionary when I went to Albini to do Title TK. It was, like, “Okay, now we're in a room, let's play. Okay, now let's record”. I'm not so reactionary now.

Okay, last few questions. You're coming over to the UK in April to tour the new record. Looking forward to it?

KD: Yeah. We're coming over next Wednesday, I think, and playing in lots of places.

It seems like it. You're even playing in Sheffield, which is where I'm from.

KD: Really? What's the weather like over there at the moment? What should I be bringing?

It's actually been really sunny today... and yesterday. But that could change in an instant so I'd bring some warm clothes just in case. Would you say you enjoy life on the road?

KD: I live in Dayton, Ohio... I think it's that the grass is always greener. If I've been in the States for a while I can't wait to start touring, but if I go then after a week I'm like, “Oh, Dayton....” I miss it. Have you been to the States before?

No, I've not. I'd definitely like to though. I imagine it's quite different to Sheffield.

Australia, that was fun. Iceland... In Europe, Spain, France, Italy, Holland, Norway... anyway, I think we've only got time for one more question. So here goes: you've played in bands for over 20 years now, what advice would an older, wiser Kim Deal give to her younger self?

KD: Don't drink yourself to death. That's an Allen Ginsberg quote... and it's the only advice I'd give her.

Mountain Battles is released by 4AD on April 7, and the band are on tour in the UK from that very date:

Further information and music can be found on MySpace.