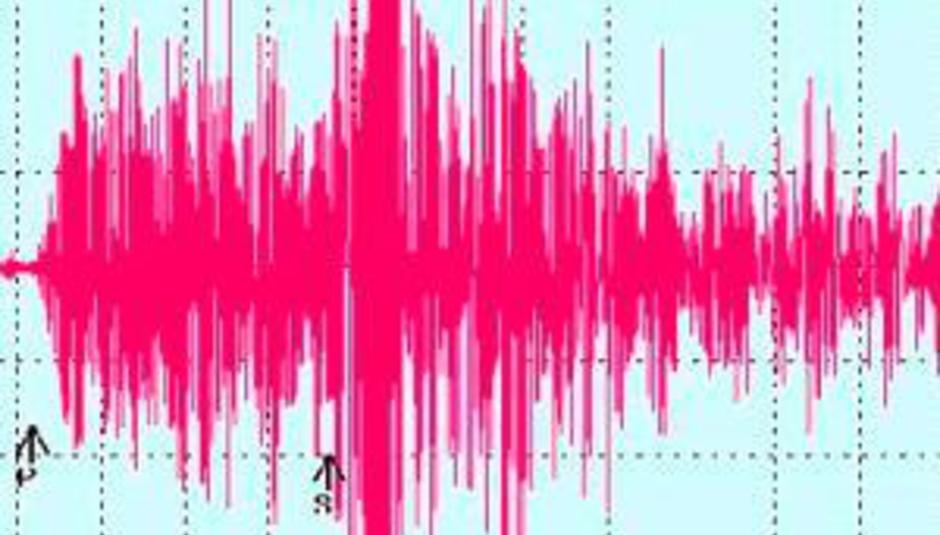 Cripes! One minute we’re all “Yay Spurs” and loving the Beautiful Game again, until that injury anyway (genuine shiver); the next we’re ducking falling chimney stacks as Britain rocks to some unruly Richter Scale madness and reading about Harry’s secret war. Bonkers, that’s what this country is. Still, the jolts have been beneficial, stirring DiS into collecting together February’s most-key releases.

Yup: the format’s the same but those records, they’re always changing. They can shake our houses, awaken us from our beds, but they’ll never take our record collections! Unless they mug us while we’re waiting for the night bus and take our iPods, ‘course.

Which are currently filled with: Beach House
Devotion
(Bella Union)
Says Alex Denney: “Devotion resonates with the same formless essence as its self-titled predecessor, but also far exceeds it in both composition and execution. The funereal organ and sparse, chintzy beats remain, but Beach House’s sound is more fleshed-out and vivid with harpsichord and lushly textured keys, Alex Scally’s slide guitar in particular more languidly expressive than ever. To say this record elevates the band far above the swollen ranks of shuffling shoegazers currently doing the rounds is putting it mildly.”
Read the full review HERE Los Campesinos!
Hold On Now, Youngster
(Wichita)
Says Dom Passantino: “There really isn’t anything wrong with this debut album from Los Campesinos!. It’s just the most amazing sugar rush you’re going to have this year, and is what, at this point in time, sounds strongly like the best debut album by a British indie band since Tigermilk. Now just pray to God that these guys can make it to a second album without Diablo Cody getting her grubby little mitts on their soundtracking rights.”
Read the full review HERE Atlas Sound
Let The Blind Lead Those Who Can See But Cannot Feel
(Kranky)
Says Kev Kharas: “While Bradford Cox’s Atlas Sound project owes just as much to noise, his debut album, like Deerhunter’s Cryptograms, uses LOUD in a different way, erecting a playfully vain barrier, using the distortion like Bowie used the Thin White Duke to mask his Victoria station Nazi salute, acting out like a dumb kid. It is as awkward in nature as it is by name, a lonely, awkward teenage mess of a debut solo album that sees Cox retreat from his band mates behind a slamming bedroom door, thirsty to splash in the sweat patches of his own contradictions.”
Read the full review HERE Pete And The Pirates
Little Death
(Stolen)
Says Billy Hamilton: “I used to hate Pete And The Pirates – I mean really fucking hate them. All previous encounters with the Reading-spawned quintet made my blood boil in the manner a cheated nymphomaniac would stove-simmer a vat of sweet, defenceless bunny rabbits. Yet here I am, toes a-tapping and lips a-humming to a record I simply want to detest – but I just can’t. Little Death is a mesmerising record certain to thrust P&TP into the fore with raucous, accolade-breeding aplomb. I’ve a lot of catching up to do.”
Read the full review HERE Laura Marling
Alas, I Cannot Swim
(Virgin)
Says Kev Kharas: “While the sentimental picture of a London-bound troubadour continues to grow around Laura Marling with the release of her debut album, you’d imagine the girl to find all the exclamation rather embarrassing. This album satisfies more for what its tracks don’t say than what they do – a spoilsport for any hopes of a runaway word count, but still, who needs the babbled chatter when you’ve had it from the fawn’s mouth. Marling is a new person who will occasionally ‘send a shiver down your spine’, those shudders sure to come more frequent with the steady passing of time.”
Read the full review HERE Let’s Wrestle
In Loving Memory Of…
(Stolen)
Says Gareth Dobson: “Career-savvy idiot savants? Or a moment whereby imperfection and audacity combine to stunning effect? Fuck knows, and neither do you. It’s simply too early to tell and the wonderful thing is that we’ll have to wait for the next fifty shows or the next two EPs and albums to have a better idea of what Let’s Wrestle are capable of. But isn’t the idea of watching your favourite children grow up over a period of time quite wonderful?”
Read the full review HERE Dead Meadow
Old Growth
(Matador)
Says David McLaughlin: “There are songs here, possibly even singles. Tracks like ‘I’m Gone’ or the almost Beatles-like jangle of ‘Keep On Walking’ are taut and reined where they might once have meandered and bloated to patience-trying lengths. That is perhaps the greatest triumph of Old Growth, Dead Meadow’s fifth LP. Stylistically there is a different kind of freedom that seems less about affectation or indulgence and more about adhering to the spirit of each individual song, making for harder-fought but longer-lasting rewards.”
Read the full review HERE Earth
The Bees Made Honey In The Lions Skull
(Southern Lord)
Says Tim Hall: “With US avant-jazz guitarist Bill Frisell lending subtle tones to a few songs and with touring members Adrienne Davies, Steve Moore and Don Mcgreevy on drums, keyboards and bass respectively adding to the sonic mix, Earth have evolved into a truly great band, both live and on record. This is music to lose yourself in; a soundtrack to Dylan Carlson escaping his past and pushing his musical vision forwards. This is the truly cosmic American music, a musical accompaniment to the dust bowls and the vast barren wilderness of a Cormac McCarthy novel not yet written.”
Read the full review HERE Hot Chip
Made In The Dark
(EMI)
Says Alex Denney: “On a record full to bursting with fizzing tangents and skewed fireworks, single ‘Ready For The Floor’ remains the sole symmetrical bloom in the truest pop sense. Which can be seen one of two ways: as Hot Chip’s moment to carve out a tour de force of populist songwriting in the vein of Dare or Lexicon Of Love, Made In The Dark must rank as something of a missed opportunity; but as a bigger, bolder (if overlong) follow-up to a deservedly popular second album, they’ve succeeded admirably.”
Read the full review HERE School of Language
Sea From Shore
(Memphis Industries)
Says Lianne Steinberg: “While their contemporaries Maximo Park and The Futureheads were enjoying the fruits of NME-adoration, Field Music, David Brewis’ previous incarnation, seemed to float too far under the radar to achieve their rightful acclaim. But some of the greatest music isn’t for the ears of the masses, and without the aid of his former bandmates as School Of Language, Brewis’ newest project boldly continues in the same experimental, engaging vein.”
Read the full review HERE

- - -
The DiScover Album of the Month Keyboard Choir
Mizen Head To Gascanane Sound
(Brainlove)
Says Rob Webb: “It's an obvious point to make, but music originating from Oxford these days - and historically - is a bit clever, isn't it? Enter Keyboard Choir, a six-piece electronica ensemble who started out with the intention of using exclusively electronic sound sources to produce an innovative live show. Whether it was their original intention to transfer this to wax remains to be seen, but their debut LP is certainly a work of no little artistic worth. With certain tracks sounding like a collaboration between Burial and Aphex Twin, we're glad they did.”
Read the full review HERE

Also released and reviewed in February: The Mountain Goats, Goldfrapp, Diebold, Tusk, Envelopes, I Was A Cub Scout and more…

Next month: expect memories refreshed to the tunes of Why?, Foals, Cadence Weapon and Stephen Malkmus, among other March-released delights…