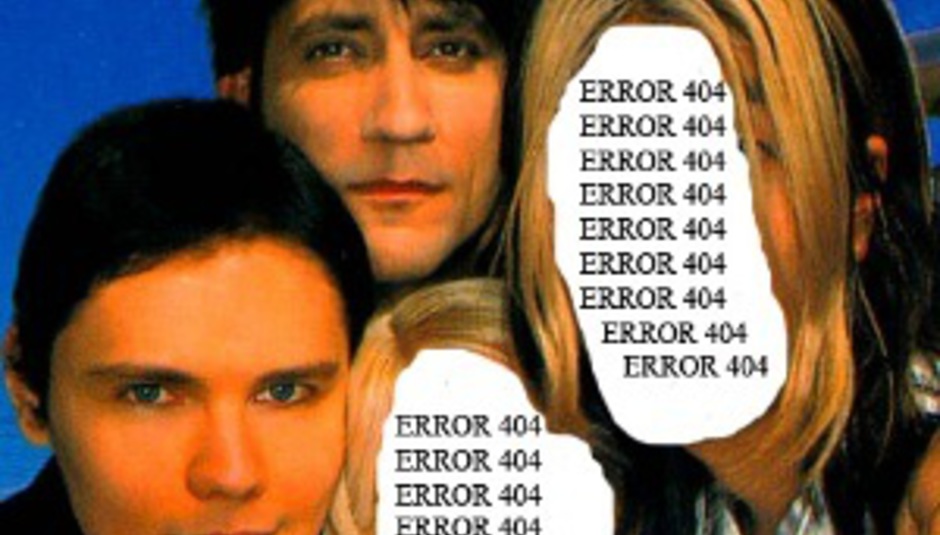 Now, I’m a pretty big fan of nostalgia – spend an afternoon at my place (that’s not an invitation, mind) and you’ll be able to watch a succession of retro animated shows (‘80s, of course) and listen to me bang on and on about how great Mr T ice lollies were, and why Zoids sucked compared to other robot-themed toys. But when it comes to music it’s quite clear that some bands really should be left where they belong – in the past. Hazily recalled through rose tints, these bands can live forever in the hearts and minds of their back-when admirers. What shouldn’t happen: reformations, recordings, tours, the destruction of dreams untarnished by flirtations with audiences unmoved by such from-the-grave actions.

Sometimes, blasts from the past get it right: Dinosaur Jr returned in their original line-up in 2005, and their first album in said formation since 1988’s Bug, Beyond, was a critical hit in 2007. Similarly, albeit without any new recordings, Pixies’ comeback in 2004 was handled the right way. Despite saying in interviews that there would be new material, Frank Black ultimately never penned anything worthy of the band’s name and reputation, and they instead rightly cashed in on a new wave of fans – partially turned on, no doubt, by that scene in Fight Club – by touring the world.

Which brings me to The Smashing Pumpkins, who have just wrapped up a number of dates in the UK. The shows were met by mixed reactions – certainly the Nottingham show was notable for a fairly unsatisfactory performance which culminated in an early finish with some ten songs on the set list left silent (see news and comments here) – but at the O2 in London on Saturday, February 16, it was clear to see that the band still command a huge audience. The best part of 23,000 punters showed up – many carrying a little more weight than they did when moshing out to the band back in ’95 – which ranks the Pumpkins as a Seriously Big Band in the live arena. But why, why, did they have to go and spoil what should have been a smooth return with new material?

“We’re gonna play a new song, from our new EP.” Nothing. No reaction. The intro to ‘Bullet With Butterfly Wings’? Bingo: instant fucking craziness from front to back, people on seats and stewards desperately trying to maintain some sort of order. Nobody actively booed the band’s new material – from the critically annihilated Zeitgeist LP (59/100 on Metacritic seems oddly favourable) and new four-tracker American Gothic – but the atmosphere shifted significantly when a ‘Rose March’ or ‘Tarantula’ reared its head between cuts from Siamese Dream and the band’s greatest album, Mellon Collie and the Infinite Sadness. While Pitchfork rightly commented that “nobody wants progression from the Smashing Pumpkins” when reviewing their latest album, it’s apparent head Pumpkin Billy Corgan continues to believe he’s producing material that can stand up against his best work. The last great song he penned: ‘Stand Inside Your Love’, released as a single eight years ago.

I was, for a time, massively in love with the Pumpkins, around Mellon Collie; I was 15, really getting into more ‘mainstream’-sounding rock music in a big way after working my way through copied tapes of Soundgarden and Nirvana (both huge mainstream bands, but neither were as immediately FM-friendly as anything on the Pumpkins’ best LPs). The impression left at the time – a considerable and positive one – remained until the release of Zeitgeist last year (DiS review here), when it was dashed by the WHY? that stomped any of those certain-hued spectacles into dust. Saturday’s live show confirmed my feeling that next to nobody gives a single fuck about anything after 2000’s Machina/The Machines Of God album. (I, for one, have successfully erased Corgan’s solo album from my memory.) Zeitgeist, if the O2 crowd was anything to go by, has not turned on new fans… so why bother wasting record label money and your own time pumping out questionable material? Play the hits, already.

Or was it? Bigger budget: bigger bang
- - -
Of course they do – between the ill-advised contemporary compositions – but the sourness of the several post-revival-penned numbers leaves the bona-fide successes feeling muted, stunted by associations. ‘Today’, ‘1979’, ‘Tonight, Tonight’ – these are the songs the band will be remembered for. Not abominations of quasi-political posturing like ‘United States’. The Pumpkins, therefore, are one band that should, maybe, have been left resting, the proverbial sleeping dog forevermore, never to be blighted by poor-cousin comeback offerings. Sh sh sh sh sh shame, indeed.

It’s all here, on tape; he could have consulted his own words: “what is lost can never be saved”, “can you fake it for just one more show?”, “I still believe that I cannot be saved”. And, of course, “The more you change the less you feel”.

Which has never been more evident in any reformed band of yesteryear than it is here, now, with The Smashing Pumpkins, the dream of ‘Today’ little short of a nightmare. Perhaps Zwan wasn’t such a bad idea after all: for all the friction in the band, at least they were a comparative breath of the freshest air when assessed against the best that the new Pumpkins can offer. Nostalgia’s gone to rot.

And don’t even get me started on Kula Shaker…

DiS Missive is our new column featuring a quite singular opinion in every irregular edition; expect subjects to be tackled which regular features and reviews can’t touch, and for that grain to be gone against in the name of just because. Future DiS Missives coming your way include a piece by Mogwai’s Stuart Braithwaite.