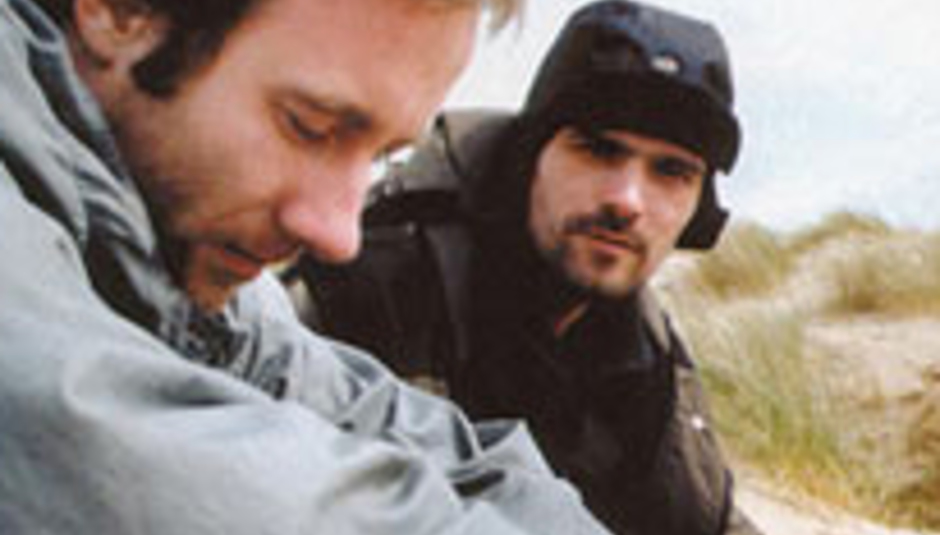 Preconceptions are a curious thing, especially when it comes to fêted electronica twosome Autechre. Over a prolific 15-year-plus career, the Rochdale pioneers, Sean Booth and Rob Brown, have garnered (actually preposterous) loose reputations as unsmiling hardware-slash-software re-wirers. Synonymous with the Warp label, home since 1993 debut album Incunabula, converts to their dense, complex, evolving, unique and precise beats speak of the pair in reverential terms.

Once, however, you’ve made their acquaintance in person – as DiS does for the second time, in the hubbub of a dimly lit London bar – the reality is refreshingly down-to-earth. Booth and Brown are regular gentlemen, in the truest sense of the word, from Manchester’s outskirts, shot full of humour, intelligence, a willingness to chat on just about any subject and an uncanny knack for completing sentences for each other. To their credit, moods haven’t even been sunk by one major experimental music publication leaking latest album, Quaristice, their ninth LP, mere days beforehand. Maybe it’s because the feeling among long-term fans is that Quaristice represents Autechre’s greatest album since the clocks struck new Millennium time...

So what does Quaristice actually mean?
Sean: We made it up. We just liked the look of it really, that was it. There’s no...
...Explanation?
Sean: No! It’s just a word.

You once described 2001 album Confield – a record that enraptured Thom Yorke, no less – as “pop music” compared to material you could have released. On the Autechre scale, how do you see Quaristice?
Both: Pop music!
Sean: Even more so.
Rob: Some people refer to Confield as the most difficult thing we’ve ever done.
Sean: That’s really weird. Confield’s definitely not a normal album but I don’t think it’s inaccessible either. We get that levelled at us a lot. That’s basically someone saying they can’t access it. Which is fair enough: it’s a subjective thing. It depends what mood you’re in. But the new one I’ve been listening to more since we finished it than I have any previous album.

Having worked together for so long are you almost musical extensions of each other now?
Rob: We find ourselves imitating each other in order to compete with that person. So say if I’m not around and [Sean] wants something he attributes to what I’d often do instinctively, he’ll do it. I’ll be like, “That’s a lush bit there”. He’s going, “Yeah, it’s funny you say that. I was trying to do what you might have done”. And I’ll go “No, that’s beyond what I might have done”. It’s quite competitive.
Sean: I got asked the other day, “What do you listen to?” And I go, “Well, Rob’s tracks”. I find it hard to find anything else I rate as much. We’re brutally competitive and I think that helps us. We don’t get lazy. It’s really easy to, especially if you’re getting a bit older and you’ve bought a lot of equipment. You probably don’t think as dynamically anymore.

Are there still disagreements?
Rob: Yeah.
Sean: Now and again. Less than there used to be.
Rob: We decided on a plateau where if we have personal differences we both agree which is the best of the two ideas and leave the ego behind.
Sean: We move away from the subjective and try and be objective.
Rob: We steer one another in a certain direction.
Sean: We don’t share every single thing we learn independently but a lot inevitably get shared because we’re contributing to the same pot.

Are you tired of assumptions you may be standoffish, difficult people in the flesh?
Sean: Mainly it’s actually fans that have the weirdest expectations. They’re the most intimidated when you meet them. They’ve probably got some idea of your attitude from t’media.
Rob: And their own assumptions.
Sean: It’s real hard to put your attitude across in the media. I could sit here and say “I’m just doing it because I like it” as much as I want. But that doesn’t get printed.

Another misconception comes via the way you approach live shows: you regularly have all lights switched off during your sets. Is that to focus attention on the music?
Sean: Yeah. When we used to go out – early, early gigs, before acid got to club-land in Manchester – there was a lot of warehouse jams. They didn’t have anything. You’d pay £25 and it was dark, no lights. That first experience of that music was only being able to hear it. It was intense as fuck. We’d go out to clubs afterwards and just think “Put the fucking lights off” or “Why can’t they just put the fucking strobes on”. I hated the light.
Rob: Clubs in Rochdale would stop at 12.30am. They’d almost arrest the whole proceedings for a light show.
Sean: It was really bad.
Rob: Having the lights off is the cheapest alternative but...
Sean: It’s more powerful that way. You haven’t got all them distractions and social shit getting in the way.
Rob: And no-one’s having to stare in the same direction.
Sean: That’s the mad thing: we play in America now, they just fucking stand there.
Rob: They just stop dancing.
Sean: They’re staring at the stage. No dancing, no talking, just staring. It’s like, “What are we supposed to do now? Wear shoulder pads or something?” How do you make that interesting? But at the same time that’s not what we’re doing. It’s about what comes out the speakers.

How much have you indulged in the accessories of club culture in the past, for example pills?
Rob: I’ve never done any in my life.
Sean: I took my first E in ‘94. I’d been doing drugs since ‘88, mainly speed, acid and weed.
Rob: The heaviest drugs I did was speed and acid.
Sean: When Es happened in proper Manc clubbing circles, about ‘87-‘88, I just weren’t interested. I used to just think “That’s got to be the worst drug going”. It’s like heroin for people who move around. It just makes you think everything’s good.
Rob: It just seemed destructive and negative. In a year’s time are they going to like anything they’ve ever listened to?
Sean: You could tell with these people that immediately after the drugs wore off they weren’t interested in music anymore. It was just their way of being into music.

Are there any political leanings behind Autechre music?
Sean: No.
Rob: I don’t mix the two.
Sean: I’m not political at all actually, but I know quite a bit about politics now, unfortunately. My girlfriend’s dad is, like, the world’s leading authority on political funding and government corruption. I used to be pretty informed but now I’m really informed. But I don’t subscribe to any particular body and I’m not into ideologies, because I think I can criticise all of them. Until I find one that I can’t, I probably will remain this way. Politics has been so commercialised and focus group-ised it’s very difficult to get a handle on. Politicians don’t seem to be able to inspire people anymore. All they do is piss them off. They just respond to public opinion largely, which is largely fucking misled because the public are largely fucking stupid. I don’t really pay much attention to politics but I listen to the business news a lot. Financial Sense Newshour by Jim Puplava is one of the best radio programmes in the world ever. If you want to learn about the world that’s where you do it: money is what it’s all about. That’s what’s important. Politics is like a fucking also-ran.

After over 15 years of releases and making music together for more than 20, can you see yourselves still doing this in 15 to 20 years?
Rob: More than likely.
Sean: Yeah. We’re happy to be onstage in a club, we’re happy to do studio albums. So long as we can do both and one supports the other, or they both support themselves, we’re going to carry on. Otherwise I’d probably dive headfirst into academia. York [University] were talking to us about doing a scholarship and getting a PhD...
Rob: York University’s pretty good for sound...
Sean: That’s not even that much work for us: we’ve already done a bunch of the work we need to do.
Just submit the entire Autechre discography...
Sean: More or less. Annotate it and that’d be it. If I got to a point where I couldn’t make money out of music I’d probably just become one of those guys with brown teeth, badly fitting leather jackets and elbow patches. For the latest Autechre info-blasts, venture here (contrary to the URL suffix, they’re not actually based in Western Samoa nowadays or anything. We reckon).

Quaristice is out now on download – buy it here (FLAC) or here (MP3) – with physical CD and vinyl releases following on March 3, all on Warp.

Cut the lights and rave until you knock fellow attendees over in the darkness in the following places in the coming weeks, supported by SND and Rob Hall: