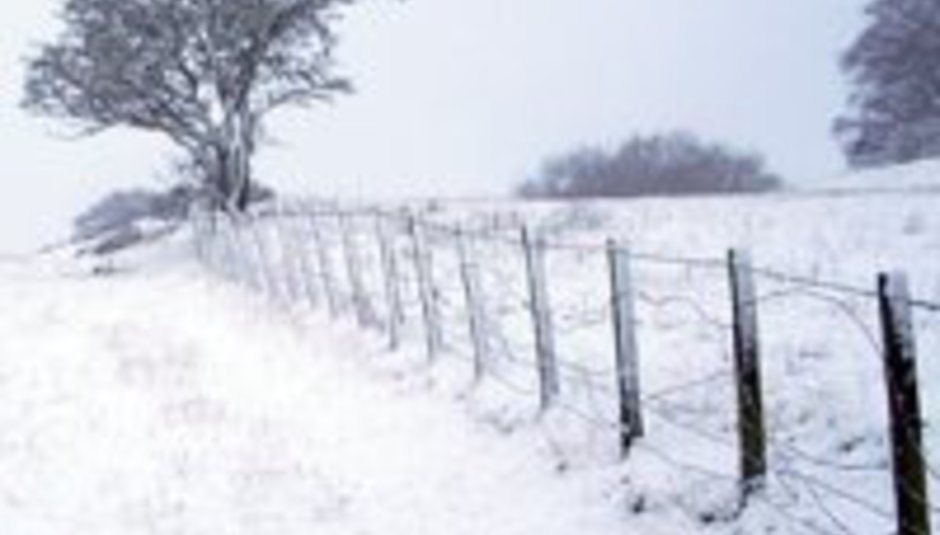 A new year, a strange first month: high-profile passings in the media, the axing of a national icon, real life snow. And some much-hyped albums falling just wide of the mark. Step up Lupe Fiasco, Adele, Bullet For My Valentine; none appalling, but none so captivating that attentions aren’t soon wandering elsewhere. Not that the charts especially reflect DiS’s more ambitious tastes, of course.

Which is why we assemble these pieces once per month: a top ten for the period, of the records that have had the most impact on the in-house DiS staffers and our many freelancers. They might not always carry 9/10 scores, but these are the albums that’ve sound-tracked so many of our January days (and, truthfully, November and December, too). Some you’ll know, and hopefully own; others may be brand new to you. These are the records we hope you’ll be checking out next. We’re really not fibbing to you when we say they’re most worthy of your time.

But that’s some way off yet. In the meantime, make these albums amongst your next purchases if you’re financially able (really, they’re all most excellent), and we’ll see you for another Month In Records four weeks down the line. Writes Mike Diver: Through ragingly volatile highs and purposely sluggish lows – more ups than downs, literally and critically – Black Mountain surely show off their greatest recording achievement to date here. Plaudits for _In The Future have been anticipated since a good many weeks back, and the above words merely comprise part of a feedback file bulging with dribbling praise, but no back-slapping isn’t without warrant. This is a wonderfully zealous experience, bristling with realised potential and fulfilled ambition._ Writes Samuel Strang: Amid the sickening carousel chimes, tin-pan Tropicália and corroded dub, el Guincho’s Alegranza leaps manically from one beaming influence to another, constantly shifting guises, knitting a comfortable coastal paradise. Out in glorious hyper-colour, it feels so beguilingly withdrawn from reality, an idyll creeping ‘round repetitious routine like a friendly iguana cooling you in humid heat. This is music created in glorious isolation, drawing on its own influences to create something just as fresh and just as joyous; drifting out into the ocean on its own shonky raft. Falling Off The Lavender Bridge**

Writes Nicholas Garcia: Lightspeed Champion’s Dev Hynes is adept to some seriously strong songwriting and the song ‘Salty Water’_ perhaps stands as the pinnacle of his achievements thus far. Accompanied by little more than a hauntingly reverberating piano, the track sees Hynes meditating on his impeding, much dreamt-about rise to success, finally unconvincingly concluding: “I’m messing, I’ll get used to the height and the taste of salty water”. Hynes’ ability to embody emotional vulnerability in such an implicit fashion is one of the record’s – and the songwriter’s – considerate strengths._ Writes Alex Denney: Those who complain about a lack of heart in** The Magnetic Fields**’ writing can't be looking hard enough, gluttons for arm-waving sincerity that we’ve all become - Distortion displays soul enough for anyone, and Merritt’s art remains strong enough to blow finely nuanced raspberries in the faces of his empathy-junkie detractors. Save the odd occasion where Merritt opts for smirking affect over emotional resonance, it all adds up to an excellent addition to an already distinguished back catalogue. The Bedlam In Goliath**

Writes John Doran: Each track is composed from so many riffs, ideas, styles _et cetera that it will literally take you weeks to dissect the entire album, so dense is its structure. In some ways The Mars Volta are the perfect example of how a band can be successful and still boundary pushing and, it should be said, their shtick is amazing. Buried Ouija boards? Tormented giants from other dimensions? Nervous breakdowns? Ghosts in the machine? This is the stuff of rock legend and it’s made for a brilliant album and, just like_ The A-Team, this time they did it with no casualties. Writes Alex Denney: One More Grain’s _Isle Of Grain is a record that evokes dark, gleaming streets under glowing skies that never really acknowledge the night’s arrival. Pacing restless, watching shadows lengthen, fade, then snap back into focus as your mind does much the same, moving in ever-decreasing circles of foggy introspection; it is Daniel Quinn and co’s attempt at tackling life in London’s anonymous sprawl; its comforts and its innumerable dangers, coiled like sleeping snakes in your peripheral vision._ Writes Rob Webb: Some will undoubtedly see This Gift as the record where Sons & Daughters made a break for the mainstream, and criticise them for it. Certainly Butler's touch hangs heavy, but rather than smooth their irresistibly rough edges, he's actually accentuated them by wrapping their cloak-and-dagger art-rock in shiny pop packages. From Bethel's sultry, silk-smooth delivery to David Gow's sparse percussion, they sound like they've found their niche. Look beneath the surface sheen, then, and you'll gratefully receive _This Gift _as the best, most complete, Sons & Daughters long-player to date. Writes Samuel Strang: Pent-up princes, These New Puritans’ _Beat Pyramid suffers occasional uncomfortable lapses where the impenetrable slew of riddles leave the record struggling to seem much more than the deranged shrieking of more myths of the near future as it flickers from the ridiculous (‘Infinity Ytinifni’, ‘£4’) to the remarkable (‘Swords of Truth’, ‘Navigate-Colours’). But, cut adrift with its own bewildering reference points, peppered with glimpses of cryptic brilliance and slabs of deceptive nonsense,_ Beat Pyramid is a flawed patchwork masterpiece. Writes Sam Lewis: Ultimately it’s the sense of the group being so at ease with themselves that makes _Vampire Weekend so enjoyable. “Why would you lie about how much coal you have?” pleads Koenig at one point – honesty and self-awareness is the order of the day here; when the band hit their stride it’s hard not to bound along with them. Being studious and middle class doesn’t have to be all insulation and alienation – even if you’re from the Ivy League, you can still have fun. That may be an obvious statement, but it’s one that *Vampire Weekend *sense is worth repeating._

- - -
The DiScover Album of the Month Writes Francis Jones: Remembrance of things past provides the lyrical thrust of _Brutal, the romantically wearied debut of Nathan Akin’s Clear Tigers. Always, our man is casting back, capturing disappointment, regret and the occasional moment of joy in the net of his nostalgia. Family, friends, lovers, facts, fantasies, one great personal mythology made public, we privileged listeners invited to share in the Proustian rush bestirred by these moments of heart-rending recall._