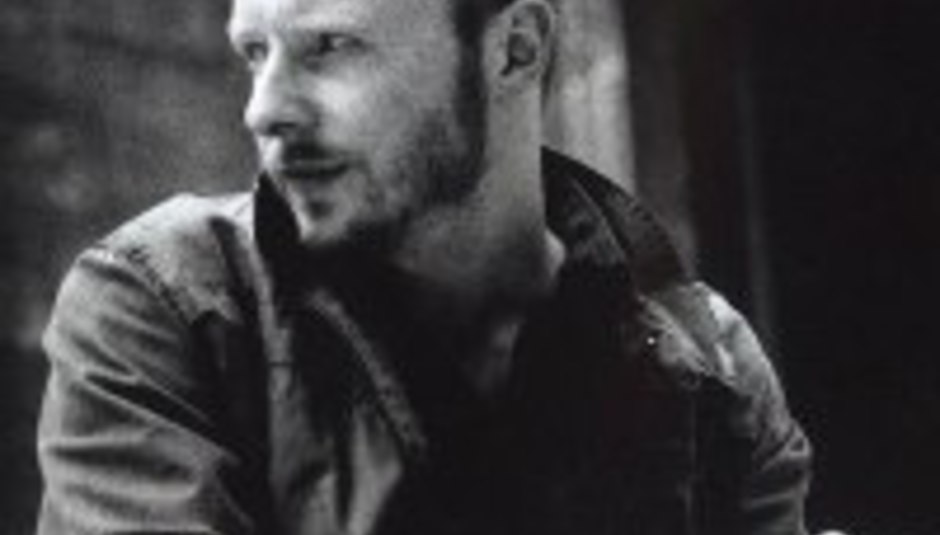 Who’d have ever thought it: an ex-Arab Strapper in contention, however remote his chances, for the Christmas number one. Although 2007’s festive top spot is certain to be claimed by this year’s winner of X Factor, or failing that last year’s winner Leona Lewis and her still bleeding love, Malcolm Middleton’s morose ‘We’re All Going To Die’ is currently attracting on-line odds as low as 7/1. Out on Monday, it’s the perfect stocking filler for any misery-gut relatives wanting the polar opposite of a seasonal pick-me-up.

Taken from his third long-player A Brighter Beat, ‘We’re All Going To Die’ is its maker’s first flirtation proper with the mainstream after over a decade toiling in relative obscurity with Arab Strap. While his last solo album, the brilliant Into The Woods, was almost universally acclaimed in the music press, its critical reception failed to translate into commercial success. That, of course, could now change as more and more ears are alerted to the talents of this 33-year-old from Falkirk.

DiS discussed the furore surrounding Middleton’s latest single with the man himself.

Your odds on Christmas number one have been slashed, with bookies currently rating you chances of topping the chart at better than those of renowned songstress/mentalist Amy Winehouse. How's that sitting with you? Does it make you, sorta, "oooh errr… could be onto something here"?

It's all a bit of fun, a joke that is beginning to get out of hand. I like Amy but I wouldn't call her renowned. She's part of a society/culture dimension that I don't have anything to do with. The best thing that could come from all this exposure would be for people to hear my songs and be provided with a viable alternative in music that has substance and is honest, and not just the dross they're force-fed by people with big marketing budgets. The worst case scenario is that I become the new Crazy Frog and then disappear up my own arse in a cloud of delusion and all the attachments. I'm up for either, by the way.

Was 'We're All Going To Die' always scheduled for a single release, with its eventual date of release simply a bonus so far as promotion goes? Or did Full Time Hobby see an opportunity and, with your blessing, strike while that proverbial whatever was hot?

I always wanted it to be a single. In my mind it was supposed to be the first single from this album, but I took advice from other people and went with other songs instead. I think it's a song that people will love or hate straight away. When I heard that the planned release date was also the Christmas singles release date I thought, why not? I didn't expect all this fuss, though.

I guess the increased profile this time of year must be something of a blessing for album sales, too?

I don't think it'll have that much of an affect on album sales. People will probably forget about this in a few days.

Your album before last, Into The Woods, featured a Christmas song 'proper' if you will, 'Burst Noel'. It's quite a different song from the new single – although the title's not as bleak, its mood certainly is. Are its lyrics, about staying at home at Christmas and nobody missing you, from personal experience. If so, wanna come around for a mince pie? Sounds like you could do with a pick-me-up…

All my lyrics are from personal experience; I don't see the point otherwise. I'm not really a songwriter as such – I just express myself, at present, through the medium of indie pop. And yes, I'd love a mince pie please.

What is on your Christmas list this year? As someone who's a little older than I am, does parents hassling you for ideas get easier as Christmases pass? I never have any suggestions these days…

Actually my Mum's been hassling me for weeks now about what she can get me this year. As usual I have no idea and want nothing. Another set of kitchen knives perhaps?

A Brighter Beat, generally, seemed a lot more upbeat than its twin predecessors, something suggested by its very title.

Yeah and no. The title is a lie, and the title track is about wishing my head worked differently and that I could be more positive, but in the end not being able to.

Do you think that you have mellowed in terms of 'misery' in recent years, or that you've become a generally happier person? Or are your melancholy songs past primarily written from detached perspectives? I'm sure you must have got sick of reviewers using nouns like 'miserablist'.

The music has been getting more entertaining but the lyrics are still the same. And if I only write songs when I'm miserable I can't really complain when people come up with those tags. It doesn't bother me. Most journalists only listen to me to review me; it's the normal people that listen for enjoyment or solace who get more from the music without having the need to use tags, et cetera.

And back to Christmas: do you have a personal favourite Christmas record? Heard the one Eddie Argos/The Black Arts is doing this year? (Video here.) It's utter balls.

Yeah, that seems like a lot of effort for nothing. But good on them, at least they're trying, and to me that's what Christmas songs of the past were all about. Having a laugh and celebrating all the shite that happens during the festive period. My favourite Christmas song is ‘A Spaceman Came Travelling’ by Chris be Burgh. Pure pomp!