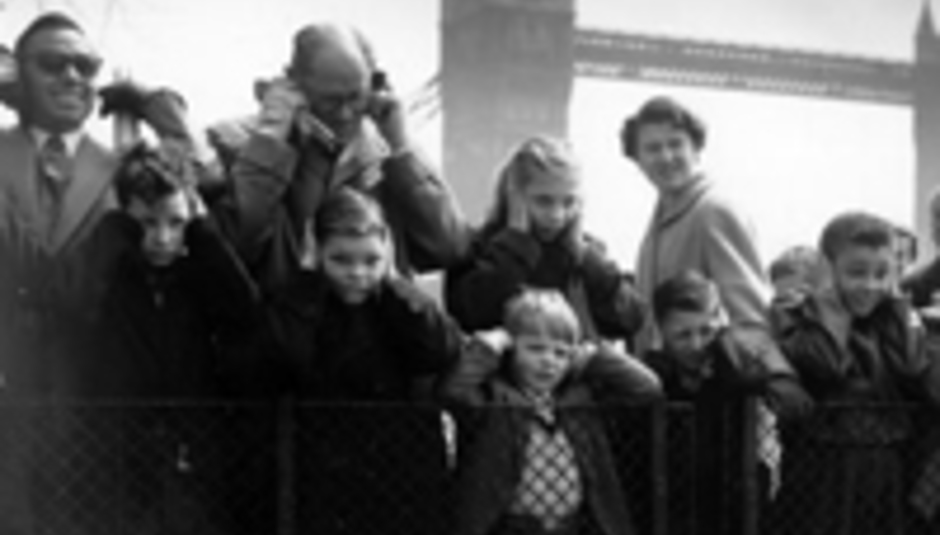 The Weekly DiScussion: 'No Music Day exists because music has run its course'

The Weekly DiScussion: 'No Music Day exists because music has run its course'

“This mix is a work of art in itself. I have to say I think it’s the most wonderful mosaic of sound I’ve ever heard in my whole life, it doesn’t even sound like it was made on this Earth, it could be a transmission from a star in a galaxy far, far away...”

Fair to say, I think, that it wasn’t this element that most people picked up on when they heard the new Burial record. From the start, dubstep’s been seen as a soundtrack to the mundane – a warped mundane, admittedly, but one that lies at the very centre of what’s considered most real, most modern, city life. Whatever your opinion on its merits as entertainment, it's skilfully crafted to blend into the background, diffusing into the air, the architecture, the 'mood' of London. Drab pavements decorated with fried chicken bones and red cabbage, domestic fright and violence clattering through estate stairwell echo chambers, the temporary insanity of fishbowl party districts and, of course, the ubiquitous night bus travelling through that mess like a perilous bubble.

Bill Drummond, the man whose concept of ‘No Music Day’ is the real subject of today’s DiScussion, would probably see that bubble as a destination in itself; urging us on this day in 2007 to retreat from the blown speaker thrust to our ear by living in order to think with a clear head about what we want from music, how we can make it our own and, by proxy, how I can keep the gormless nodding dawg with the speakerphone behind me from breathing.

Drummond’s campaign – outlined here – really resonates with me, personally. This is because I tend to hate much more music than I am able to admire, like or even just tolerate. The reasons? As far as I can make out it’s a basic lack of intelligence, foresight, personality and (more than or) imagination that leaves me heckling every innocent, abused speaker I encounter. By whatever decay or standard it’s widespread – at least 90 per cent of all music is, to my ears, utter tripe and when you double the risk to quality by employing a DJ with limited taste to mediate a playlist put together by marketing men all those songs singing the praises of radio frequencies start to look like little miracles.

Who would, for instance, stand neck hair to attention at the prospect of “Toby Anstis, playing the soundtrack to your life!” [Heart FM] or the same songs played back to back, every single day save for a few ‘choice’ selections from the modern raft of safety-rock acts [Virgin Radio]? Easier to dismiss that first single jingle if it wasn’t a pre-cursor to a daily routine filled with noise pollution as well as a fleeting window into the inner ring of Dante’s Seventh Circle.

Radio subdued, it’s out of the car and onto the train. The 9.23am from Maidenhead to Paddington is mostly headphone buzz, noises that now sound as quaint as Irish drinking songs against the school holiday death rattle of hip-hop or grime dying a fucking horrible, tin-can, bassless death. (And it is invariably hip-hop or grime. Never Verdi).

When you’ve sat through enough of this, it’s time for turfing out into the melee of the station and an all-too-brief respite from idiot radio before the dull hum of the sandwich section in the supermarket. Whatever break there may’ve been, it’s immediately punctured by the monitors dotting the queue, as I and the bleary-eyed around me are subjected to close-ups of a distraught Sinead O’Connor in the video for ‘Nothing Compares To You’. Who inflicts these playlists upon bored shoppers? I don’t want these two minutes to become an intimate, profoundly-moving emotional experience. I just want my prawn sandwich.

Extending that theme of consumption, things take an ever so slightly more sinister turn when you realise that Sainsbury’s has no real respect for those ears Sinead’s just grabbed as they hand them over to an interjection from some unfeasibly annoying berk who takes every announcement about half price Muller corners as some bizarre, Pavlovian cue for self-romance; frantically tugging away at his genitals as he demands to know if I’m “old enough to buy alcohol?” Are you?! ARE YOU?!" Yes. Please hide your quivering man teet.

Dire times for ambient noise. Moving back to the bus, or the bedroom, or the office – there is literally nothing I can say about MySpace, iTunes/Pod and the general proliferation of music that hasn’t already been stated in some corner of the internet, or at least thought out; paced around. While an invaluable tool for scoping out new acts, there is too much out there - how often do you hear new music to match quotes like Mary Ann Hobbs's above? - and a Drummond-led cull would get my full backing. Less professionalism, safety, TV-karaoke, easy empathy, retro-rehash; more necessity, urgency, dare, communication, new, neu, "no" to pleasant but essentially pointless acts.

Perhaps I’m being too cynical, or perhaps I’m being too optimistic. How much of a role should chance play in our exposure to new music? I can remember a few, great moments of juxtaposition to argue the case; most recently at the end of an episode of Hollyoaks when a fairly heavy situation culminated with mother and anorexic daughter collapsing in a distressed, cathartic heap on a bedroom floor. Cue the jaunty, Topshop-indie guitar kicking in as the end credits roll. For something as dire as Hollyoaks, this was a moment of unintentional hilarity. Enough...

DiScuss: Are you with or against Bill Drummond and ‘No Music Day’? Is music forced at us too frequently in everyday life? Are there too many bands in the world? Should you be in control of the music that’s played within your own personal earshot? Generalising more, should there be more thought behind music, or should it rely on instinct and sounds from the past? What bad noise surrounds your daily routine and what priceless moments of chance have collided to make your day?