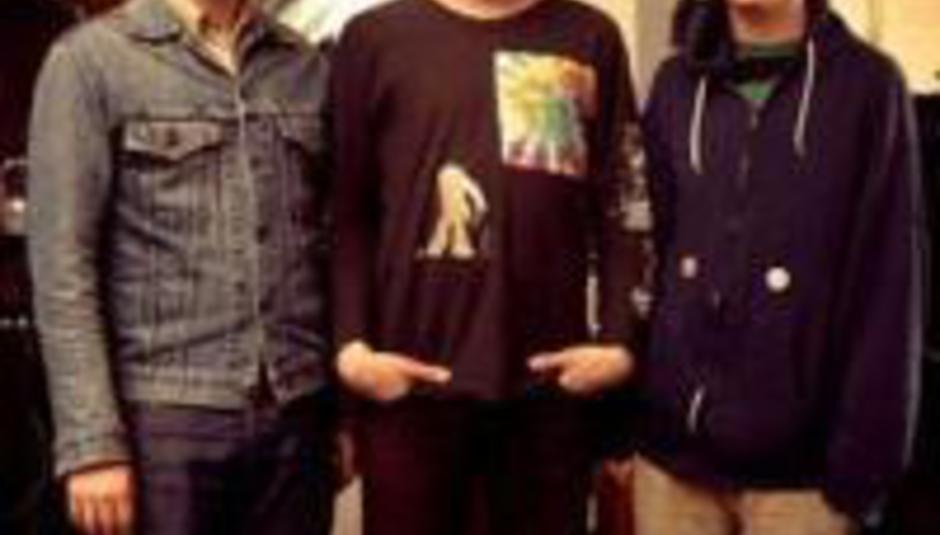 When I put on Black Dice’s new (fourth) record Load Blown, its title became all too appropriate. My body started moving around in strange ways; ways that I don't think your limbs are meant to go. It’s convulsive, beautiful; Andre Breton said that “beauty will be convulsive if not at all”, but actually, scratch that - these sounds aren’t beautiful at all. In fact, they’re anything but: they’re alien and you’ll strain to hear and try and figure out where they come from or how they’re made, to no avail. This is part of the charm, the aesthetic of the weird and unknown.

“My brother (fellow band member Eric Copeland) was talking about future music. It’s like the idea that somewhere this could have all the ingredients of dance music or party music, but the proportions are all really fucked up and the sounds are completely different. It doesn’t subscribe to quite all of the main ingredients of party music, but I like the fact that somewhere it could be interpreted like that.”

It could be considered weird, then, that Black Dice have released music on DFA (who recently merged with Astralwerks). Load Blown is on Paw Tracks (home to the similarly weird likes of Animal Collective), but it’s their most palatable yet. But the DFA-released previous album Broken Ear Record strangely made sense on their roster: think Factory Records, weird leftfield stuff with some more conventional dance artists on the roster. One track of theirs, ‘Smiling Off’, was remixed by DFA. It made so much sense: beneath all these fucked-up glitches (made with guitars and primitive electronics and other found instruments) lies a strong rhythmic sensibility. Load Blown moves even closer to the beats but it’s not made with the idea of dance music in mind, even if it seems to me that, in a parallel universe, people will play it in clubs.

“I think the idea of a party album is definitely more what we were thinking than thinking about dance music. We hit a point where we weren’t really interested in trying to work a live drum sound into it. It was hard just because it started feeling like this really separate entity as everyone got into processing their sounds more and more. In a lot of ways, I feel like it has the nature of the way that we’re just making the rhythms. We never think of it as dance music, but I do like the idea that we tried to make this record have a really strong pop element. Or to make it the equivalent of a pop record, at least. We thought if we recorded everything as a series of singles then everything would have to stand up on its own, in a different way to if we’d just gone in and recorded ten songs from scratch. It’s interesting though: a lot of people think it is our most difficult record, and a lot of others think it’s bordering on the most accessible one. I like that idea, though: that it’s occupying some weird limbo between those two things.”

It really is an amazing juxtaposition, putting sounds that are so unknown against rhythms that seem so innate. There’s a weird tribal or basic instinct to this; the rhythms are usually fairly simple but disguised by the myriad different sounds that they’re made up of.

“For me, it’s better than sounding like you’re trying to borrow something from a different musical culture. I’ve never really been interested in that. It’s hard for our stuff to sound like other things just because of the instruments that are making it. There are a lot of weird parameters as a result of using a lot of primitive electronics that are outdated at this point. I do like the fact that it can have this innate quality or can seem kind of intuitive.

“It’s interesting when you think about music as being something that is indigenous to every culture, so it makes sense that you should be able to make any type of music and have it appeal to a vast or broad audience just depending on how it’s made. For us, it’s something that we keep in the back of our heads; you can try and make music that sounds like something from another country or something really old and primitive, and you can tell that there’s a logic to it, even if it has a foreign feel to it. You don't understand what’s making the sounds or if it’s a ceremonial or festive purpose: that grey area can be a really exciting place to be, more so than just being a dance-rock band or a power violence band. It’s something we’ve wanted to define ourselves by as we’ve gone along.”

Understandably, it was hard as a band starting out to get shows because of the abrasive and confronting nature of their sounds. Black Dice have been doing this for eleven years and are coming from a place of just being excited to be able to make music, even if it was just in someone’s basement. Now, the New York trio play everywhere from large rock venues to clubs to the same old dives and DIY spaces. They’ve got as much fervor, if not more, even if they’ve chilled out just a little bit. Live shows and recording now sees a lot less aggravation from band and audience.

“There are shows where people actually do dance. It’s interesting because things are regular but there are always these hiccups or awkward qualities to it that are a result of our taste and the parameters of the shit we’re playing. There are definitely shows where people are sitting with their arms crossed or spacing out to the projections. There have been a number of people to have seizures at shows, as a result of the sounds and the visuals being really strobey. People will pick fights sometimes. That’s one the most frustrating parts about it, but also what keeps it interesting for us; I really can’t predict it from night to night. The type of energy getting reflected back onto us is always a real mystery. It's liberating to know what anything could happen.”