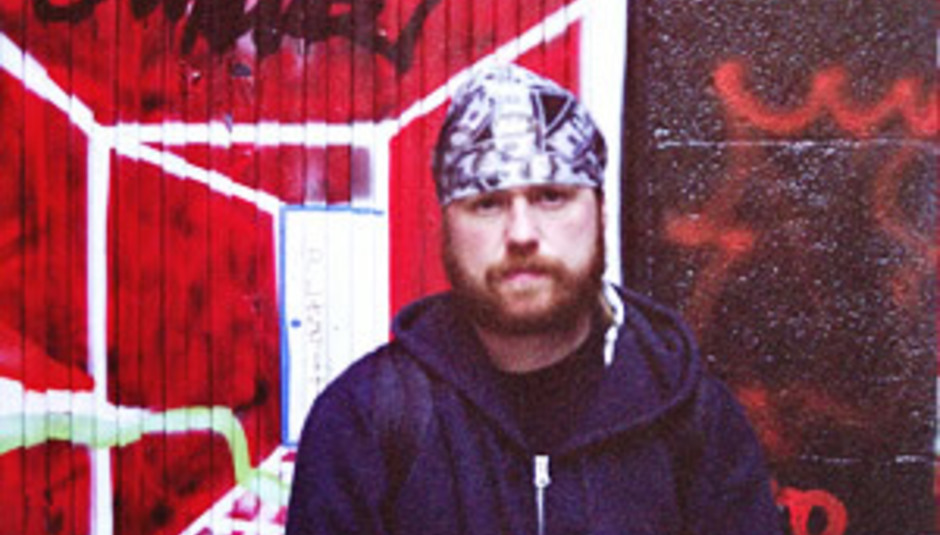 sole: both sides of the brain

sole: both sides of the brain

Tim Holland can dream, yet a certain dualism to his style suggests that the weight behind this Kerouacian MC’s punch might yet stand to break more ground than the Diddys and the Fiddys who got their wish.

sole spills to DiS on big ambition, artistic schizophrenia and life as battle rap's answer to Kwai Chang Caine. Y'know, the vagabond bloke from Kung Fu. It's hip-hop, Tim, but not as we know it.

Mr Holland, you’ve turned in an album apiece by both of your recording aliases in a matter of months this year. Previously you’ve kept these personas apart - sole records have appeared on the anticon label and mansbestfriend pops up on European electronica independents - but now they’re both housed under the same roof. Has there been a change in dynamics?

I'm taking a new route with the mansbestfriend where it will be largely instrumental, and I wanted to establish that on anticon.

So do you regard mansbestfriend as an end in itself, or do you look at it as a sounding board of sorts, for production ideas you might later transfer to your hip-hop records, say?

It's an end in itself. I just make the music and when I think it’s done I stop working on it. It's not a heady process; I just keep working the music ‘til I'm happy with it.

You've just resettled in the US after spending a few years living in Spain and travelling war-torn parts of Eastern Europe, so it’s probably no coincidence that the latest album (Poly.sci.187) is so wrapped up in political intrigue. In which ways would you say these extreme shifts in geography have impacted on your life and music?

I'm not sure really. Sitting around in Bosnia and Serbia, I definitely had some empire guilt, and it reinforced to me that these problems are not American problems, they are everyone's problems, and I had to get America out of the centre of all of my thoughts, which, as an American, is hard. I have always viewed my life like I wanted to get the most out of it. Anytime I get an offer to do a show, the main idea to me is, “Oh damn, I've never been to Baton Rouge, I hope I get some time to walk around the city and get inspired”. So the idea of living in Barcelona was romantic to me - in the Lord Byron sense. I was making a break from my past and completely changing my lifestyle.

When I'm in these new situations, I think differently. I see the world differently. I have always been a Go! Go! Go! Go! Go! kinda person, but being in Spain slowed me down. Now I wake up, read, chill, make music, tour… it impacts my life, makes me more laid back, more humble, more just happy to be. Like, “I don't need to run around like a maniac right now, right now I just need to sit with my thoughts and stare at the sunset”.

After that, I lived in Flagstaff, off the highway to the Grand Canyon in the mountains. Now I'm living in the middle of a national forest... there are tarantulas in my kitchen and I go swimming in a little creek. This new life is the complete opposite of Barcelona; instead of learning a new language, I'm learning to keep bugs out of the house. Instead of buying 220 volt to 110 volt adapters, I'm buying surge protectors to protect against the monsoon lightning storms that destroyed so much of my equipment last year. Instead of worrying about my dogs getting hit by cars, I worry about mountain cougars and coyotes. How this all influences my music, I don't know. I hope it makes it more human… in the positive sense.

Strange days then? It sounds like you’re getting to grips with a pretty intense reverse culture shock?

At first I would say “Gracias!” every time I bought something. To me the culture shock was to go from living in downtown Barcelona, surrounded by ancient buildings, to the alienated suburbs of Flagstaff. I hate the suburbs. At first I thought it was cool ‘cause we had a giant house, but after a while I just felt cut off. I wanted to walk out of my house, get a baguette, get some coffee, simple things like random conversations, you know - the lack of depth sometimes can be really depressing. In Europe I could just ask someone a question and they would tell me all their tales of the strange world they come from, complete with interesting ways to view the world. When I came home I was ready though, so there wasn't much culture shock. I was just happy to be back in the US.

Since returning, you’ve also been living and recording with the Skyrider Band. Who is involved and what’s the premise of the LP you’re about to let loose with these chaps?

The Skyrider band, to me, is the realisation of the music I have been trying to make all along. The producer is Bud Berning, the drummer is John Wagner, and the instrumentalist is Ryan Fritch. Their sound is very ‘goddy’, dark, heavy, and varied. That's the kind of music we're aiming to make: real heavy, huge, original. This project is my main focus and we've already begun working on the second album.

Sounds promising. Can we expect to see it live, on these shores?

We intend to be on a very intensive touring schedule, and we're coming to Europe in November. This isn’t some contrived ‘sole with a band’ project; it’s something I'm very excited about. They're great guys, we have a lot of fun, and the music we make reflects that… I would never use the word ‘fun’ to describe my music.

This isn't going to be like Body Count though, is it?

I wish! There is stuff up on MySpace already (link) and there’s also a YouTube propaganda video we made, here.

You've expressed a passion for gangsta rap in recent times. When are we going to get a taste of the NWA homage that you and your mate Sage Francis must have bubbling up between you?

I'm actually working on a record now called Desert Eagle, and it draws a lot of influence from grime and southern rap. It won’t be over the top, but it should be quite gangsta.

Poly.sci.187 by mansbestfriend is out now. The eponymous debut album by Sole and the Skyrider Band is out on October 22 via Anticon.