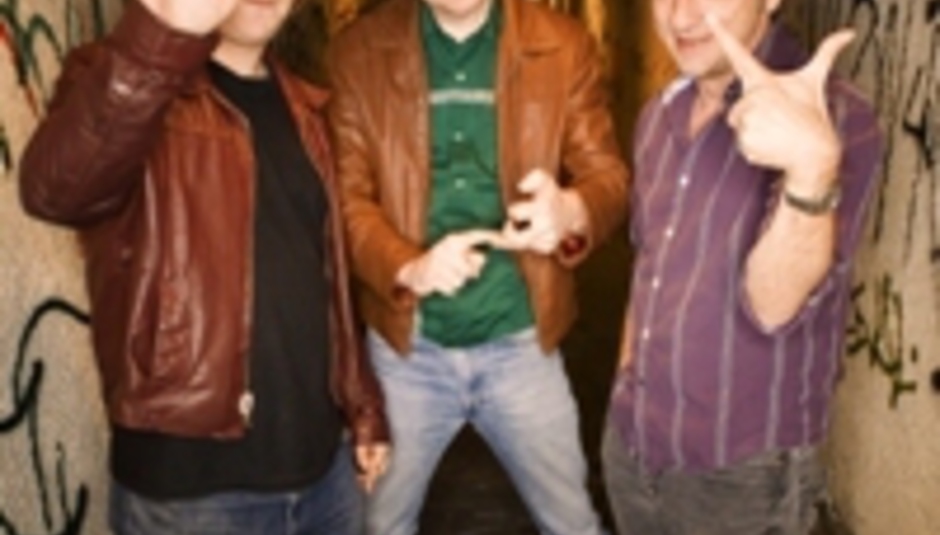 Songs in the Qui of David Yow

Songs in the Qui of David Yow

David Yow is living proof that you can never keep a bad man down. Once notorious for his ability to muster up an onstage shit-storm in the blink of an eye with his unnerving predilection for dropping his kecks to perform gross-out moves such as ‘The Hairy Tangerine’, he is set to break an eight year recording hiatus and return to brutalise our earlobes all over again as the recently recruited third member of Los Angeles combo Qui [pronounced ‘kwee’], who release their Ipecac debut this month.

Fairly befitting for a compulsive agitator and maverick performer who has fronted two much-respected noise rock outfits in as many decades – namely Scratch Acid and the Jesus Lizard – Qui form like a sonic sledgehammer and batter out a delirious, heady mix of swamp blues and experimental metal while Yow primarily handles the duty of howling abrasive diatribes in an ugly way that strangely satisfies. Quick, cover mother's ears.

With the sum of his latest racket in mind, DiS awakens the punk rocker antagonist from a drunken stupor to congratulate him on avoiding solo acoustic album hell before he reminds us of that time he was on Top of the Pops, which didn't happen on Sir Jimmy Saville's watch, by the way.

Other than the Scratch Acid reunion gigs you played as part of the Touch & Go label anniversary a short while ago, you’ve kept a pretty low profile on this side of the millennium. Where have you been Mr Yow?

[Belches] Wow, excuse me. In 1999 - whenever that other group I was in [the Jesus Lizard] broke up - ever since then I’ve been doing freelance photo retouching and well, there you go, that’s pretty much it. I’ve done a few shows here and there with the Melvins and stuff too…

Did you feel the need to disappear for a while and recharge back then? You'd had a long run in both your old groups by that time...

Well, I didn’t want to be in a band anymore. It’s interesting to me that people consider it disappearing; I just consider it as having a life…

I meant that in the sense of you having been away from the public eye for so long, rather than implying that you’d gone for the full Houdini…

Did you imagine you'd ever make a return to music before you met these guys in Qui or did it take this particular opportunity to turn your head?

It has been a weird set of circumstances. Mostly, it’s just about having met Matt [Cronk, guitarist/vocalist] and Paul [Christensen, drums/vocalist] who are so motherfucking good at what they do and making friends with them. Also, the work I had been keeping busy doing seems to have evaporated. I don’t know why, I don’t know what happened that I haven’t been working more. But, anyway, that meant the timing was perfect. So, yeah, I’m in a rock band again.

So at what point did you decide that you wanted to pick up a microphone and join in?

We have a few mutual friends who we met through and Paul and Matt liked some of the crap that I’d done in the past, so they asked if I’d do a cover of a Frank Zappa song with them live. We did that and then another song and we sort of fucked around with thoughts of doing more until it just sort of organically came to be that I was in the group. I’m really excited and I’m grateful to both of them for letting me be part of the group…it’s a weird and exciting thing for an old man.

…what struck me was the intensity of it - these guys play heavy - and you seem to be going somewhere else with your vocal style these days. What are you doing differently in the studio now and how will Qui translate onstage?

Well, part of the reason I didn’t want to be in a band again after Jesus Lizard was that I thought that I was pretty limited as a vocalist, I didn’t want to repeat myself, I didn’t want it to be like: “Here we go, doing the same old thing, over and over again”. So, live, I think there are some differences; I think we’re really good live but I don’t take my clothes off like people used to always expect with the Jesus Lizard, and I don’t do so much crowd surfing, the way people would always expect. But I think these boys, Matt and Paul, are teaching me things I didn’t know how to do like, uh, harmonising and actual singing and stuff. Going from whispering and grunting and screaming and yelling to occasionally singing to actually singing in the right note to maintain a pitch and trying to do three-part harmonies…it has been really cool. It’s sort of a renaissance for me.

Do you feel like a more fully formed vocalist now?

Sort of... kind of... yeah. On this album, most of the songs I sing on were already Qui songs and I sang parts that Matt was singing before. I would add to them and embellish on them, but ‘Today, Gestation’ is the only song on there that we all wrote together. Since then, we’ve done a couple of songs… I think they’re not like the crap I’ve done in the past and that’s important to me. Am I making any sense at all?

I’m still drunk. Matt and Paul are still asleep here. They spent the night at my house last night so we could all get up, have breakfast and do press this morning.

Apart from all the boozing, have you guys had much opportunity to road test the new material?

Not a lot. Well, we went down and played South by Southwest in Texas and drove between LA and Austin… we had some shows going there and on the way back. Other than that it has pretty much just been playing shows here and there in Los Angeles.

The tour you’ve got coming up looks pretty massive though?

Pretty much… I think from September the 11th until Christmas time we’ll be on tour. Or to our Pagan friends, that’s around December 25th. Tee hee…

The few gigs you’ve done in the States so far are said to have been pretty confrontational, which includes being heckled by midgets and pelted with golf balls… rough times?

Oh, there have been some injuries… we played a show here in LA where I kind of got my head busted open, and then at South by Southwest a girl punched me in the head enough times that I started bleeding.

Now that has to be a loon. You played your first shows in the UK in the last few weeks, were they a wee bit more civilised?

In terms of how well you've fared on these shores, do you recall the bizarre success that the Jesus Lizard had when you released that split single with Nirvana ['Puss' / 'Oh the Guilt']?

As a guy who tends to shun the mainstream and claims that much of his most respected music is crap, you once sat at number 12 in the UK pop charts sir!

Well, technically, no! We had nothing to do with that, it just so happened that we knew some band that had a record which was pretty popular. But we went to London and did takes for Top of the Pops… that was pretty funny. The music was pre-recorded but the vocals weren’t so the other guys could play whatever they wanted, they could fake it and Mac, rather than using drumsticks, had rubber chickens. That’ll probably show up on Youtube someday.

Love's Miracle is out on 10 Sep via Ipecac and is reviewed here. Qui tour the UK in November, dates below…