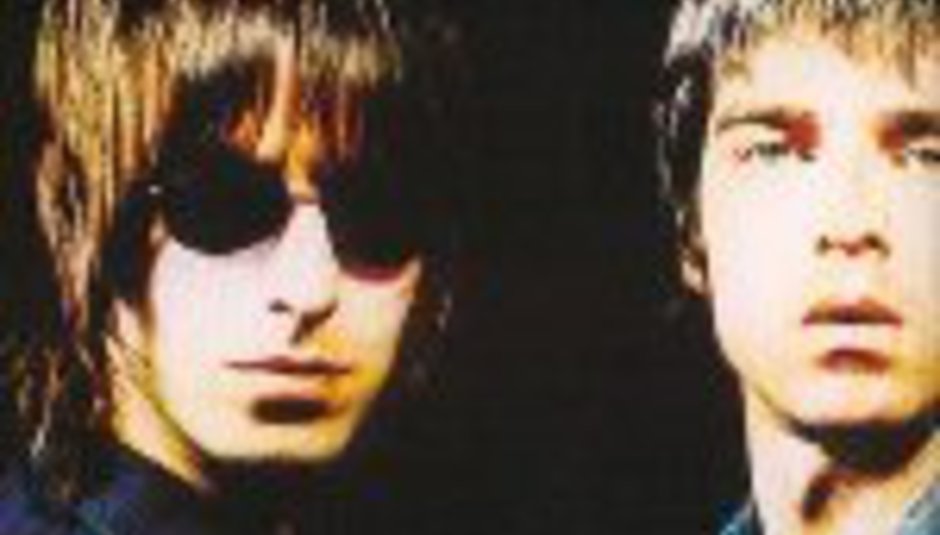 Imagine, in your mind, right now, just what 19 million CDs, stacked one on top of the other, in countless piles across a floor that rolls over a distant horizon, would look like. This is how many copies of (What’s The Story) Morning Glory that have been taken from shop shelve to home stereo. Blur may have won the famous singles battle of 1995, with their ‘Country House’ beating ‘Roll With It’ to the top spot (still a sticky subject with old Creation folk), but ultimately Oasis have proved to be the band of the people over the last 13 years. They are recognised by the Guinness Book Of World Records as the most successful band of the last decade.

But just why have Oasis proved so enduringly popular? As their key songwriter, Noel Gallagher, turned 40 earlier this week, an entire nation of twenty-somethings sighed with the realisation that old age was encroaching; the recklessness and naivety of youth is sliding away. The heroes of teenage days and nights are turning the corner into and beyond middle age; the rock still rocks, granted, but just what are we rolling with these days, and why?

Oasis were always designed with popularity in mind – never did the member-fluctuating five-piece claim obscure acts as influences, openly proclaiming their affection for The Beatles, The Kinks and The Rolling Stones. They came from where you and I did, weren’t glamorous nor artsy, and wrote songs that spoke to men and women to be, to the kids and teens of the Tories’ end-of-days. Fists aloft and grins wide, beers spilling and terrace chants. There were no lyrics printed in the sleeve of 1994’s debut album Definitely Maybe, but its songs were immediately embraced as sing-along affairs. ‘Cigarettes And Alcohol’, ‘Supersonic’, ‘Rock ‘n’ Roll Star’ – these were songs – chooons if you must – that encapsulated an era; an era of bright futures but barely tolerable presents, rebellion and lies and the embracing of a political climate on the rise. Noel and Tony and Alan pressing palms at Number 10: everything seemed so perfect as the mid ‘90s trickled and dripped and France ‘98’ed into the almost-millennium.

Just as Oasis were magpies on the prowl for what wasn’t theirs to adapt and exploit for musical gain, a rash of imitators followed in the band’s wake, and continue to do so even today. Liam Gallagher alone has been semi-responsible for the relative success of myriad cocky frontman-led acts – The Twang, Kasabian, The Verve, Hurricane #1, Terris, et cetera, these are (and were) acts dominated by a singer with forced attitude, lifted wholesale from Liam (don’t give me any Ian Brown bollocks – the man was a shadow of what Liam was at his peak). Of course, they paled in comparison to the man himself, though – the reason why Liam Gallagher continues to be admired and aped is because through his variously-rimmed lenses his eyes burn with a raging I mean it honesty. The man is, one suspects, too simple to not believe what he considers his truth, which is a simple and pure one. His brother may have originally written the words, but every syllable of ‘Rock ‘n’ Roll Star’ was finally forged in the fires of Liam’s belly. He got what he wanted because it’s all he ever believed in. He’s a rock ‘n’ roll star because of a determination that no imitators have accurately replicated.

But, returning to the point of DiScussion: just why have Oasis proved so evergreen? Although their last long-player Don’t Believe The Truth exists in the commercial shadow of much that preceded its release, it’s still shifted around three million copies worldwide, if not more. The album was the band’s first to not be dominated by Noel, with songwriting duties split between members. The move essentially reinvigorated the band, and a succession of positive reviews followed. It was compared, oddly enough, to the Noel-helmed Definitely Maybe, and widely summarised as a return to form. But is it nostalgia that’s stroked the fires of Oasis appreciate once more, a homesickness of sorts for comforting surroundings and circumstances – the band is now in its sixteenth year, and is an act that many music-savvy individuals grew up on – or are they genuinely a force to be reckoned with today? The follow-up to Don’t Believe The Truth is out next year, and a Noel solo album’s in the pipeline – the next twelve months could, conceivably, well and truly make or completely and finally break a band that so many love to hate and far more hate admitting they love.

Happy birthday then, Noel. Those 19 million albums you’ve sold – and that’s not counting five of your six albums! – have set you up for life, but it’s good to see you’re ploughing onwards and, hopefully, upwards; you still, I’m sure, mean it just as much as your kid brother. Sure, you did once say that you wished Damon Albarn would “catch AIDS and die”, but at least you took it back. Good man. You didn’t like Michael Hutchence (“Has-beens shouldn't be presenting awards to gonna-bes,” I believe were your words), but even you know it’s wrong to speak ill of the dead. And we applaud you for your reactions and retractions. Still.

DiScuss: With Oasis entering middle age, both personally and professionally, just how relevant are they in today’s musical make-up? Do you envisage them lasting for another 16 years, or transforming into a Rolling Stones-style mega-touring money-making machine? Do you still hold Oasis in a special place in your heart? Did you, like me, spend hours and hours digesting (What’s The Story) Morning Glory (on cassette, no less, purchased from a French shop on the way to the Alps), alongside The Bends and Different Class as a kid, and wish you still felt so excited by today’s indie exponents? Does Noel turning 40 make you feel old at all? It does me…