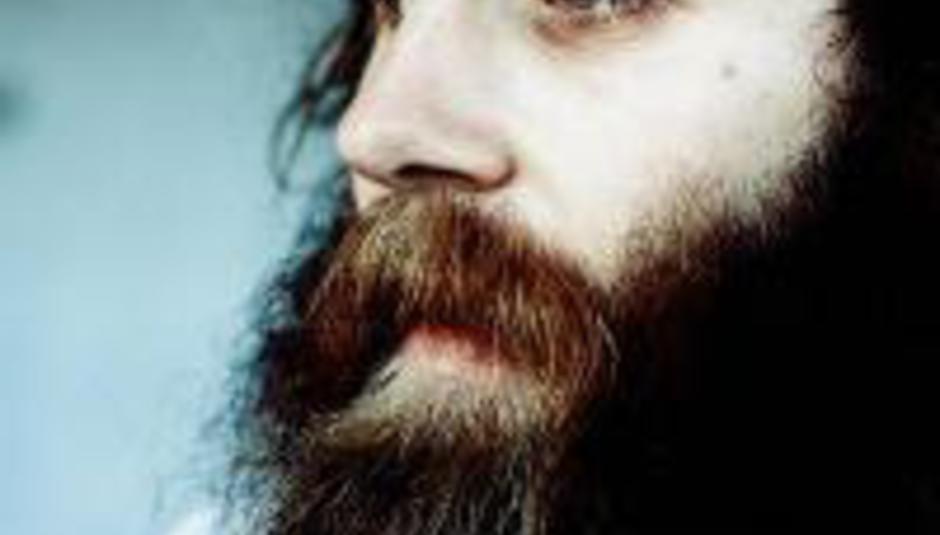 Josh used to be in a band called Lift To Experience. To some they were a very important band. Their The Texas Jerusalem Crossroads is widely regarded one of the best albums of the last decade. These are the words of Josh himself, but ones I find myself agreeing with: it’s a sprawling, country/post-rock double-album as wrought with spiritual overtones as the gospel music that Josh grew up with in his native Texas. But that's in the past. Josh has left Lift To Experience, and Texas, behind.

Now, armed only with an acoustic guitar, some pedals, a boot for stomping and a bunch of country songs, he has returned to the stage. Not that he is suddenly looking for fame and fortune. He sees this interview as a necessary; something he needs to do to get him to the next stage, whatever that stage might be. In fact, the necessity of what he is doing here spreads far beyond this interview:

"I've been playing these songs for a year and a half now, singing for my supper. I've been living in Berlin illegally for the past three years, struggling to hold down a job. A guy spoke to me last night and said, "You get to tour around the world, it must be great". Yeah – I get one meal a day, and sleep on cramped buses. I've got a root canal I can't afford to sort, so I can't eat on the right side of my mouth."

Despite this, Josh still hasn't recorded any of the material he has been playing live. He has his reasons:

"At the minute I don't think I have anything to offer... I have nothing to add to the catalogue of rock. I think I'm close to doing something good, genuine, and earnest, but I don't want to release something unless I'm completely happy with it. I honestly believe with Lift To Experience I created one of the best albums of the last ten years, and I don't want to create something that is a lesser to that."

Religious imagery aside, the songs he plays now bear only a small relation to his previous work, both structurally and sonically:

"The songs I write now are all in standard tuning, 4/4, verse-chorus-verse. I'm trying to come up with something in these confines that I didn't have with Lift To Experience. My music with Lift To Experience was more existential, more metaphorical. This is more... rooted in flat earth. I'm trying to depict a battle in my music, between good and evil. I want to control the battle."

Josh continues, speaking of playing alone rather than in the confines of a band.

"It's lonely. It's hard, sometimes. I don't have any strength of records to go on... No one wants to hear one man and a guitar no more. I think whatever fans I had with Lift (To Experience), I've dug into the ground"

This weary view obviously has had an effect on his latest musical offerings. Where does he draw his influences from nowadays?

"I've stopped listening to music... recorded music, that is. Obviously I still see live shows, but I don't get anything from them anymore. I'm more influenced by my surroundings. Going to church three times a week growing up, a gospel influence is definitely there."

I press Josh, somewhat awkwardly, if getting away from his early surroundings has been a change for the better. Is he at a place he wants to be right now?

"No... hell no. I'll never be at a place I want to be. If I'm free it's because I'm running. I don't think that is the worst thing. It would be nice to get somewhere a little close to gratification, or contentment, but I think if you are completely content then a red light should go off above your head. So, although I've had some good times I don't feel anywhere close to a good place.

It is this complete honesty, the shedding of the veil that musicians often keep between themselves and their music, that makes Josh’s work, both in Lift To Experience and as a solo artist, so harrowing. Whether plucking his acoustic guitar at a single-figure decibel or slamming against it feverishly in a whirl of feedback and broken chords, and even when stopping to tell a joke mid-song as he has become accustomed to doing, his dedication is unbridled and his honesty sometimes heart-breaking.

"I want to save Africa," he intones, barely audible, as we share stories and slices of pizza after the interview closes. What would normally seem a hollow headline-grabbing (and typical) statement for a musician is put completely in a different light: he is a man striving for a higher cause. Maybe not perfection, but something he can look back on and be completely satisfied with. Or maybe not, who knows. After all, honesty rarely reads well in black or white.

Josh T Pearson’s MySpace page is here; at present only a single song can be heard there. His upcoming live dates look like this:

September
15 End Of The Road Festival