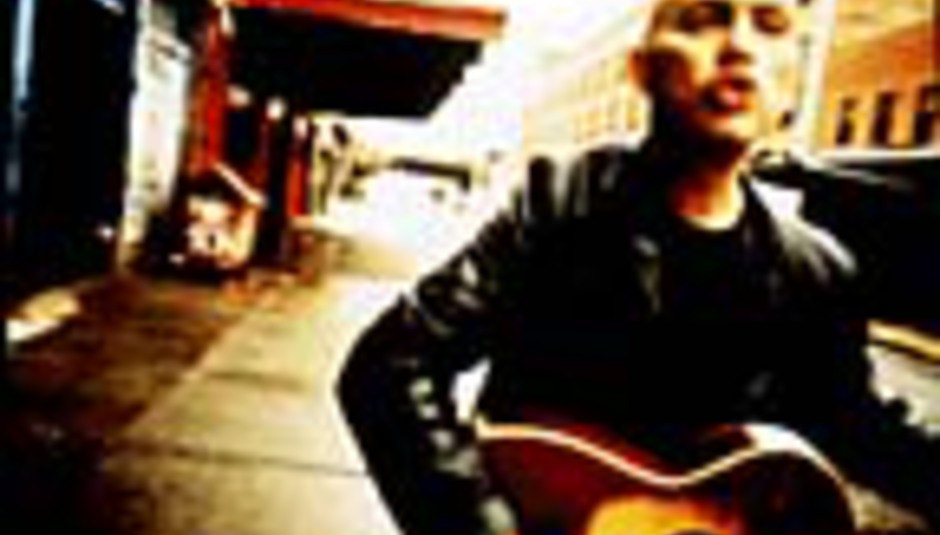 Hamell On Trial is not what you'd expect from a man with an acoustic guitar. At the end of his show, after the sounds that have come out of it and the intensity of the playing, you're amazed his guitar isn't broken down like a horse that's been ridden full-tilt across five counties. I had a chance to "talk" to him over email, as he's currently touring over in America, and getting ready to play the Carling Stage at Reading on Friday the 24th of August. So all of you out there going to Reading, take this chance to see one of the best rock shows you'll get in a long time.

L: Britain has a strong tradition (that continues today) of "DIY" music: do-it-yourself, bands that work their own way to popularity instead of relying on some big exec man in an office to market them. Do you identify with this idea?

H: Sure--currently that's how I operate, although I've been on both "indies" and majors and if truth be told there's advantages and drawbacks to both.

L: How do you think it compares with the musician's lifestyle/scene in the US?

H: In terms of the "alt" rock scene over here the majors are viewed with much suspicion, and an artist risks losing their "street-cred" if they "sell-out" to the majors. But, there's such a trendy desperate need to be cool over here, that there really isn't any "alternative" music. I don't know how it is there, but it doesn't really pertain to me on any level. I could hardly give a shit nor could my audience.

L: How have your previous shows gone in Britain?

L: You've been all over the US, do you think people/audiences are significantly different in the UK?

H: It's hard to tell, although I have a sneaking suspicion MY audiences will be pretty much the same---the square peg in the round hole sect. I kind of appeal to the disenfranchised--which, I think, is cool.

L: What would you like the music-hungry public at your shows in the UK to take away from seeing you perform?

H: My new C.D.----but seriously it's an emotional roller coaster ride, I guess. I like to think my goal is to make it as entertaining as it is challenging---now as to whether I achieve that or not....

L: Your shows are very intense (speaking from personal experience)--when you sit back afterwards and catch your breath, do you hope these people will have changed somehow?

H: They should change their clothes-hopefully they'll be sweaty. I don't flatter myself to think that anybody would be significantly changed. Possibly, like me, when I go to see an artist that I admire, I might get inspired. I'd probably go and do what I want to do anyway, but the artist might give me that little extra push that day. I'm like a petrol station---just a brief stop to get you on your way.

L: Relating to the last question, this is something we like to ask everyone we interview: Why do you do what you do?   H: I can't do anything else. I'm miserable when I don't play. Oddly enough, and despite the fact that I do like it when people appreciate what I do, I don't do it for them-I do it for me. My concept, when planning a live show or planning a record is WHAT WOULD MOVE ME? If people like it-fine-if not, they'll probably come around eventually. It's a long range plan. I have mentors, music and art that inspires me and I strive, pragmatically, to "get in the game". We''ll see---but the fullfillment is in the journey.

L: Well, I know a lot about you because I've seen you play live, and I've read your website and get your email updates. But so far, a lot of the young readership of our website and magazine is unenlightened. Although this is soon to change, I want to make sure you get a chance to say what you want to these people. What do you want them to know about you, so they can look at the Reading schedule and decide to go over to your tent for your show?

H: I guess, at the end of the day, I want them to know that it's a rock and roll show, AND it's just one man and a guitar. And if they pay attention, and they aren't moved and/or entertained, I'll give them their fucking money back.