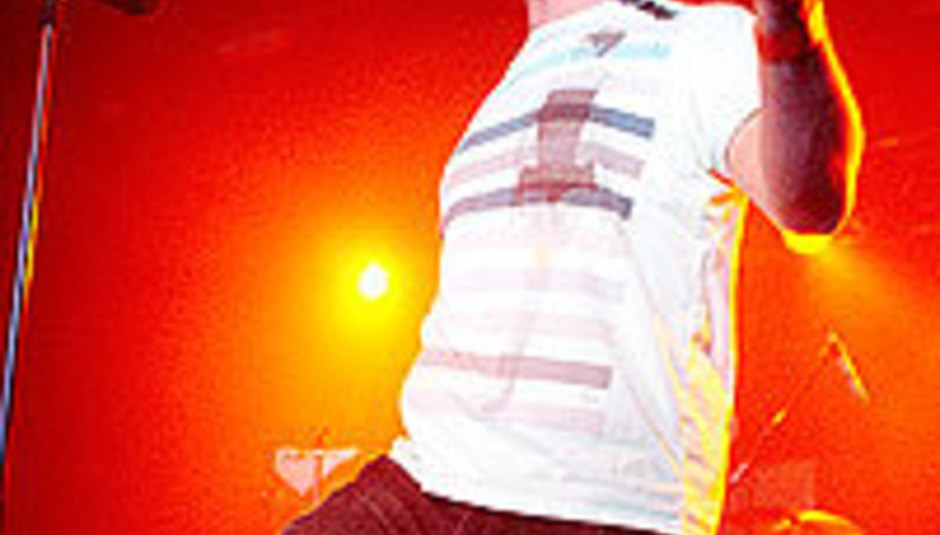 The Weekly DiScussion: indie-rock ethnic cleansing, who's first against the wall?

The Weekly DiScussion: indie-rock ethnic cleansing, who's first against the wall?

The recent cancellation of last week’s London Easter treat – The Insomniacs Ball – was for unspecified reasons; an apology was issued (click here), but it wasn’t exactly clear. Many speculated that the all-nighter was cancelled due to the lack of ticket sales. A more specific, and interesting suggestion, was that it was down entirely to the presence of The Twang.

It’s an interesting idea: can one band really alienate enough kids as to take down an entire indoor mini-festival? In the case of the Birmingham scally-swagger rockers, possibly so.

Not for some time – despite the presence of The View, Babyshambles and The Fratellis in the charts – has a band been so divisive in the popular indie pantheon. From the top of the music industry to the bottom – that's us consumers, sadly – everyone has a view on The Twang, and a strong one at that. The levels of hatred aimed at five men and their music is almost a tad unsettling, considering they’re yet to release more than a single.

And is it deserved? And, as wider question, is this the beginning of the end? The final chapter in a five-year diary of lads, bands and cheap guitar riffs? There are large sections of music fandom who are practically begging for the demise of a slew of sound-alike indie acts, the raft of lad-rock reprobates playing shows of a size beyond what their abilities suggest. An easy but salient comparison to make would be with ten year's previous and the end of what they called Britpop. If Franz Ferdinand and Arctic Monkeys are this generation's Blur and Oasis, then The Twang are probably the stinking effluence from scene n'er do wells like Kula Shakur or Geneva (Hey, I liked Geneva – Ed). Not musically, of course, although there are comparisons to be made in terms of meritocracy.

So, seemingly it's time for a cull, the cull. The kids are rising up, ready to overthrow the major-label lad-rock hegemony. Or at least, it seems high time to.

The best thing to come out of the end of Britpop (aside from no more Shed Seven) was a series of undeniably important, groundbreaking records by Spiritualized (Ladies And Gentleman, We Are Floating In Space), Radiohead (OK Computer) and Massive Attack (Mezzanine). Later, but only just, similarly must-have albums emerged from Mercury Rev (Deserter's Songs) and The Flaming Lips (The Soft Bulletin).

So what's going to come next, after the lad-rock bubble pops for good? It's the billion dollar question, and one that you'd be doing very well to proffer an answer for. You could argue that lad-rock has been overtaken, already, by all things emo – your MCRs, Panics and Fall Outs – but I suspect there's something more to come (and besides, NME already went nuts for emo back in 2002). Bets are off that it will have 'rave' in its not-so-newfangled sub-genre title. It should be an undefined, non-pigeonholed selection of records and bands, emerging over a period of time, which will hopefully redefine popular and critical ‘alternative’ music from what it depressingly is at present.

Probably first out the door are Arcade Fire, but there's more to come: Foals may well do something exceptional, and the world continues to wait for Bloc Party to fulfil their promise. Radiohead might have had their day – the follow-up to Hail To The Thief will need to be special – but maybe there's brilliance to come from more unusual angles: Hot Chip or Midlake could well break through properly with their next long-players. And, more importantly, who do we cut from the current roster of column-inches-grabbing so-so makeweights of mainstream indie rock? Deep breath, please…

DiScuss: Has alternative music, whether you apostrophise the term or not, become so utterly homogenised that it’s impossible to find merit in any of the new breed of indie rockers or, worse still, lad-rockers? Are The Stone Roses directly to blame for bands like Kasabian and The Twang, or does what goes around always come back around? Likewise, if it wasn’t for the success of Arctic Monkeys, would we really be tolerating Little Man Tate, The Harrisons and the recently dropped Milburn on our radio waves? What acts, new or returning, have the ability to break the hold of The Twang and their evil ilk and make indie exciting again?