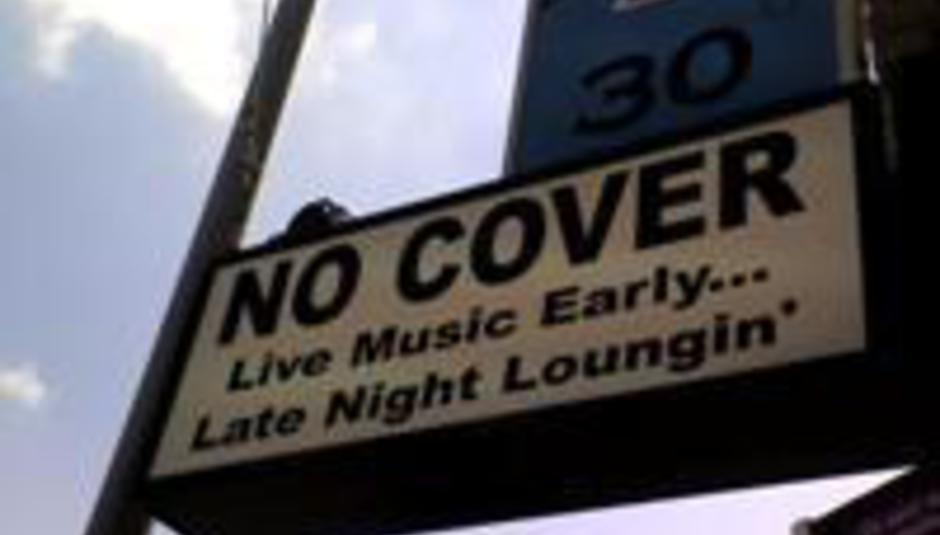 The South By Southwest virgin is a terrified creature. All around them, gaggles swarm, heads twisting and turning and hollering at other gangs not seen for at least three days – you know, since those drinks at the Hawley on Sunday night, when they were all enthusing about seeing Razorlight somewhere other than London, under a burning ball of a sun and blue skies as far as the booze-blitzed eyes can see. Noises creep and crawl from open bar windows; drums are smashed on a balcony and the chatter of industry insiders becomes an overpowering drone. The weak would bolt on the first day.

I, mercifully, am made of slightly sterner stuff (and I miss the first day, anyway), even if my limited confidence at my first-ever SXSW is born primarily of alcohol intake – the drinking day begins at 12 in the hotel suite and ends when eyes can simply not stay open any longer; the head does what it’s told by the gut and the brain’s buzz is a temporary lodger with their dirty pants strewn around the house. Thus I stroll – and I do stroll – down Sixth on my first day (Thursday, as delays on Wednesday put pay to any partying on the first day of SXSW’s music schedule) with a slight swagger, a little sparkle to my step. I adopt tunnel vision – the liggers and swiggers of London’s most stylish rock ‘n’ roll riots, the sorts that swear by Vice’s best album cover of the month, will not distract me from my sole purpose of being here. That purpose being to see something special, something that I can’t see in the UK.

It’s funny how many British attendees have forgotten they’re away from home, and that they should maybe be making more of the glorious sunshine: on Thursday, early afternoon, a huge contingent of ‘badge’-brandishing gobshites pool on a marquee’d square of grass beside Austin’s overtaken-by-SXSW conference centre. The hum that emits from a few hundred label slash PR slash A&R slash WTF are they doing here types is quite unsettling. Someone shouts into my ear, “This is for networking, not socialising”. I’d smile, but I fear he’s serious. Fuck this: I leave my barely touched beer and bail, leaving Amy Winehouse to play an acoustic set to an assembly of brag-a-lots with their attentions almost exclusively elsewhere.

The conference (or is it convention?) centre’s toilets – men’s, obviously – are already a mess. Truly, the Brits have arrived, and have taken to turning a perfectly sterile working environment into the Glastonbury trenches. An hour later I’m in a bar plus colleague – we’ve (embarrassingly) gravitated towards an establishment with a particularly British moniker, Shakespeare’s – watching the South By world go by. Just as soon as one or the other says, “I wonder if we’ll see anyone we know?”, Jeremy Warmsley rolls by. He’s looking fabulous in suited ‘n’ booted attire, fresh from a set at some party or other; he must, therefore, be absolutely sweating to a high stink in his outfit. He smiles as sweetly as ever following a few seconds of small talk; colleague takes a fag break on the curb and befriends a passing stranger (you can’t smoke indoors – we might be in Texas, but it is still legally America). A homeless, hunched, haggard woman approaches the open window I’m sat at. I await a question – “Got any change?”, that sort of thing – but she turns her attention instead to a pair of older women on the table beside mine. I don’t know how to react: on one hand I’m pleased I avoided interaction with someone who looks like they’ve not seen a dentist in their entire lifetime; on the other, what, so I look like I can’t afford to buy you a bottle of water from the bar? Sheeesh.

The first of two DrownedinSound shows goes off without a hitch. There are huge Union Jacks draped about the venue. I’m almost sickened by the ridiculously OTT patriotism dressed up as branding, but each Red White ‘n’ Blue is balanced by a flag bearing the Lone Star of Texas. This is Tea For Texas after all, whatever that’s meant to mean – nobody’s drinking tea, but the free Dos Equis is going down just fine, thanks. I skip out a little early, after Gallows (guitar action pictured below). They’ve been cited as a hit of SXSW for a very good reason: they’re shit-hot. The hotel suite’s always inviting: many an hour of Thursday ‘til Saturday is spent relaxing there with beer in hand, purchased ready-chilled from the 7/11. The Thursday evening is spent at a pair of venues. First, I take in the Hydra Head showcase at Emo’s Annex – Daughters! are angry men, Oxbow are scary beautiful men, and Big Business are big men – before strolling – and I do stroll – to The Soho Lounge for Deerhunter and Do Make Say Think. Deerhunter have been cited as a hit of SXSW for a very good reason: they, too, are shit-hot. Their singer looks like he eats heroin and shits shattered syringes.

Friday: following a trip to the city’s Waterloo Records (I buy nothing; a friend buys loads; Peter Bjorn and John start an in-store just as we leave) I’m dancing to a band I’ve never heard before with a free beer in my hand. This can only be A Good Thing. They’re called Shout Out Out Out Out – I have to count those Outs on my fingers, still – and I’ve no idea where they’re from or who’s in them or what these songs are called but I don’t care. Fun times. Friday is ultimately the best of this virgin’s three at SXSW, but the best of the best is reserved, fittingly, for the day’s final set.

Without wanting to dwell on negatives too much, one thing must be stressed at this juncture: if you attend SXSW without a ‘badge’ (actually a laminate with the holder’s face on it), expect to spend a few hours down in the dumps. My attempts to get into a few shows Friday night are saddening failures. I miss My Brightest Diamond and 31Knots, two acts I really wanted to see. The notice ‘Badge Holders Only’, displayed when venues are too full to accommodate ordinary attendees, filled me with a mix of hate and intense jealousy. I seek solace in The Apes (amazing); on the way in a voice from the curb cries out, “Hey Mike.” It’s Cortney Tidwell, singer/songwriter extraordinaire who, surprisingly, remembers me from an interview ages ago. Pleasantries are exchanged, and I apologise for missing her set on the Wednesday night. The Apes then make me lose parts of my mind that I didn’t know I even had. They are fantastically out there, wherever the fuck ‘there’ is in this instance. Saturn’s rings, I imagine.

Boris are great, too – they have a huge gong, how could they ever be bad? – but Friday’s icing on a cake of uppers and downers is Russian Circles. I’ll save the praise for the review proper, coming next week, but fuck me. Now they are a band you have to see before Death steals away your final breath. Saturday is, perhaps predictably given Friday’s fantastic end (really, go listen to Russian Circles now, and then imagine them being ten-times more awesome live than on record and standing in a small crowd of people totally losing their shit), something of an anticlimax. Samuel Adams Boston Lager is drunk on the north bank of the Colorado River, thrifty stores have their windows scanned on South Congress, pizza is eaten, the Museum Of Modern Art is visited, and more Mexican beer is picked up from the 7/11. We buy their last lime, too. Band-wise, who cares… Okay, 65daysofstatic play an alley ‘til the PA packs up (there is further free alcohol here, too), Berg Sans Nipple get me dancing some, and the evening ends with My Latest Novel concluding DiS’s own involvement with SXSW with a two-song acoustic set that just about qualifies as magical at a fish restaurant. I contribute a 30-minute (ish) DJ set. I play Mates Of State. I think, sometimes, that I love them a little too much.

More beer, hotel, more beer, penthouse, more beer, sleep, rise, pack, leave. The South By Southwest virgin is broken in but bemused as to what all the fuss preceding each year’s event is about, exactly. Sure, some bands will see their careers accelerate post-SXSW – Gallows are sure to be among this year’s clutch – but some of these acts should have bowed out disgracefully years ago. And, really, who needs to fly all the way to Texas to take pictures of Beth Ditto’s belly hanging out? Not I, and I certainly don’t ever want to see that shit right after lunch.

Check out DrownedinSound.com all next week for our comprehensive, multi-part review of the hits and misses of South By Southwest 2007. We promise not to moan about sound-alike industry schmoozers in those pieces, honest.