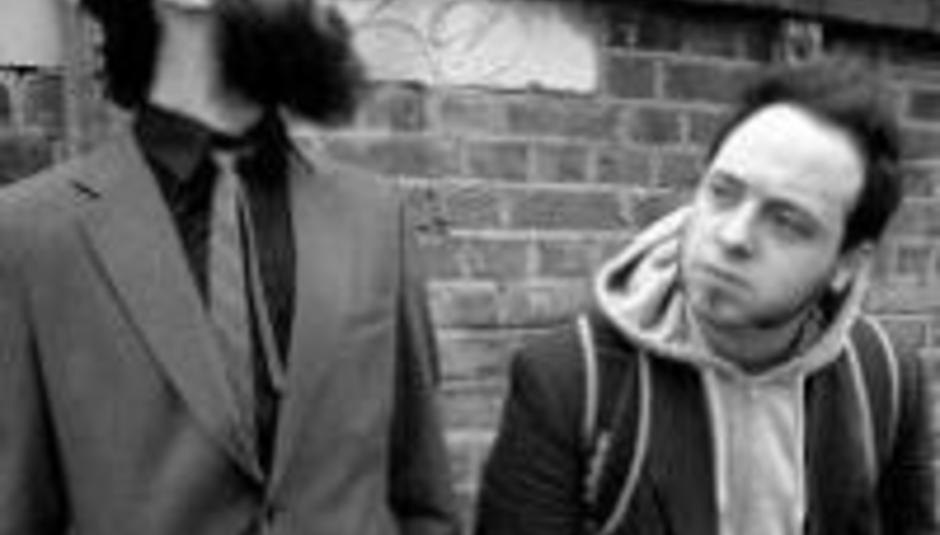 My Name Is URL: artists we've DiScovered on MySpace recently

My Name Is URL: artists we've DiScovered on MySpace recently

Curse you, Murdoch! Now that the world and his dog (and their dinner) are latching onto this MicePace malarkey, trawling through the wealth of new and unheard artists bagging themselves a Place For Friends page is becoming a more monumental task by the minute. For every solid-gold gem of a new act to be found there’s probably a few thousand techno-savvy yet creatively lacking bands peddling the internet equivalent of a damp squib (read: donkey turd). Here, DiS points you to a handful of eager and largely undiscovered sound-crafters that we’ve somehow clicked our way to recently. Scroll your browser over the names there and see what you think of this little lot…

First up has to be the fast-accelerating Dan Le Sac vs. Scroobius Pip (pictured). The former is a producer, blogger and audio-recycler extraordinaire from Reading who loves bastard pop, fears death and has a reputation for crushing kittens. The latter is a poetic and excellently-bearded walking thesaurus who lays down beat-hop spoken-word lyrics and, by his own admission, simply wants to "play around with words and make sentences sound pretty". Now firm collaborators, they tour the land with Pip rhyming the periodic table and reciting correspondence from major deities over Le Sac's furious cut-ups. Now we can safely say that a song can be a smash hit without even leaving MySpace: Commandments-based über-tune 'Thou Shalt Always Kill' is already single of the year and it's not even released yet. Expect it on iTunes any time now.

Next up is Mika Miko, a sprightly gang of young persons from Los Angeles who make the sort of flailing riotous noisy-pop that would fit fantastically in the same breath as Big Joan, The Rogers Sisters and the like. Journalistic use of terms such as 'spiky' and 'angular' should probably have been outlawed the best part of half a decade ago, but Mika Miko exude it with such ferocity that they make Erase Errata sound a little too slick. Live they're a revelation, only the sort of revelation where their boots are playing the part of Saul, your face is acting as the Road to Damascus and they're strutting all over it with their (oh go on then) post-punk jaggedness. They call it “pony thrash”, we call it a bloody excellent racket.

From the opposite US coast come Hugga Broomstik who, thankfully, no longer perform under the moniker Toenail Fungus Clippings Up Your A$$ho1e Bi+ch. They are proof positive that folk and anti-folk do not cancel each other out, plus their psych-rock tendencies suggest that shroomadelica (can I get a LOL, brothers and sisters?) reached the American metropolitan campfires just in time for a woozy summer. The sort of thing to inspire lackadaisical daisy-chain days floating on the boating pond in the park, just as soon as we’ve got off the computer and ventured blinking into the outside world, of course. (Not anytime soon, then, but a nice set of songs all the same.)

Staying in Noo Yoik, Aa – or, if you prefer, BIG A little a – are a tribe whose last release was on Narnack Records, and considering that’s also the US residence of The Fall, Coachwhips and Yellow Swans amongst others probably says quite a lot about the wayward left-of-centre avant-pop they create. At times they’re producing the sort of pounding skronk-primitivism that Lightning Bolt might’ve made if electricity hadn’t been invented, at others they’re oozing hazy fractured indie loveliness like a wilder yet more collected Animal Collective. Like their reasonably close sonic kin Neptune the live experience looks like it’s vastly superior to the recordings, but it’s still worth hearing the two tracks on their MySpace or, better still, ogle the videos on their website.

Last and probably by many means least is DJ Reach, who rather brilliantly makes garish pop culture mash-ups so alluringly infantile that Osymyso and Cassetteboy would baulk. You probably know someone like DJ Reach, sat in your local guffawing at how perverse a collaboration between Aphex Twin and George Formby would sound, but Reachy at least has the audacity to try and find out. It won’t change the world, it’ll probably fail to raise a giggle in many circumstances, but it’s worth a visit for the rather impressive ‘Alan’s Lapdance’ alone, which must’ve taken sodding ages.

DiScuss: So what artists have YOU found on the internetz recently?