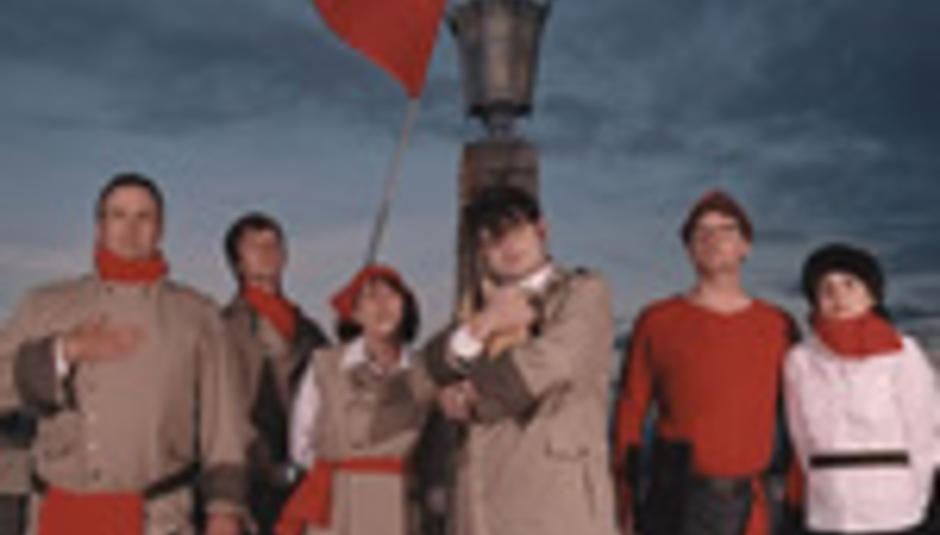 Some Questions: The Decemberists

Some Questions: The Decemberists

The Decemberists, right, they live in the same place as The Shins. Both bands release their new records on January 29th, and both are ace. The message is clear: good music comes from Portland, Oregon.

Only one of those bands, though, is named after a revolutionary movement in medieval Russia. It's that group's songwriter, Colin Meloy, who we fired Some Questions at.

If you could be drowned in anything, what would it be?
Orangina.

What are your favourite websites?
brooklynvegan.com, engadget.com, carsonellis.com

Apple Mac or PC?
Mac, all the way.

If you could make one already-written book as important and integral to Western society as the Bible, what would it be?
Dylan Thomas' Under Milk Wood.

Have you had any near-death experiences?
I haven't actually. Knock on wood.

Who would play you in a film based upon your life?
Samantha Morton. That would be arty.

What is your favourite country and why?
The US. Two reasons: Portland, Oregon and Montana.

Who is your favourite non-musical celebrity and why?
Tom Stoppard. He's a god-given genius.

What has been your most notable experience with fans and admirers?
A soldier who had served in Afghanistan gave me his dogtags. I was incredibly honored.

What advice would you give someone coming to one of your gigs?
Be nice to your fellow concert-goers. Seeing people being uncool or creepy to others in the crowd seriously bums me out.

What is your favourite fast food?
Burritos.

Who or what do you miss the most?
Mix tapes.

What's your favourite childhood memory?
Camping with my friends in the meadow behind my friend Mark's house. Kissing girls.

What was your worst haircut?
I... (bear with me here) ...had a mullet in the 8th grade. I thought it was metal, but it mostly just looked greasy and ghastly.

What part of your body is your least favourite and why?
I have gigantic feet. Makes shoe-shopping very challenging.

Which festival do you recommend everyone should go to and why?
Any festival thrown at the Gorge in George, Washington. One of the most amazing places to see a show. (Read a review from there.)

Colin says that everybody should DiScover Land Of Talk, Marissa Nadler and Laura Gibson, if they haven't already.

The Decemberists hit these shores in February, and will be playing songs from their forthcoming LP The Crane Wife (released domestically by Rough Trade on January 29th). It's fantastic, so do yourself a favour and make the purchase. Tour dates are as follows:

Add dates to your gig calendar by clicking here. The band's MySpace page can be found here.