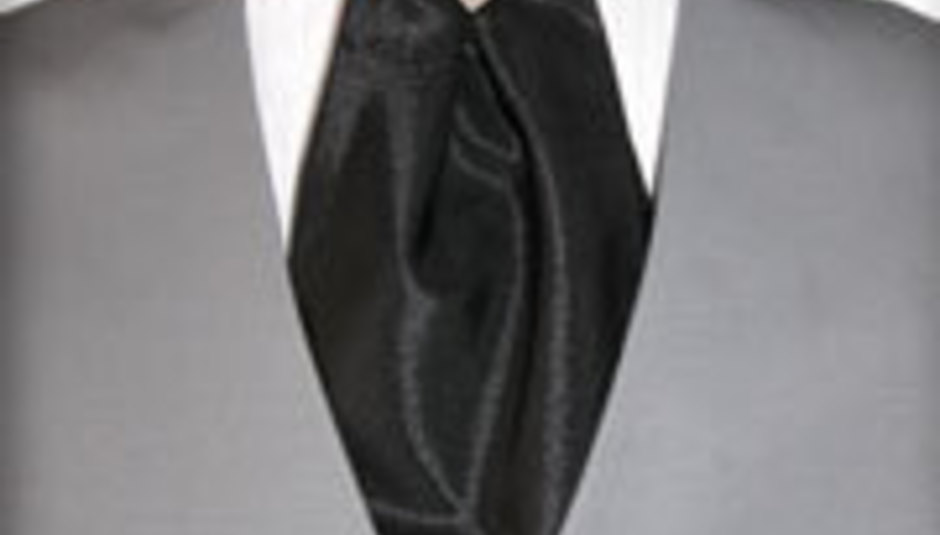 A Month In Records: September 2006

A Month In Records: September 2006

Did you dig September as much as we did? Really, we’ve not known a month like it this year: fantastic releases were flooding through our letterbox near-enough non-stop. From metal to folk, to thunderous post-rock and twisted electronica, many a base was covered and covered brilliantly. So this month’s A Month In Records has been one tough mother to compile: many, many excellent albums have been omitted through space constraints alone. That said, this is still an extended instalment. Which means that we’ve ditched the singles and live review picks this month (click here to browse for yourself).

New this month, though, is our Discover Album Of The Month – each and every time we run this regular feature in the future, we’ll select one album by a brand-new act that’s been tickling us in the places most other breakthrough bands simply can’t reach. For this month’s recipient, scroll down. That makes it sound like we’ve an award or something to give them… hmmmm… Tell you what: any act that has their album selected in this new category is welcome to roll up to the DiS office, any time they like, and we’ll give them something. Might just be a hug, but ‘tis winter almost and we’re both tubby and hairy sorts, us. Mmm, warm…

So, onwards DiS soldiers: enjoy these picks and look forward to next month’s instalment. If Subtle don’t feature, I’ll eat my cravat. Please Step Out Of The Vehicle
Sleeping Right And The Best In Homopathic Magic
Bonkers doesn’t quite do this debut album justice, but nevertheless the word comes close to describing, in layman’s terms, Please Step Out Of The Vehicle’s inspired racket. It’s neither folk nor electro, and not really dead centre of the pair; rather, it’s a rollicking, lo-fi wash of frazzled and fried circuitry, archaic computer console ctrl-alt-delete crashes, and rustically acoustic traditionalism. The Portland sextet – fresh of face but bold of sound – conjure magical musical landscapes from unlikely ingredients, and the result isn’t really comparable to any other act. Perhaps a few Canadian indie sorts come close, albeit primarily due to the wall of sound approach employed here and there, but Please… are ploughing their own, absolutely unique furrow, and following it is a ball and a half.
Read the full review here. Gallows
Orchestra Of Wolves
Rarely has DiS’s resident punk-rock-metaller extraordinaire Mr Raziq Rauf got himself into such a dribbling mess over a band from these here shores – nine times out of ten, our Raz is rocking wildly to the sounds of barbaric riffs and magma-hot breakdowns from across the glittering Atlantic. But not this month. This month was all about Watford-based Gallows’ debut album. Orchestra Of Wolves, in the words of our reviewer, “explodes with discordance and terror”. It’s “an old-school punk rock-fuelled hardcore monstrosity that is topped off quite fantastically by Frank Carter’s unholy story-telling racket”. Frankly, it’s great; it’s the album that anyone disappointed with The Bronx’s latest should trade the latter in for at their local megastore. I know I would, if these things didn’t arrive sans monetary outlay at the DiSopolis. Bonus!
Read the full review here. Hot Snakes
Thunder Down Under
Recorded live for an Australian radio station, this posthumous release from Californian punks Hot Snakes is, essentially, a best-of collection, compiling a slew of songs from studio albums two and three. Of course, if you’re a hardcore fan of the band’s first album, Automatic Midnight, you might just come away from Thunder Down Under feeling a little less than impressed. For newcomers to the band, though, this is an essential purchase; plus, anyone who ever witnessed the band live will feel a warm sense of nostalgia as these thirteen tracks whiz by in what feels like no time at all. It’s bracing stuff, and well worth the nine-out-of-ten awarded to it by DiS.
Read the full review here. Red Sparowes
Every Heart Shines Toward The Red Sun
What began as a side project has blossomed, gloriously, into one of the finest post-rock acts around. Wholly instrumental, Red Sparowes’ music churns and tumbles their audience, leaving senses dizzied and stomachs unsettled. But for all their explosiveness, the band also craft moving passages of tender delicacy, each intricacy working its way into the listener by stealth, eventually overwhelming the initial impression of substance-free bombast. Our reviewer commented, “It is almost impossible to carve a niche in a genre as restrictive as post-rock, but with their Heaven-sent melodies and their plunging riffs of brimstone, Red Sparowes have drilled a planet-sized chasm.” He sure as hell wasn’t wrong: Every Heart… is a classic of its kind.
Read the full review here. Mastodon
Blood Mountain
The sole ten-outta-ten album on our round-up this month, Atlanta-based metal quartet Mastodon’s third long-player destroyed any preconceptions the casual metaller had of their conceptually-rich sound. Whereas its predecessor concentrated its lyrical themes on the sea – it was called Leviathan for crying out loud – Blood Mountain tackled all things earthy; riffs, appropriately enough, were of volcanic proportions, while Brann Dailor’s drumming sets the band apart from their genre-bound peers as a truly unique act. Amazingly complex and uncompromisingly brutal, Blood Mountain leaves just about every rock record of this year punch-drunk and desperate for mercy; it is, in short, incredible. So long as you can listen beyond the often comical lyrics, that is…
Read the full review here. Seafood
Paper Crown King
Seafood’s post-singer-illness album could have floundered. It could have wallowed in self-pity, hanging its head in a pathetic attempt to curry sympathy from dagger-wielding critics every bit ready to cut the band down to size. Thankfully for both band and critics alike, though, Paper Crown King is anything but a wimpy, oh-woe-is-me record. It’s a glorious, skin-tingling, sky-soaring album of indie-rock masterclasses and touching deviations into mellow introspection. Stylistically very different from the preceding As The Cry Flows, Paper Crown King, in the words of our reviewer, “takes time to adjust to, but when you warm to one song the rest quickly follow suit. Dismiss it at your peril, as this is Seafood you’re dealing with.”
Read the full review here. Zombina And The Skeletones
Monsters On 45
Okay, so we’ve not compiled any list of standout singles this month, but this ‘album’ is, really, a singles collection, so… “So what?”, exactly. Merseyside-spawned zombie-pop-rockers Zombina… are masters of the three-minute spooky-jam kick-out; their Monsters On 45 release was rightly praised on these here pages as “kick-ass, tuneful, surreal and simple fun of the kind which bypasses beard-stroking and goes straight for the grin-inducing escapism button”. Could anything possibly sound better, on paper, than that? No, it couldn’t… with the possible exception of the La Porchetta pizza menu. But skeletons don’t dig dairy, so get down with the undead and bust some moves like you’re a Thriller extra, already.
Read the full review here. Bat For Lashes
Fur And Gold
Natasha Khan’s debut long-player as Bat for Lashes left DiS more than a little emotional: in this day and age, where the tried-and-tested is so often preferred by labels and consumers alike, it’s rare to hear a voice that resonates like no other. Khan’s soulful tones, expressing with sincerity tales of lost love and fantastical and mythical adventures, are impossible to fault on any level – their connection is immediate, and their message clear. Although a degree of ambiguity is employed to keep her audience guessing, Khan’s stories are personal affairs; the music that accompanies them is never less than sumptuous, too. Come the traditional end of year ruck for the best record of the last twelve months, expect many a top-end-of-the-market music magazine to listen no further than this exquisite album.
Read the full review here. Bonnie ‘Prince’ Billy
The Letting Go
Need I, personally, say any more than what’s already penned as part of DiS’s review of this deeply moving long-player? I thought not, so take it away Sam Lewis: “The heart of the album lies in the unparalleled excellence of Oldham’s songwriting – simple yet complex, understated and profound at the same time, throughout extolling the importance of love in a God-less world. Gone is the sexual and religious imagery that ran through his previous work, and repeated listens finds The Letting Go to be a wonderfully rewarding album, with our ‘Prince’ fretfully contemplative.” See, says it far better than I ever could…
Read the full review here.

God Is An Astronaut
All Is Violent, All Is Bright
The second huge post-rock record to make our list – if you’re comfortable pigeonholing two great records in such a way – the debut album from Dublin-based God Is An Astronaut (so not a DJ, then?) left DiS foaming with superlatives, shocked to the core by its stunningly stormy guitars and furious drum blasts. Not that All Is Violent, All Is Bright is exclusively wall-to-wall fury, as its title implies – the record also creeps into the listener’s conscience on an emotional level. DiS’s Nick Cowen remarked, “Despite the wordless singing, or in fact because of it, this music cuts straight past the intellectual centres and goes straight to the sensory receptors.” Magical stuff indeed.
Read the full review here.

The DiScover Album Of The Month Sunny Casinos is the debut from Jonquil, an Oxford-based gentleman by the name of Hugo; come live performance time, Jonquil swell to accommodate Jody, Ben, Kit and Sam. Much instrument-swapping ensues, as wave after wave of oddly addictive folk-hop lap up against the listener. That the band’s influences include country and folk but also noise should tell you something about their particular modus operandi: this is unpredictable stuff, and neatly bookends this piece what with Please Step Out Of The Vehicle appearing way up there. If you like this, you’ll like that, and vice-versa. Check out Jonquil’s MySpace, here, and check out the review of Sunny Casinos here.

What do you MEAN you've NOT visited DiS's all-about-new-shit DiScover site? Click here, you ignorant sort, you!