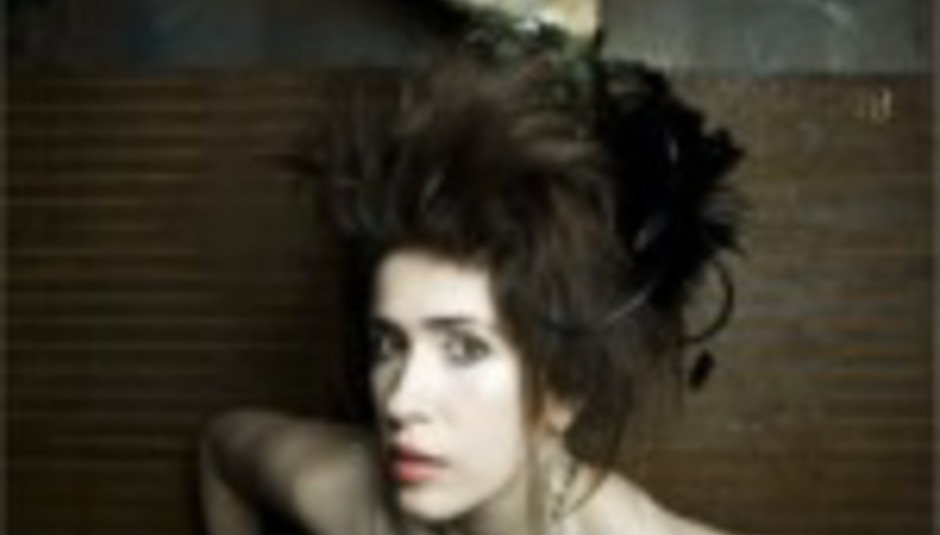 She’s possibly the ultimate contemporary one-woman band, running around the stage to play piano and keyboards and some other stuff as well that escapes me right now. She’s utterly mental onstage, offstage and everywhere else, and is quite easily the best thing that’s ever been in The OC. Yes, even better than either of the hot brunette ones.

More to the point, she is also Imogen Heap and she has answered Some Questions with deep thought, witty wit and alarmingly gritty realism. Ms Heap, we salute you and everyone who sails in your eternally majestic boat. I want a boat! I ride bike!

If you could be drowned in anything, what would it be?
I’d rather not be. That’d be a horrible way to go. Good clean air?

If you could make one book as important and integral to Western society as the Bible, what would it be?
Possibly Blink: The Power Of Thinking Without Thinking by Malcolm Gladwell. I’ve only just read the first 30 pages but it’s looking good.

Have you had any near-death experiences?
I jumped down onto the tracks at Selhurst station to get to the ladies toilets on the other side and managed to trip up and my head landed on the electric rail. I was there for a good minute or so until I realised I should probably try to get up and the train was only a few minutes away. I somehow remembered an old physics lesson about rebounding electricity or something and put my hands on the electric rail. This jolted me upright. The train was 50 feet ahead and unaware I was on the tracks. I had black pinpoints on my fingertips where the electricity exited my body. I laughed for two hours non-stop as a result of the shock. I must say though that all I was thinking while on the line was, “what a fantastic sound”. The low hum running through my head.

What band do you wish your band were as good as?
Live, I want to be as good as Arve Henriksen. He gives the best gig. Sooo good.

What advice would you give someone coming to one of your gigs?
Come early as I always have great opening acts. More often than not they’re people I really admire and am already a huge fan of.

What is your favourite country?
I love Japan. It’s like nowhere else on the planet I’ve been before. Because of Okonomiyaki, Tokyo Hands, Shibuya lights, the bullet train, the shoes that I salivate over but can’t buy because no girl has feet over size 7 over there.

What's your favourite booze?
Vodka and Red Bull because it makes me CRAZY!

Who is your favourite non-musical celebrity?
Michael Moore.

Who or what do you miss the most?
If only there were more hours in the day. There are so many things I wish I could fit in. From family and friends to film scores. A lot of things beginning with 'f', that’s what I miss.

What's your favourite childhood memory?
Locking up my mean-as-can-be French teacher in the cupboard as she was getting our homework, then throwing the key into the orchard as I was getting the hell out of there!

What was your worst haircut?
I’ve never had one. I mean I never really cut my hair, but… I did try to dye my hair electric blue and it came out grass green. Not a good look.

Name three things you could not live without.
Conversation, travel and access to a piano.

By Imogen’s reckoning, you ought to DiScover Coppe, Milosh and Avril. They seem like good enough tips to me as she is cool and with it. She is so with it that she is going to have her very own festival on the South Bank at some point. She explains: “The idea of my Mini Megaphonic Festival is all the people who play have to do it alone. So Sqaurepusher would be on my list, Magnet, Zoe Keating, Arve Henriksen and of course… me!”

Imogen Heap's Speak For Yourself album is out now on SonyBMG.