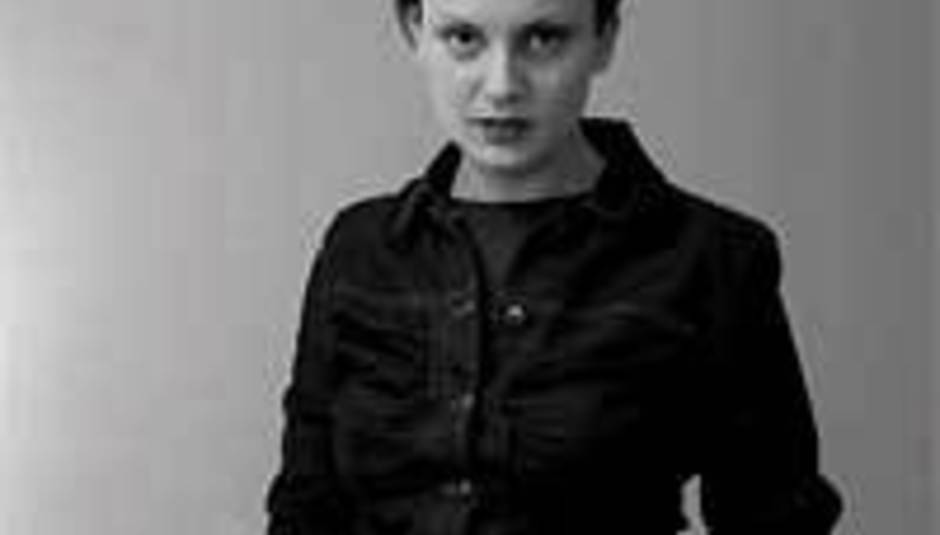 Nina Nastasia is early, as am I: we stand outside our interview location of choice – conveniently the same public house that Nina will later play the basement of to a sold-out crowd – mumbling pleasantries in the company of PRs and Nina’s companion on this promotional trip from her New York home, awaiting the opening of doors and that first cool sip of chilled lager.

Outside it’s roasting; inside Crouch End’s Kings Head, the air conditioning’s rattle plays havoc with my attempts to capture Nina’s whispered responses on an out-of-date Dictaphone, but its soothing affect on our sweltering skin is appreciated. We take a table – non-smoking section – and smile uncomfortably at each other.

Nina’s open and frank: she hates doing interviews. “I don’t know if I’m really cut out for this,” she mumbles, an apologetic smile flashing between lips and beer, “and it doesn’t seem to get any better. I’m a pretty shy person, so this is an awkward experience. I’m absolutely terrible, and I end up sounding like an idiot! I can’t think, and it reminds me of when I was in fifth grade, and I had this teacher, and she… she was obsessed with maths, so during every subject she’d get back to, like, multiplication tables. We could be doing anything – English, or whatever – and all of a sudden she’d put people against the blackboard and FIRE multiplication problems at them.”

Nina chuckles, the anecdote spilling from her lips freely. She seems to have loosened up immediately, but this impression doesn’t last long: when talk switched to her recently released new album On Leaving, her fourth in all and first for new label Fat Cat, she retreats from the tape recorder and adopts a whisper once more.

“I could talk to you about what all the songs are about, but who really WANTS me to do that, y’know what I mean?” she says, fighting her corner, looking in every way uncomfortable with having to explain her chosen art. “You do your thing, and then you have to explain it? It seems wrong. It’s not really that important to me if people know exactly what a song’s about, it doesn’t matter at all. I actually appreciate people having different ideas about the songs.”

The songs in question – the twelve that make up On Leaving – are actually older than their release date might imply. “A lot of those songs are really quite old,” she explains, “from before I ever really wanted a career at all. They’ve been re-worked on a little bit, but they’re a lot older.”

She continues, the word ‘career’ spinning about her head: “I know that it’s not a bad word, but there are certain things that you HAVE to do if you want to do this as a ‘career’. Sometimes I think I’d be more suited to doing this as a hobby. I kind of want to, y’know… but I really love doing it. There are a lot of things I love about it. I do really enjoy touring, and going to different places and meeting people after shows. I’ve been really lucky to meet some really great people in the ‘business’, so that’s been great. So, yeah…”

And what if her career grows and grows? What if a few noughts are added to her average record sales in the wake of On Leaving?

“I don’t know if I’d be able to handle it all that well. I’d probably try to hide. I do think that things get a lot harder, the bigger things get... potentially.”

On Leaving, like its predecessors, makes a point of prioritising sparseness and intimacy – although Nina readily confesses to the occasional desire to flesh her songs out using all manner of orchestral arrangements, strings make but a brief appearance on her latest long-player.

“I would like an orchestra, and to have ten people on stage at a time, but many of the songs aren’t really meant for that,” she notes. “When I first write a song, I’m just by myself, so it’s just me and the guitar. It used to work, like, we’d bring a few people in, sit around drinking and see what happens. Sometimes I’ll have an actual rehearsal with everybody, and initially I’m excited to hear people coming up with stuff, and playing the songs really large. But I tend to want to make it REALLY huge, as big as it can get. And that’s why I think it’s great to basically tell people NOT to play. I think it’s better, in the end, to be really conservative.”

It’s this approach to understatement that earned Nina acclaim from none other than the late John Peel, who described her debut Dogs as “astonishing”. Much of this impact – a feeling shared by many that hear the singer – is based upon her exquisite voice. It’s her USP, if you will; the one facet of her output that truly sets her apart from the flock of Girls With Guitars (well, that and the fact that she doesn’t whimper on about fairies and meadows and all that folksy bollocks).

---
"I feel like I’ve taken off all my clothes
and I feel humiliated, and nervous the whole time"
---

“I don’t do anything to take care of my voice, really,” she confesses. “I don’t smoke, but I’ve not had any vocal training. That might not be a bad thing to pursue – I’ll have to get off my ass.

“I have lost my voice before. I was touring in France, and I got laryngitis and lost my voice for three shows. I was taking all sorts of medicine and lozenges to try to clear it, and I was drinking tonnes of tea and all that stuff. But it got to five minutes before the show and it was like, (croaks) ‘I have no voice’. I have a tiny, tiny range… but I ended up doing the show. People were there, and I didn’t feel that I could get up there and say sorry. I did say that I had a very small voice and that I’d do my best, and I got through it. It was actually kind of interesting – it was an interesting obstacle to have. I think that people that didn’t know the music… they seemed alright, but I do wonder if they bought the CD and then said, ‘Oh, she was nothing like this!’.”

Chances are that, even if their memory of the show differed greatly from what they heard on record, said CD-buying sorts weren’t disappointed with their purchase. On Leaving is another collection of wonderfully touching songs, each propelled by affecting arrangements that work their way deep into the listener’s conscience and burrow deep within their hearts. These are songs that require no explaining away of any ambiguity: their beauty lies in the fact that they can be interpreted in wholly separate fashions from one individual to another.

Although she freely admits that she still suffers from bouts of stage fright – “I feel like I’ve taken off all my clothes and I feel humiliated, and nervous the whole time,” she says of the live experience – on record Nina Nastasia is the very definition of accomplished confidence; that she so fantastically decorates her heartfelt words with a perfect delicacy and accessible sparseness is just another bonus for the likes of us.

On Leaving is out now on Fat Cat. Nina Nastasia tours the States through September and October, click here for dates.