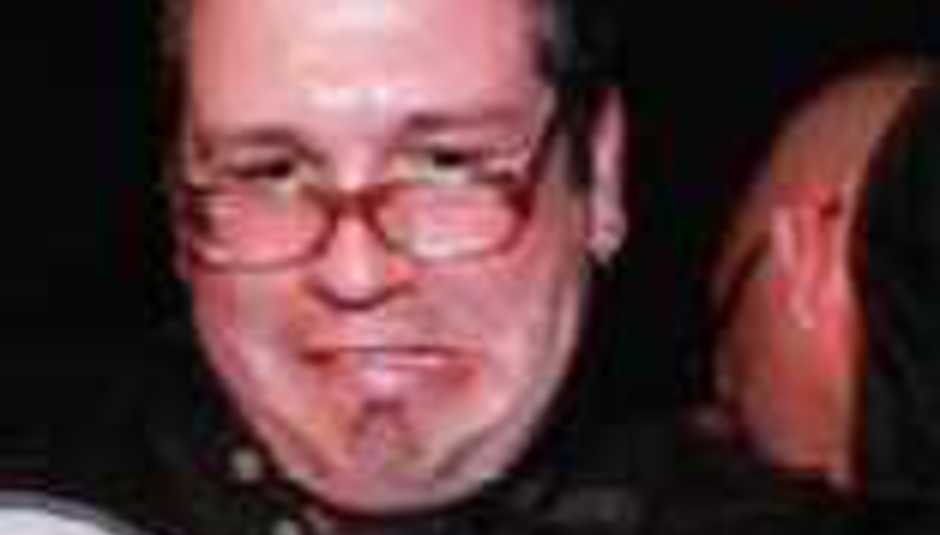 by James Benwell May 5th, 2001
The Voodoo Glow Skulls were born in the bedroom of Frank, Eddie and Jorge Casillas (Vocals, guitar, and bass, respectively) way back in 1988. Along with close family friend Jerry O’Neill (drums) they soon recruited a brass section and were one of the first bands to ever merge the two genres of ska and punk. Since then they've released 5 albums and toured the world with the likes of The Mighty Mighty Bosstones, The Reverend Horton Heat, the Offspring, No Doubt, 311, and The Misfits. I'm not going to even attempt to describe what they sound like; It's impossible! Their guitars roar and their horns pound out a driving, fast tempo rhythm that makes it almost impossible to stand still. Maybe it's something primal but when their music kicks in , it's like something wells up inside of people in a way that can only be expressed by some mad-ass skanking! Or as they would put it- "Baile de Los Locos", "Dance of the mad people!"

James: “How are you enjoying your time in Britain?”

“Do you have any plans to come back?”

“Yeah, twice. In August for the Extreme 2001 music festival, with the Vandals, the Ataris and Less than Jake, and then again in October.”

“What did they say?”

“Well, they called them “Baloney-sandwich-eating-buffoons and two-faced, shit-talking girls”! They also linked you with not liking LTJ and that you as a band have a strong dislike for them as well.”

“That’s partly correct, but I wouldn’t really say that we dislike them. Apparently Less than Jake said some stuff about us years ago. We didn’t know that they had any kind of beef with us! They were first starting out when we were already a band; we’ve been around for a lot longer than they have, and they used to come and see us play, just like any kids would. We met them and they played a show with us one time; they were cool kids! But one day they got a bit bigger in the States and all of a sudden we heard they were talking shit about us! Apparently a rumor started up saying that our old saxophone player talked a lot about having sex with their old sax player, Jessica. They were mad because thought we were all talking about her but in turn, we had nothing to do with it! Our saxophone player didn’t have sex with her, and he never even claimed to! He wasn’t into her at all; he just had a long conversation with her and hung out with her in a bar one time. So ever since then they’ve thought we’re assholes cuz we talked shit about their girl, but it never happened! To be honest, we haven’t really crossed paths with them since then, we’re both doing our own things. So yeah, Goldfinger would probably have a good reason for telling you that.”

“We’re listening to everything bro! I myself like a lot of hip-hop stuff. I like the Beatnuts, Tribe Called Quest, Jurassic5 and a lot of west-coast hip-hop too. Even Snoop Dogg and trendy shit! I like a lot of typical big rock bands that I grew up on; The Chilli Peppers and Rage Against the Machine. I like hardcore as well, like Sick Of It All. ATD-I is a pretty call newer band. I like everything!”

“Personally, I’m listening to a lot of emo at the moment. If there was one piece of advice you could give to a teenage guy about girls, what would it be?”

“Just don’t be scared of them! Because, once you get older, you’re gonna realise that there was nothing to be afraid of! They’re just afraid as you are, they’re just more mature and can play it off better! Right now, you might be thinking ‘Oh, I don’t want to go up to this girl and talk to her’ because she might act like she’s smarter than you but in fact, she’s thinking the same shit! It still happens when you’re older, but you just kindda get more balls and go ‘Fuck, what was I afraid of, she’s just a person!”

“How would you describe the Voodoo Glow Skulls live experience?”

“Oh, that’s a good one! I don’t know man, it’s like getting your ass kicked by a 10000 pound gorilla! Getting thrown around, spit on, your arms torn off and your head clobbered and then at the end of the night he shakes your hand and says ‘Have a nice day!”

“When can we expect something new out from the band?”

“We have a new EP coming out on Epitaph. It’s 6 songs that are left over from the sessions of our last album. 5 songs are original and one’s a cover. It’s coming out this summer. By the time we come back it should be out I hope, around June or July time.”

Tim: “What would you do if you were the president?” James: “That’s the worst question ever!”