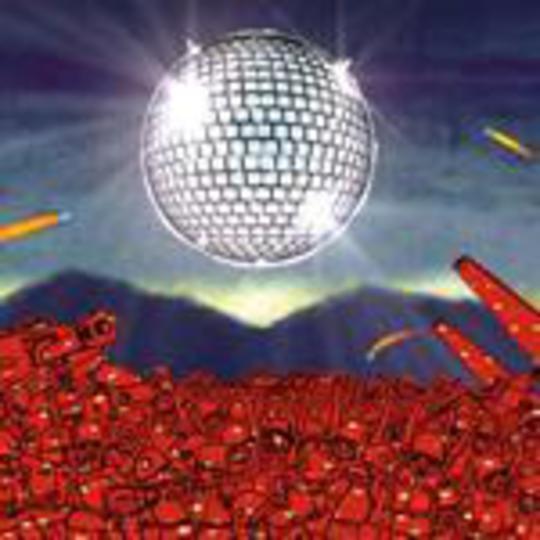 Is, probably, the most succinct initial summarisation of this brace of beautifully sweet on the surface indie-pop compositions, a.k.a. the debut single from Cardiff’s much-feted-already Los Campesinos!. The fuzz and bother that preceded this twin-tracker was entirely warranted: somewhere between perfect pop and the freakiest far-out folk available, ‘We Throw Parties…’ is a bedazzling befuddlement of bombast and bubbling harmonies, a mishmash of mixed-up metaphors and gory memories sung by the silkiest of throats.

Comparisons: Broken Social Scene playing Belle And Sebastian? The Delgados possessed by teenie-poppers from Japan, or Bis if you’d rather? The Go! Team soundtracking a Dexter’s Laboratory episode about zombies taking over a play room? Kinda, maybe, and sorta not actually. Yet in the midst of all this referential confusion Los Campesinos! have fairly successfully conjured a sound entirely of their own – it’s twee for sure, but at any second it could snap and rock like a bitch.

Flipside ‘Please Don’t Tell Me To do The Math(s)’ proves this: what begins relatively soberly abso-fucking-lutely erupts at under a minute in, with yelps and screams stabbing a soft female vocal to a bloody demise. The music’s jaunty and bouncy, but there’s something unsettlingly threatening about these two songs that, basically, makes ‘em positively addictive. You need them around at all times.

After all, you’ve got to keep your enemies close, as however mmmmm they may initially appear on first impressions, you just know they’ve a dagger or two in their back pockets.