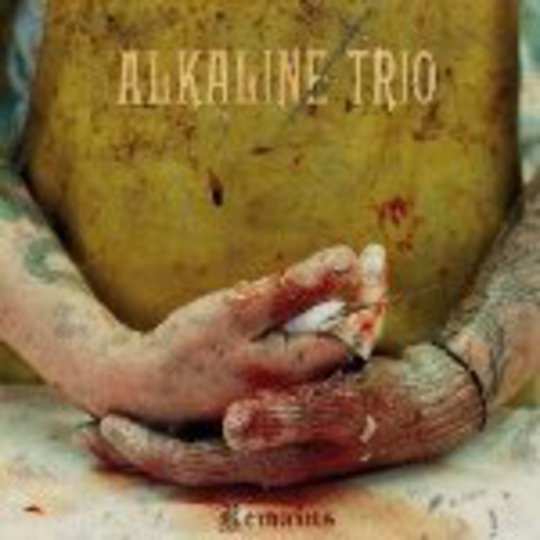 Ever since the Ramones drank bleach and belched their three-chord burps of songs all over hordes of unwashed fans, there has always been a big place in the public heart for bands like Alkaline Trio. From The Sex Pistols to Green Day to their bratty offspring, it seems there will never be a shortage of cheap punk thrills, whatever the generation.

What sets the Alkaline boys apart from the deluge is their love of the macabre, which permeates their lyrics through and through. Me, I’ve never been sure whether the Chicago three-piece are a dumb band with insightful moments, or a clever band with a propensity to play their IQs down a notch. If this collection of rarities and compilation tracks is anything to go by, the answer is “it doesn’t really matter”. Pondering the workings of A3 is about as useful as spending hours contemplating Big Mac secret sauce – the only way to enjoy it is to open wide and get stuck in.

Unlike, say, The Used, who seem to spit out these sort of stopgap releases as often as actual studio records, Alkaline Trio are solidly consistent at their craft and have plenty of non-LP material that even casual fans will lap up. That this release clocks in at 22 tracks and nearly 70 minutes inevitably means it is an achievement to sit through. Still, when they break from their accomplished-but-generic grind the results are often intriguing, such as on the contemplative Crimson outtake ‘Sadie’ and the ‘80s indie-pop of_ ‘Don’t Say You Won’t’_.

The room allowed for all these facets of the band to sit side by side actually lends Remains an advantage over the rest of their back catalogue and, for me at least, recommends it above their studio albums as a place for newcomers to start.