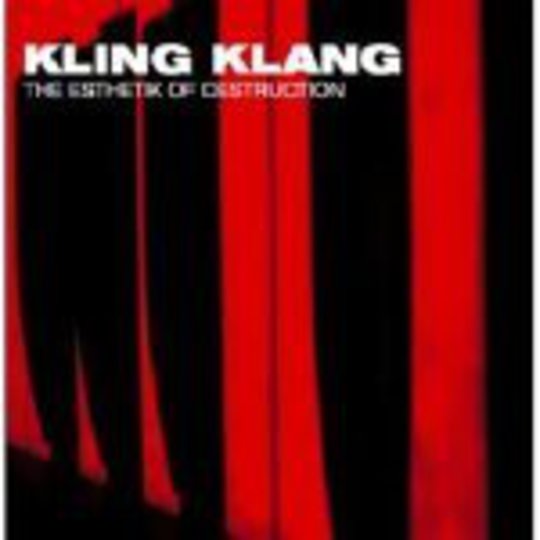 What, exactly, is the average consumer of music’s many forms to make of this, the long-awaited (in certain circles) debut album from Liverpool-based purveyors of drum-and-synth oppression Kling Klang? Your dad – my dad – would refer to it simply as “noise”, and while this is unfair to some degree – there are tunes here, buried beneath motorik beats and fuzzy hums from vintage keyboards – it’s nevertheless an opinion with one toe dipped in the pool of everything fact, as The Esthetik Of Destruction is as difficult to digest as its title is to spell. ‘Esthetik’, is that supposed to be clever or something?

A compilation of many a seven-inch and EP release, with a few unreleased efforts fleshing it out to fifteen tracks, The Esthetik… is a hard-going affair – it’s more inaccessible, even, than the outfit that the quintet so obviously steal their name from. (Well, from their studio, anyway.) Juggling pigeonholes like krautrock, drone and synth-punk and letting the proverbial balls fall makes a hella mess, but one that summarises this sound, near enough. It’s based on repetition and a total disregard for the notion of commercial music; it buzzes and pops, fizzes and thumps for forty-fucking-five minutes, during which time only the most cyborg-ian of individual won’t reach for the skip button.

A few thousand squelches and synth belches after the record began, it collapses like one of those Star Wars four-legged walking tank things – you know, on that icy planet – once its limbs have been yanked from under it. Smash, bang, wallop: shall we go around again?

Nah, ta. For once I’ll side with pops.

Land of a Thousand Words