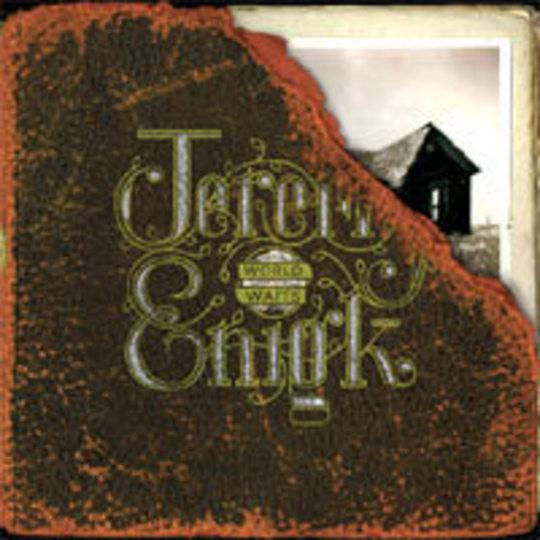 And what a wait it’s been: ten years ago, former Sunny Day Real Estate singer Jeremy Enigk released his debut solo effort, Return of the Frog Queen. Despite positive press for the oddly-titled long-player, it’s taken until now for a sequel to make its way to record store shelves. And has the wait been worth it?

Of course it has. Those already au fait with all things Enigk – and that includes his progressive rock-influenced The Fire Theft project, currently on hiatus but far from forgotten – will fall instantly in love with World Waits: the swirling orchestral splendour of opener ‘A New Beginning’ sets the scene for what proves to be a lusciously arranged, incredibly pretty album. Enigk’s vocals have always been something of an acquired taste – he’s no Joanna Newsom, but his tones are quite unique – but throughout World Waits a husky maturity looms over returns to high-pitched squeals and prolonged syllables. The album’s an obvious product of a man nearing middle-age, and using all his many experiences to form a record that captures a moment, that moment when you finally realise childhood is just a distant memory. This is Enigk all grown up; the wimpy underbelly, the overt vulnerability, of some previous material is conspicuous by its absence.

Never hurried, the album flows gently but never so languidly that attentions can grow indifferent: the title track, the record’s penultimate offering of ten, is a deliciously paced slow-burner, subtle string embellishments peppering a basic backbeat and keyboard drones, while all the time Enigk emotes splendidly across the top of everything. It’s easy to forget that this is a man who spearheaded the emo-rock movement of the mid-‘90s with Sunny Day Real Estate, at a time when the genre wasn’t so rightfully derided as teenage fodder and little more; he can deliver more true, heartfelt emotion in a single line than any modern-day pretender to the not-so-narrow pigeonhole can muster in a lifetime.

While the album’s steady pace makes for few edge-of-the-seat thrills, World Waits is a success of consistency and coherency – its piano-led ballads segue seamlessly into acoustic guitar lamentations, which in turn twist themselves into flourish-dotted indie-pop delights. Newcomers are sure to wonder what all the fuss is about, unless they take the time to immerse themselves in Enigk’s lyrical world, but old hands will enjoy this ten-tracker immensely. He’s on tour with Brand New in the New Year: quite how today’s emo-rockers will receive him, only speculation can flirt with.