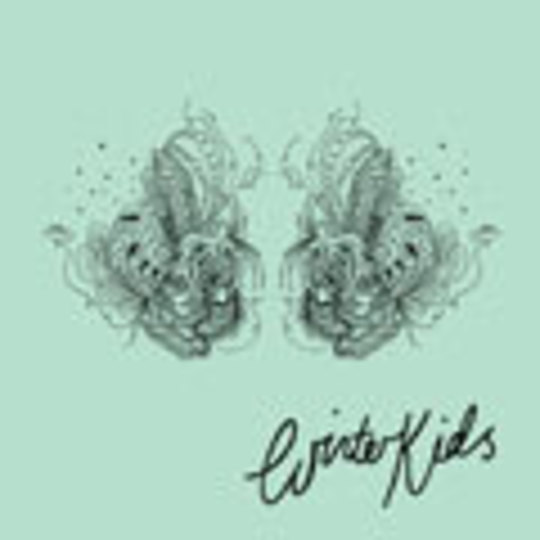 With all the youthful exuberance of a summer Sunday School outing, Guildford five-piece WinterKids have made the brightest, sprightliest, most wide-eyed smilingly fantastic pop record you'll hear this side of yuletide.

With keyboards that sound like xylophones in the snow and vocals that could be deciphered as being just on the mature side of immaturity, 'Tape It' is essentially about missing an episode of your favourite television programme. That last bit sounds pretty damn humdrum, doesn't it? But listen closely and you're actually re-living the tale of an underdeveloped love story that never quite made it... or did it?

"In the middle of the night she said, 'Leave it out...'," complains headKid James Snyder before adding, "...leave it in" like the presumptuous young disciple of Jarvis Cocker he may well be. Add to this a tune that only Los Campesinos!'s 'You! Me! Dancing!' rivals for infectious danceability and you've got a match made in heaven, whatever young Snyder and the lady in question think.

Flip over to 'Who Am I Kidding' and Snyder's younger sister Hannah takes the lead in a Kirsty MacColl fronting The Delgados kinda way, a way that makes the subtle lure of sweetness and innocence seem more inviting with every sigh of a vowel and whispered full stop.