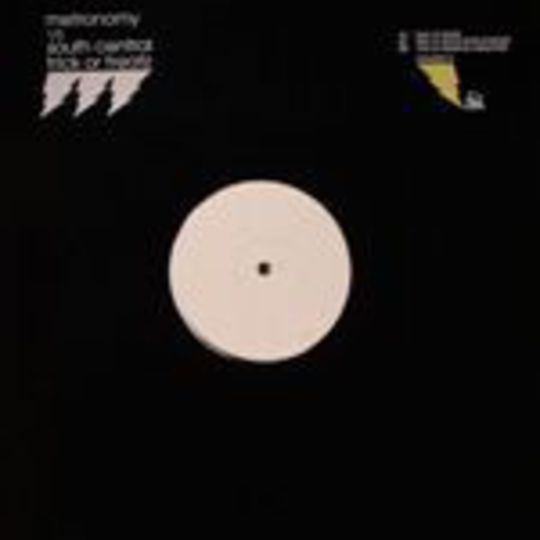 Twenty-three-year-old Justin Mount, AKA London’s Metronomy, has been causing a considerable stir recently. And on the basis of this song, it’s not too hard to see why, I guess. The pokey, nerdish bass keeps heads nodding with its ‘on/off on/off on/off on/off’ plod. Guitar lines almost as simple stroll over the top; more parts ambling poise than brave swagger. Something squelches. A breathy, corrugated female vocal sings about boys and "treats" (treatz?), and teeters on top of the beats (beatz?) like it was cut out hurriedly with scissors. Sorry if that last sentence hurts your eyes…it’s just that there’s something about this single that don’t quite compute.

It’s detached, digitalised; robotic and cold; aesthetically inhuman. So why, after a few listens, does it begin to sound so charmingly shambolic? The remixes help. 'Trick or Treatz (South Central Mix)' is an entirely different proposition to the single version, and is all the better for it – it is, as press releases seem so fond of saying these days, “a massive, filthy club banger”, wet with techno-glitch hyperactivity and booming bass. This crosses the KOKO/Fabric/Lloyds Bar divide like Hot Chip did, and for that Mr Mount deserves at least a gentlemanly pat on the back. As this romps home, however, you’ll probably be more of the mind to transfer a big, slobbery kiss from your scabby chops to his.

The Klaxons remix that follows neatly rounds up the other two, meeting somewhere in the middle of the tick-tock rhythm and the carnal dripping. The most immediately noticeable thing is the octave or two that the bass drops as it comes lumbering into view. That, and the return of the random squelch. Random squelch? Tonight? Talk about lowering the tone. Oh and no, I have absolutely no idea what this song has to do with Hallowe’en.