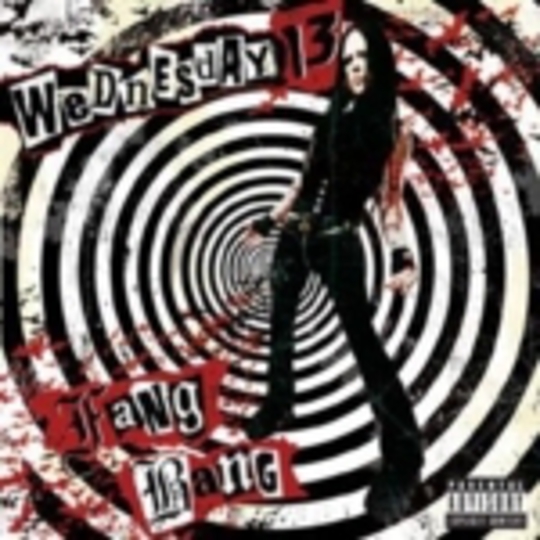 Essentially a solo project from the former Murderdolls frontman, _Fang Bang _is the second release from Wednesday 13, and its heady mix of punky glam-rock tunes and gormless shock-horror lyrics is an even more tedious affair than the last one.

I love Alice Cooper as much as the next man. He has a faultless and undeniable genius that still holds massive appeal across the globe. Sadly, Wednesday 13 does not even hold an extinguished candle to the great man, however much he might try.

With songs like the ska-tinged ‘Morgue Than Words’ _and the more straight-rocking _‘My Home Sweet Homicide’, the tongue-in-cheek emphasis is clearly on hilarious no-brainer rock ‘n’ roll fun. None more so than ‘Too Much Blood’, where Mr 13 sounds like Seb Bach on valium. There are a few more bog-standard tunes that fail to deviate from the formula even slightly, but they really don’t merit discussion.

If, somehow, you find yourself enjoying this record then you really ought to just go get some Alice Cooper. He did this whole shtick so much better two decades ago. This pales in comparison.