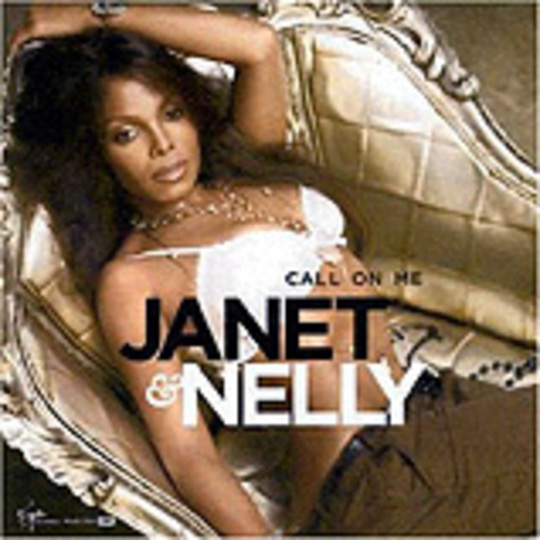 How to read this one? I’ve never followed the career of Janet Jackson as closely as that of some of her contemporaries (or even her elder siblings). I know she’s better in the lyric-writing department than she is at singing – and better at dancing than anything else. Also, even the most casual glance over her back catalogue reveals that her image and her albums have become more and more sexually explicit with each and every release since Rhythm Nation.

Her last release, Damita Jo, saw Janet (Ms Jackson, if you're nasty) not so much addressing the subject of sex with her usual openness and candor, but actually sounding like an operator on a phone-sex chatline. The fact that the album's release date followed a Justin Timberlake-assisted 'wardrobe malfunction' probably didn't help either. Maybe this is why the first single off her new platter sounds positively PG-13.

Anchored by a tinkly sample and cookie-cutter beats, 'Call On Me' is a pretty restrained affair for Jackson, and musically it gets repetitive real fast. Not only that, but her falsetto delivery is nowhere near as compelling as Nelly’s smooth tenor; he rides the groove all over this track, snaking in and out of the beat, and inadvertently steals the entire song right out from under her. And while it may sound naff to talk about the lack of chemistry between their vocal approaches, it’s a pretty important ingredient in collaborations (just ask Kelly Rowland).

Without it, this single is indistinguishable from around 99 per cent of all the downbeat R&B slush that’s shovelled into rotation every month.