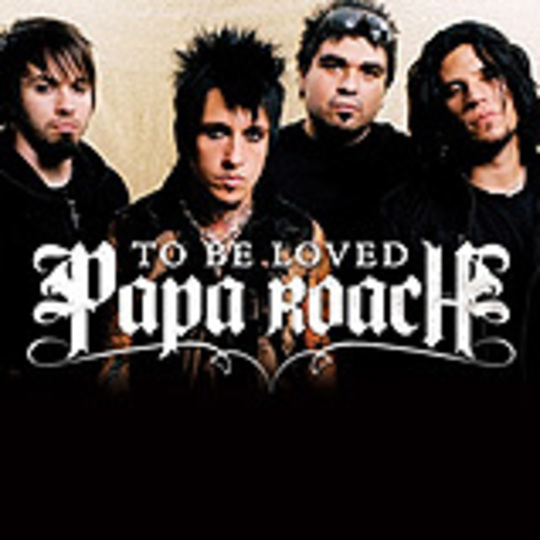 It's shaping up to be a good year for heavy metal. Not only has 2006 seen the release of fantastic new albums from (comparatively) young up-and-comers (Mastodon, Boris - click bands for reviews), there are veterans enjoying incredible returns to form (Motorhead, Slayer - likewise) and the best part is, it's not over yet - both Converge and Isis have new releases on the way, and Sunn 0)))'s collaboration with Boris is due out around Halloween.

So you might be forgiven for asking what the hell we need a new disc from Papa Roach for. Unless you're hard up for a coaster.

It's been five years since the the world at large became aware of Papa Roach through 'Last Resort', a big-thumping slab of dumb-rock with an excellent neck-snapping riff that supplied enough juice to send the album it came off triple-platinum. In the years since, as the entire nu-metal scene (with the exception of Deftones) was reduced to a punchline, Papa Roach became less rap-rock and more nu-hair-metal as their music lost any of the admittedly already blunted edge it had to begin with.

If this new single's anything to go by, the band are almost a nu-metal caricature. Over paper-thin snares and a jangly riff, vocalist Jacoby Shaddix approximates some vague complaints before the "Whoooah"s of the chorus send the whole thing into the realm of self-parody; "Takin' it back to the hardcore level!!" he yells, igniting the fire that burns inside the heart of every nine-year-old, and causing anyone who's ever heard a Converge song to burst out laughing. You probably don't need anyone to caution you against buying this sort of thing, but all the same, consider yourself warned.