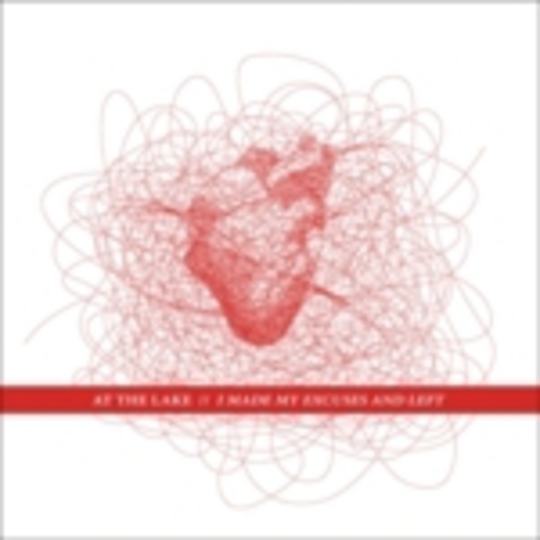 “I’ve found somewhere else to dwell”, mumbles Matt Forder, “I’ve found someone else”. Self-centred shoegazing it may be, but to dismiss At The Lake’s ‘I Made My Excuses and Left’ out of hand would be cruel. The tone and register of Forder’s delay-heavy vocals do owe more than a little to Morrissey, Marc Almond and 1988, but behind the frustrated, introspective voice of the London quintet lays a desire to turn up the volume.

Hammered Hammonds hide behind an uptempo wall of drums, bass and bristling, free-roaming guitar work, in sharp contrast to the slow, beleaguered vocals. Dismissing their frontman’s apparent plight, the rest of the band take the helm, turning what could have been a slow trundle through My Bloody Valentine’s least interesting of moments into a far livelier, fuel-guzzling affair. When the vocals are absent, the music is vibrant, yet it calms audibly upon Forder’s arrival in the verse, before reaching a compromise for the chorus, and despite never kicking in like the stereotypical loud/quiet rock arrangement, At The Lake’s introverted/extroverted approach has a similar effect.

This is what can make ‘I Made My Excuses and Left’ a compelling listen, but initially it’s frustrating - there is such potential behind At The Lake’s more upbeat moments that it is a shame that more isn’t made of it. What’s here is promising, but should the rhythm section ever cure their singer’s ills, then the fun will really begin.