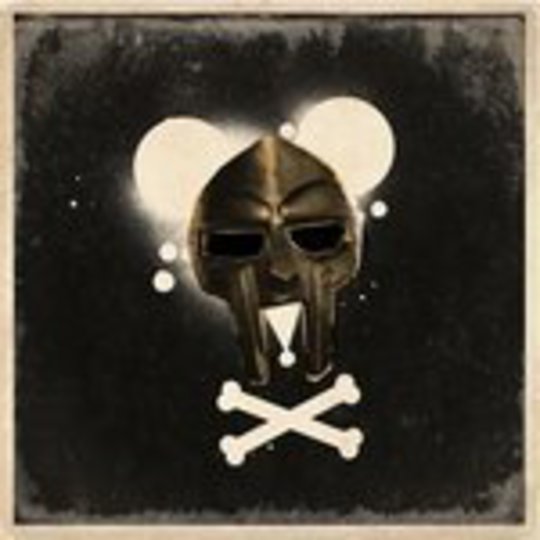 Cartoon escapades put to the soundtrack of spacey hip-hop beats, this has only two directions for which to head: hilarious lampooning of hip-hop’s staples, or, a monotonous, sometimes offensive trek. Unfortunately, this EP of remixes, outtakes and skits from **DangerDoom** has veered off the road dramatically and lodged itself firmly in a hedge of irrelevance.

Essentially, the weakness of _Occult Hymn_ lies in its humour. Whereas MF Doom and Danger Mouse’s debut LP _The Mouse & The Mask_ knew best to keep their cartoon incarnations to a minimum, this EP puts them centre stage and isolates the listener with jokes that either you’re in on or you’re not. Skits _‘1’_ and _‘2’_ rely on the listener finding amusement in jokes that feel as though they were constructed on drunken evenings and that have been suitably treaded in their debut.

Remixes _‘El Chupa Nibre’_ and _‘Sofa King’_ go no further in comforting the listener, instead substituting the buoyancy of the originals with a clunky sound and an abundance of derivative soul samples. Even hip-hop legend **Madlib** struggles to find a pulse in the LP’s weakest track _‘Space Ho’s’_, where MF Doom’s shockingly tedious flow becomes brutally apparent.

Borne from an LP already given too much attention, _Occult Hymn_ shows no sign of progression from two men clearly in possession of much talent. Costing nothing and available here, at the very least they cannot be accused of cashing in.